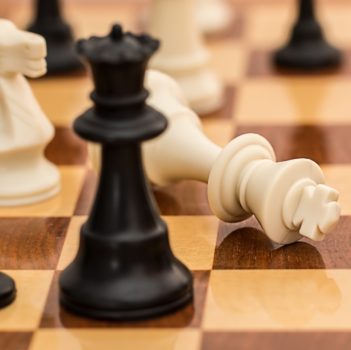 Email is one of the oldest marketing channels that can still be exponentially more profitable than Facebook and can benefit publishers. Writing exclusively for ExchangeWire, Keith Sibson (pictured below), VP product & marketing, PostUp, explains that publishers putting the value on building direct relationships with their audiences is the right strategy to be competitive in the world of social media platforms.

The digital publishing industry’s struggle to monetise content has led to an increasing reliance on platforms. For a while, it worked: publishers enjoyed unprecedented reach, and the ad revenue rolled in. But as algorithms shifted, and social media became more pay-to-play, publishers have found themselves in need of new ways to sustain their digital business models.

Meanwhile, the email newsletter is in the middle of a sustained renaissance. It’s no coincidence that these two events are happening side-by-side. Email has quietly established itself as an important tool for publishers, building relationships, nurturing audiences, and driving revenue in a way not possible with platforms. Successful publishers have taken advantage of this ability, and any publisher hoping to do the same would do well to follow their example.

Two tragedies of the commons: Programmatic & the platform

Publishers have been searching for the optimal way to monetise ever since the internet turned the print business model on its head. First, traditional publishers replicated their ad-driven model digitally, using sales teams to sell online ad inventory. Then, programmatic’s turnkey monetisation capabilities removed this barrier for entry, forming a viable business model for publishers of any size. But, as everyone raced to profit from programmatic, ad inventory skyrocketed and revenue per impression plummeted. Publishers would have to put ads in front of more eyes for the system to keep working.

To prop up their programmatic revenue streams, publishers turned to Facebook. For those lucky enough to get in on the ground floor, it was a foolproof way to reach massive audiences, get clicks, and generate easy money. However, as more content creators fought for a piece of the Facebook pie, publishers found themselves in the middle of yet another 'tragedy of the commons' scenario. The glut of cheap content combined with shifting algorithms to crowd out quality publishers, sinking their organic reach and their revenue along with it.

Publishers are now seeking ways to monetise their audience elsewhere; but they must do so while overcoming another unfortunate side effect of platforms: by chasing easy clicks, publishers have lost their direct relationships with readers. Publishers don’t own their millions of Facebook fans; Facebook does. Any publisher wanting to be profitable must first establish the connections that allow them to communicate with audiences outside the whims of the platform. 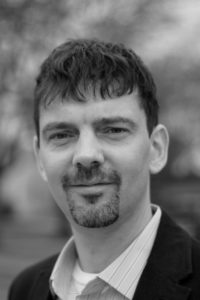 Email is arguably the most effective channel of communication for building these relationships. Unlike followers on social media platforms, who can only be reached when the algorithm says so, publishers can lay claim to their email list as an owned audience. Email is a direct line that enables publishing companies to reach their audience at any time of day, on any device, and regardless of any algorithm changes.

Newsletters aren’t just popular with publishers; they’re one of the favored ways to consume content among engaged readers. With email, readers don’t have to chase down headlines or scour endless lists of articles on publisher sites. The inbox provides a focused, self-contained way to consume content at the reader’s convenience. Additionally, some publishers use email to deliver more informal content than they provide on their own sites. The more personal tone of their newsletter content further cements publisher-reader relationships.

Still, Facebook isn’t going away anytime soon, so publishers need to make the most of social media’s wide reach in order to funnel new readers into a place where connections can be made. Instead of contending with falling organic reach and fleeting social traffic inside the platform, publishers can convert these readers into email subscribers. By taking advantage of Facebook’s capture forms, as well as by capturing readers who come to their site from Facebook, publishers can take their audience back from the platforms. It’s through these owned audiences that publishers will find the most success in monetisation.

Rather than being just another communication channel that demands resources, email can often be a source of profit for publishers. Whether ad-driven, or based on paid offerings, the email newsletter is versatile enough to supplement any digital business model.

Sites that depend entirely on ad revenue can use email to boost traffic. Overall, email audiences are more engaged than the average reader. They visit more pages per session, and they visit your site many more times than a reader who stumbles onto it from social media. Facebook visitors average 1.2 pageviews per visit and will likely disappear forever after that first visit; devoted email newsletter readers have double the pageviews per session and will come back dozens of times.

Premium sites can also use email to nurture readers into becoming paid subscribers. Receiving regular content directly from premium publishers is a good way to convince readers of its value. The New York Times found that readers are twice as likely to pay for a subscription if they sign up for an email newsletter first.

In the meantime, while publishers are waiting for newsletter readers to convert, there are a number of advertising solutions available within the emails themselves. Email allows publishers to bypass ad blockers and put traditional banner ads, native ads, and sponsored content in front of highly engaged readers, which are valuable to advertisers. Indeed, some of PostUp’s clients make over two-thirds of their revenue through their email programmes.

It’s a classic storybook case: while publishers spent all their time chasing after platform fads, the answer they sought was under their nose all the time. Email is nothing new; but as problems with programmatic and platforms come to light, publishers are realising the value of an invitation to the inbox. Email might not be a silver bullet to solve publisher woes; but whatever the answer to the monetisation puzzle is, email will play a role in it. Going forward, publishers will be hard-pressed to stay afloat without taking advantage of email’s audience development and revenue potential.