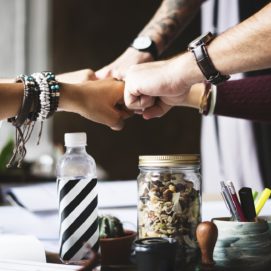 Publishers need innovative thinking to run their businesses in such a dynamic and competitive space; but keeping the buyer’s needs in forefront of their minds is proving to need just as much attention. Writing exclusively for ExchangeWire, Erik Requidan (pictured below), VP sales and programmatic Strategy, Intermarkets, talks about the importance of the buyer/seller relationship and the technology that needs to be aligned to support the overall strategy.

It’s clear the role of the publisher in the programmatic era is changing. Publishers need to start thinking differently about their position in the ecosystem, chiefly in the way they approach their relationships with buyers.

At ad tech industry events I attended over the last several weeks, there was a great deal of discussion about the evolving relationship between publishers and buyers, how that relationship needs to change, and how technology can facilitate those changes. There were also, simultaneously, a lot of publishers asking misguided questions concerning what percentage of their sales should be direct versus programmatic. It quickly became clear that publishers are unsure of what the right balance should be.

Progressive operators know this is a misguided question, and here’s why: direct sales deals have historically had many negatives, issues, and flaws. They’re a nightmare with regard to optimisation. Buyers typically want to buy for one brand at a time, they want a certain volume of impressions, and they want a fixed price. Publishers once dreamed of having these deals lined up in advance and locked in, but the more they’d try to accommodate these buyers and their individual needs, the less nimble they would become. Surely it would be better to have buyers who are interested in flexibility regarding rates, who buy for multiple brands, and who can optimise to different KPIs.

The beauty of programmatic is that it frees publishers from just one traditional way of selling ads. The old-fashioned direct deal wasn’t ultimately beneficial to anyone – not the buyer, not the seller, not even the ad server. Traditional direct deals allow buyers to cling to certain performance expectations, and that can strain relationships with sellers. Data-driven, automated buying and selling are ultimately better for all involved. Think about all the things you never had with old fashioned direct deals. Examples include: bid stream data like location, device, operating system, and more. Also, your metrics and measurements are all ‘after the fact’, more like non-responsive data versus real-time metrics and real-time data – who will argue this is better? 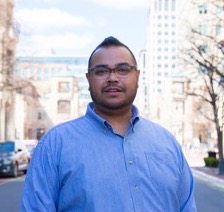 Building a stronger relationship between the buyer and seller should be an industry goal; and today we can use technology to facilitate that. Consider this a movement – call it ‘Programmatic Seller 5.0’ – and, in this movement, we have direct programmatic deals, wherein buyers leverage the exchanges as utilities. Our goal should be to redefine direct, not to increase direct sales over programmatic. A shift in this direction means that even the exchanges’ services are changing, as they can focus on improved technologies and helping connect premium demand with premium publishers.

Publishers then need to focus on building those direct relationships with buyers, and putting the buyers’ needs ahead of their own. There is so much data in publishers’ troves that buyers can actually use, and data that can help advertisers become more successful. It’s much more meaningful than a comScore rating, or how well a site or network can scale. The sell side has the power to help the buy side achieve its goals; and that’s where the conversation should be focused. If we’re looking at the direct sales relationship through the lens of an actual human relationship, it should be two-sided, right? But, too often, publishers enter the room talking about how great they are, how big and important and premium, essentially saying the buyers would be lucky to partner with them. If that was a first date, do you think that relationship would go anywhere? Successful, healthy, enduring relationships are mutually beneficial.

Buyers have goals and publishers need to understand those goals and help achieve them. Common goals include execution against spend and achievement of certain benchmarks: conversions, clicks, sales, improved ROI, and other actions that are important for their clients or businesses.

Technology & trends are aligned to support the relationship

It’s helpful that the ad tech stack is evolving to become more buyer-centric. While early header integrations helped publishers maximise yield and profit, it’s actually even more advantageous for buyers, who gain a better window through which to build direct connections with publishing partners.

Direct deals are an important step towards building closer relationships between the buy- and sell-sides of the industry. However, the direct deal has evolved. Buyers are more screen-agnostic now, less concerned with which screen displays their ad, but more concerned with attribution. Publishers have many tools available to them to deliver everything the buyer requests, including the data and analytics they need to build those closed-loop reports. However, publishers need to embrace those tools and help buyers transact directly, but in an automated fashion.

Transparency is also a critical component of the improving relationship. Buyers are demanding transparency, not just around where ads have appeared, but around every aspect of a purchase: URLs, pricing, potential outcomes, and risks. It’s also critical that they know where their ads reside, with respect to priority within the server, if they’re buying both directly and programmatically. This is a big reason that old-fashioned PMPs failed on their promise and frustrated buyers. This has also turbocharged the increase in buys executed through the header.

Since 8-in-10 dollars will be spent programmatically, it’s time to start looking at direct as a subset of programmatic. To do so would mean that publishers are embracing buy-side needs along with data and automation. It also means that publishers need to start thinking more about the buyer and less about their own interests. In the end, that mindset will benefit everyone in the ecosystem.