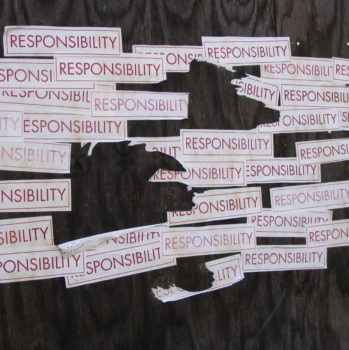 The GDPR is on everybody's mind. But will it be effective in battling ad fraud? Erika Soliven (pictured below), marketing director, Sociomantic Labs, believes that the industry needs to take responsibility for the problem. In this Q&A with ExchangeWire, she calls for action on ad fraud – and more gender diversity in ad tech.

What are the most pressing concerns plaguing the industry today?

While GDPR is rumoured to be the next ‘ad blocking’ affair, set to rattle the industry, those prepping themselves for the new legal framework will likely weather the potential storm.

Fraud, however, continues to rear its gnarly head, and has been doing so since ~2009. Now, it’s eyeing up a slice of the projected USD$38.5bn (£30bn) programmatic ad spend by 2020. According to BI intelligence, brands will waste an estimated USD$16.4bn (£12.3bn) thanks to ad fraud. Whether bots, click farms, or other fraudulent activity, online marketing can’t seem to shake the dishonest brokers who take advantage of the loopholes. 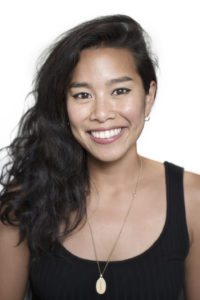 It’s a combination of a number of things and we, as an industry, ought to shoulder the blame. Problems translate into opportunities, and many – ad exchanges, publishers, and buyers, too – step up selling wares as a '100% fool-proof solution’ to ad fraud or viewability or brand safety or (insert latest buzz word). Advertisers who buy into these solutions perpetuate the cycle by rewarding dubious partners. The ones who benefit tend to be ad tech players who are driven by short-term gains and maximising profit. Consequently, the supply chain lengthens and the ad server structure grows increasingly complex, enabling fraudsters to proceed. This is not to say there aren’t earnest companies or bodies already acting in the best interest of advertisers (whilst maximising return, at that). It’s simply a reminder that we all bear responsibility to work together, pool resources and information, and challenge one another with the necessary questions, to truly clean up the ecosystem. After all, USD$16.4bn (£12.3bn) is no paltry amount.

How might we all challenge the ad fraud status quo, then?

To truly shift the status quo, industry leaders need to take charge; others will follow suit. It’s the big players with deep pockets who can form an effective opposition against the bad eggs populating our industry. Investment poured into R&D is helping and, indeed, many companies are doing this. At Sociomantic, we’re continually looking to improve our technical infrastructures to help advertisers steer clear of buying non-human impressions. We’re all too aware that sharing (and learning) from across the industry can only help us become even more sophisticated. Which is why cross-industry initiatives like TAG (the Trust Accountability Group) are incredibly valuable. TAG introduced its anti-fraud seal (earned by companies like Sociomantic), wherein compliant companies’ anti-fraud programmes are vetted independently.

P&G’s Marc Pritchard recently gave TAG a shout-out during his keynote at dmexco, saying its anti-fraud measures helped prevent P&G from forking over cash to bot farms. It’s time other advertisers demand more from the industry, too. For example, we’ve gotten a whiff of Ads.txt on the rise, but it doesn’t seem to have taken off yet. Pushed forth by the IAB, Ads.txt is a process to aid in the elimination of trading illegitimate inventory. Perhaps a rallying cry from advertisers would encourage more publishers to implement this?

How did you actually get started in the digital advertising industry?

The internet had always been a leisurely pastime for me, from creating zines on geocities (RIP), to the agonising politics of choosing my top eight MySpace friends, or revelling in tweeting from my mobile when it was only possible via SMS. But it wasn’t until working at CityDeal that I fell down the German startup rabbit hole. Now, in this ad tech space, at Berlin-headquartered Sociomantic Labs, I’m part of one of the most fast-paced industries. Where once I was along for the ride as a user, I’m privy to what happens behind the scenes as technology for these platforms evolves.

And as a female in ad tech, what is your take of the industry’s diversity?

It’s not simply black and white because there are many different layers. First, there’s the general population of people working behind the scenes in sales, services, creatives, and marketing. At a glance, it’s a pretty diverse scene; and I suspect it’s partially due to how relatively young this niche sector is. Compared to the traditional advertising side, ad tech isn’t necessarily hindered by a legacy of mostly white men in suits, smoking cigars. That is to say, I can look around the office today and not feel like an outsider. Hell, I might be the one in a suit, swigging whisky.

Diversity, of course, isn’t merely ticking the box for having equal numbers of men and women – it’s folks of colour; it’s inclusive of disabilities, visible or not; it’s beyond binary notions of gender. It’s a long way before most industries can achieve such a rich tapestry, but some regions are trying. Take Germany, where according to national law, companies that do not have disabled persons in their employment are required to pay towards the Integrationsamt. This is a government body that supports persons with disabilities, particularly when it comes to employment.

Elsewhere, chief diversity officers are being hired, diversity reports are being released, and goals are being set from within. It’s a work in progress. One of the things I love about ad tech is how the pace of technological development parallels the speed of career progression. You can be new to the industry and still have a hand in shaping it. But, for one institutional reason or another (that aren’t unique to ad tech), the C-suite doesn’t offer the same diverse make-up. Women, some of whom are heroes of mine, have claimed their seats at the table, but it is still dominated by white men.

Finally, there’s the tech in isolation, where male developers are notoriously in the majority. Unless you’ve been living under a rock, you’ll have seen the tech giants’ names in headlines, in leaked internal memos, and detailed in ex-employees’ Medium posts. On the plus side, with a lot of these misogynistic encounters thrust into the spotlight, the tide seems to be turning. Or, maybe not quite yet.

What role do you see ad tech events play in moving the needle on women’s representation and issues of diversity?

In a thought-leadership capacity, events and bylines are crucial. First, there’s the matter of actually talking about diversity, or lack thereof. By discussing the importance of building a team comprised of different ideas, experiences and backgrounds, we’re keeping these issues front-of-mind, and we might see the same resolve to confront the lack of diversity in the boardroom the way the industry addresses the lack of transparency along the supply chain. There’s also an amazing sense of support and mentorship that come alive in these talks.

Second, there’s representation. When I was kid, I was happy whenever there was an Asian girl in the movies or shows I watched. Never mind that the child actor wasn’t Filipino, she was usually close enough to being someone who could look like me. Today, I would love to see more women of colour as keynote speakers, for the same reason that my younger self was excited by seeing some signal on popular programming that I exist in this space too. The more women we see sharing their expert opinions, speaking on stage, or penning op-eds, the more it chips away at the conditioned notion that the boss, the founder, or the CEO, is likely to be a specific type of person.

To be clear, I’m not interested in representation for the sake of tokenism at an event, in the boardroom, or even on my television. That hardly solves anything and perpetuates the skewed views people have of diversity. Instead, the lack of diversity needs to be addressed early on – in school, at work experiences, at the beginning of a young buck’s career development, where an array of mixed voices and wildly different opinions can be seen and heard in the canteen, at trade events, in publications. If entering the industry our young Padawans are already exposed what diversity looks from the ground floor right to the top, then we may just smash that proverbial glass ceiling after all.

Thirdly, aren’t we bored of seeing all-male panels yet?