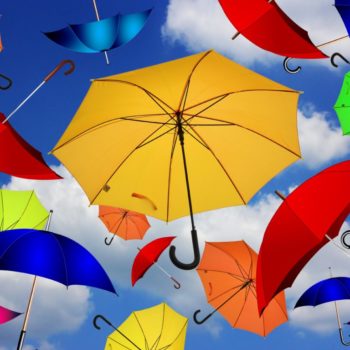 As in most industries, the online advertising ecosystem faces the same challenges with diversity. It is apparent there’s an issue, but who does the responsibility fall to to do something about it? In this Q&A with ExchangeWire, Jenny Biggam (pictured below), founder, the7stars, discusses the challenge of creating a more diverse industry.

ExchangeWire: What are the main social and economic factors threatening to block the pipeline of skills entering the media industry?

Jenny Biggam: Perhaps unsurprisingly, the most pressing obstacle for would-be employees is money – or lack of.

The average student leaving university today can be expected to carry a debt of £57,000 into their first job, putting them severely in the red zone before they’ve even stepped foot on the career ladder.

Moreover, as the majority of media jobs are located in urban hubs like London, Manchester, or Bristol, new-starters also have the prospect of high accommodation fees to contend with. This not only requires a decent salary – average rental fees in London are an extortionate £1,232 – but a hefty deposit as well, which many school or university leavers simply do not have access to.

Consequently, even before their careers have begun, people are entering the workforce carrying a very heavy financial burden – one that has both physical and psychological repercussions. As such, it’s not difficult to work out why many would-be employees might be turned off by the prospect of pursuing a career in the media industry.

Do media businesses have a responsibility to help ease the pressures on debt-laden graduates?

Many in the media industry would say their people are the lifeblood of an organisation, and nowhere is this truer than in agencies – at the7stars, we certainly believe our people are our strongest asset. 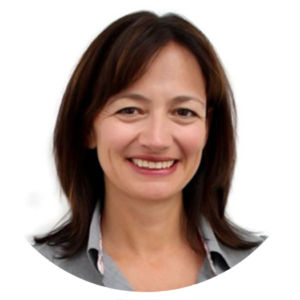 When you are able to bring together a diverse bunch of creative, committed, and clever people, and channel their talent and energy in the same direction, then any business becomes much more than the sum of its parts.

So, if media businesses want to attract the right mix of the best people, they must be prepared to make an investment – and not just for the financial short term. This means supporting grads, but also supporting the next generation of school-age students.

At the7stars, we’ve partnered with Visionpath, a social enterprise that upskills and empowers students aged 13-19 in the UK, helping them through apprenticeships. Programmes like this are a gateway to a career in media, so committing to these kinds of partnerships will help open the door to a more diverse workforce.

By failing to provide the necessary support to the future workforce, what kind of risks are in play for agencies and the industry at large?

Inevitably, if left unchecked, the consequences for the industry could be dire. For a start, there is a risk that the talent pool will eventually dry up entirely.

But before that, we face the inevitability of a very un-diverse workforce, which only permits privileged graduates, with the right support to hand, to join its ranks. This is not conducive to a productive, creative environment.

Not only this, but while there’s no question that a career in media remains an attractive prospect, agencies will increasingly be overlooked in favour of client-side roles if the package is more appealing.

And, outside of media, the appeal of the shiny world of tech and well-remunerated Square Mile of financial services will only amplify in comparison.

How can the industry go about ensuring that future employees have access to the tools they need to thrive?

As ever, internships remain an important first step on the media career path. They are not, however, a quick ticket to free resource.

Any lingering ‘old school’ views along these lines need to be eradicated in favour of clearly defined schemes where interns are paid a fair rate for their contribution to the business. Instead, for those graduating to the next rung of the ladder, it is essential that we make starting salaries as competitive as possible.

But committing to the living wage, raising salaries for graduates and school leavers entering the business, and offering equal benefits packages for staff at all levels is just the beginning. Agencies should also be thinking outside the box when it comes to the kind of extra support they’re providing.

At the7stars, for example, we have partnered with DotDotDot, a social enterprise that offers access to cheaper rent in buildings that would otherwise be empty. The resident, in return, spends time volunteering for good causes within the local community – a vital lifeline for those re-locating to London from across the country.

How will nurturing new employees in this way contribute to the health of the wider media ecosystem?

Our culture right now is focused on the fight for respect and equality for diverse, often marginalised groups.

As such, companies that nurture their current and prospective employees have the opportunity to foster a competitive advantage that could not only transform the company, but help drive higher standards of diversity, equality and, ultimately, creativity across the industry.

A commitment to fairness and personal growth will help bring more diverse talent into the artistic arena, giving us the munitions to push creative boundaries to the limit.

At the same time, ensuring our employees are given the resources and support they need to thrive will help us safeguard the next generation of diverse talent in media.

Have the skillsets required within the digital media ecosystem evolved? How can companies find and nurture these skills among the next digital media generation?

The digital revolution has made working life a whole lot more complex for marketers.

It probably goes without saying, that to be a successful marketer today, you need at least some technical knowledge. Knowing the fundamentals of coding languages such as HTML and CSS, and an understanding of how the internet works (beyond the surface level), for example, is essential.

Not only this, but given the concerns brands have around transparency and online safety, brands increasingly want marketers with the capabilities to interrogate partners and suppliers about the clicks and impressions they’re paying for, which requires some level of relevant understanding.

When it comes to nurturing the next generation, schools and universities are already making digital education more accessible – London University has just launched an MA in virtual reality, for example – but companies also have a responsibility to be proactive.

This means offering training courses in relevant digital skills to new and prospective employees, where possible, and paid internships to students.

But is also means co-operating with relevant industry-wide movements, like the Advertising Unlocked initiative from the IPA, to ensure that the next generation of students, school leavers, graduates, or career switchers are made aware of the opportunities available to them as early as possible.