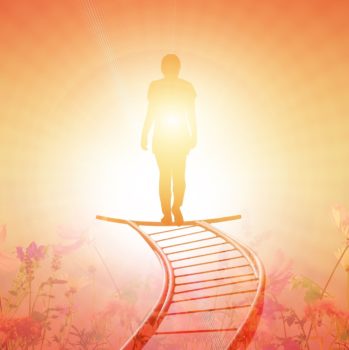 The industry is literally being held together with a thin layer of ad tech adhesive tape, namely the Chrome browser. Much of the current programmatic demand is being funnelled into Google Chrome - where cookie matching, frequency capping, retargeting and measurement is still possible. Safari has become the wasteland of programmatic buying with demand falling away. That can be seen in the disparity of eCPMs between Chrome and Safari.

The industry was put on alert a few months back when it was rumoured that Google was introducing some level of ITP in its browser functionality. Outflanked by its two closest competitors, Google now looks keen to follow Safari and Firefox in introducing more stringent privacy control.

Despite the efforts of the IAB consent framework, at this stage it can't operate in isolation. Even if the industry convinces regulators that TCF complies with current privacy directives (highly unlikely), it won't be enough. The browsers are two steps ahead of the legislators. They will block third-party cookies. The three decade ad tech party is over, people. Time to move on. But how did we end up here? And more importantly where do we go next?

How we got here

Trying to defend the use of third-party cookies is a futile effort. We lost the privacy war ten years ago when the industry spectacularly failed to inform regulators on cookie use in early versions of the GDPR regulations.

We also lost the public-relations battle - thanks to 'scandals' like Cambridge Analytica and the incessant PR activity by the likes of Johnny Ryan.

Say what you like about Johnny, but the man has managed to position himself as the de-facto czar of privacy. Every time a major publication ran a story on privacy, Johnny was there to offer some brilliantly emotive commentary on the matter.

His current employer, Brave, is an interesting solution for the new privacy-first age. Bitcoin-incentivised ads could well be the saviour of digital media if bitcoin ever goes mainstream. Ultimately though it won’t scale. And its dependency on a Google-based tech, Chromium, leaves Brave in the same precarious position as the rest of us. Rule number one of media survival: never be a dependant of Google. Ever.

As for the industry as a whole, we need to accept that the current ad tech infrastructure is not fit for purpose. All the things we take for granted (targeting, measurement, frequency capping, retargeting) are not going to be possible within the next twelve months. This is not scare mongering, I am just stating the obvious. And it is important we have this debate.

Prepare for the worst, hope for the best

The most exposed constituent in the whole ecosystem is the publisher. They have most to lose. I am hearing some disconcerting uninformed opinions about 'blind' contextual advertising filling the void. This is utter nonsense in the age of the walled garden. If I have a million £/$/‎€ marketing spend, I am not going to buy the Guardian blind with no targeting/frequency capping. It just WILL NOT happen in this data-driven age. Marketers will just buy GAFA or TV instead.

Publishers need to get ahead of this, and start forcing logins. The economics of the logged-in user versus the anonymous visitor is about to shift. Zero-party data will win. Ten million opted-in users are going to be way more valuable than 100 million users monetised via the current third-party framework. This could be the biggest monetisation opportunity for publishers in decades.

Mid-to-long tail programmatic buying will be severely constrained in the next twelve months. That spend has to go somewhere. I expect to see open market display CPMs for the authenticated premium web rise to above £10 CPM. Agencies and ad nets won’t be able to buy non-consented 'audiences' going forward.

Steps publishers should take right now to prepare for the new privacy-first era:

Where there is chaos, there is opportunity

But where there is chaos, there is a lot of opportunity. While others preach the demise for ad tech, I only see opportunity in this maelstrom.

Given this is ATS London’s tenth birthday, I am going to highlight ten areas where ad tech could thrive - a taster for this year’s event (limited tickets available).

1. Managed service and the rise of the QUADNET
Pivots will come aplenty in the coming 12 months. Watch out for the rise of the QUADNET (quasi ad network). Having built the programmatic pipes, many SSPs and DSPs will start moving towards the money. They will either work with agencies/consultancies to manage ad spend or openly compete with them. Reasons why will see the QUADNET include: access to opted-in first party data; dwindling margins (take rates going 6% not attractive) as a pure-play tech solutions provider; better margins to be earned on the managed service; and opportunity to leverage tech investments.

2. On-boarding and data plumbing
Liveramp’s current valuation reflects its complete dominance in the on-boarding space. But there is a lot of competition heading its way. Zeotap is doing well in Europe. Infosum, led by Nick Halstead, is also building a compliant way to segment and share proprietary data with third parties. There will also be room for companies like ID5 to stitch these disparate IDs together and scale.

3. Data management and activation
Making first-party data work will be a huge area of growth. It is all well and good having zero-party data but how do you segment, activate and target in a privacy-first way? If email becomes the identity key online how do you activate and protect that data online? This is going to be a critical piece for marketers and publishers.

4. Backing ad tech into media
Superawesome announced last week it was launching an AVOD solution for kids. The ad tech company already specialises in compliant-first ad tech for the kids' content market. Its move into streaming is backed not only by content but also hefty upfront commitments from advertisers. I like this lateral thinking.

5. CTV and the user-facing solutions
There is no better segment at monetising content than ad tech. There is huge opportunity in developing ad-funded content models around a number of verticals built on first-party data. In my view, the CTV model is a classic ad net strategy, bringing demand and supply together. It will require other skill sets, such as licensing negotiation, brand building and customer acquisition.

6. The other channels
OOH is getting lots of attention right now. All the opportunity is on the demand side - as supply is dominated by big OOH players. Opportunities include: aggregation of demand; workflow; and making DR work in OOH.

7. Workflow
It might be boring but there is real value in making things work more efficiently in media. Pure-play SaaS for core constituent players will become a hot spot for ad tech.

8. DTC brands will define the next decade
We hosted DTC London last week, and the event was attended by over 80 brands. It was interesting to see the mix of vendors/agencies/consultancies there. Judging by the pitch of all three, it is clear to me that ad nets are going to compete with agencies and consultancies in the coming years to manage spend for this growing segment. Outcomes are going to be a key metric for DTC brands. And ad nets are well placed.

9. Retail and the treasure trove of 1st party data
Criteo have often been identified as the company most at risk from privacy regulation and the rise of ITP. Their revenues are predominantly based on retargeting - an area that will likely struggle in the new privacy-first era.

But there are two things Criteo have that will probably help them survive the coming 'cookiepocalypse': Hooklogic and their thousands of marketer-direct relationships.

Criteo could become the DoubleClick for retail, helping retailers not only manage ads on page but also activate/manage first-party assets. It is by far their biggest opportunity. Focus on this and Criteo will fly.

I expect this retail sector to be a strong area for general ad tech growth in both managed service (optimising across the likes of Amazon and Alibaba) and media/data activation - as data-rich marketers flex their muscle.

Criteo will not be the only challenger in retail ad tech. It’s a wide-open opportunity.

10. Apps and gaming remain strong
Vungle’s sizeable exit highlights again the importance of the app ecosystem for ad tech. Gaming is by far the stand-out app sector. Brands used to avoid gaming due to brand safety factors - but no longer. They need to access this audience, and are finally investing media spend into the sector.

With a finite amount of video inventory on the market, rewarded video is becoming popular with marketers. Faced with declining revenue around in-game purchases, game publishers are building a sizeable ad business around the offering.

The ad-funded gaming model is in rapid growth stage - and ad tech vendors are in a strong position to help both marketers and developers.

After ten years of programmatic, it is time for fresh thinking on all aspects of digital marketing. I look forward to seeing you all at ATS London where we all get a chance to debate all of the above. Do get in touch if you think I missed out on anything specific.

ATS London 2019 will be held on Monday 9th September at BFI Southbank. Limited tickets are available for the event and can be purchased here.