In today's ExchangeWire news digest: An illegal deal between Facebook and Google has come to light after a group of US states have filed their third amended complaint; TikTok consumer spending reached USD$2.3bn (£1.7bn) in 2021; and Bolt have raised USD$355m (£260m) in (the first part of) their Series E round led by BlackRock.

An illegal deal between Facebook and Google has come to light after a group of US states have filed their third amended complaint in the “Google Digital Advertising Antitrust Litigation”. The 2018 deal allegedly advantaged Facebook, now rebranded as Meta, on Google’s ad auctions, according to court documents filed on Friday (14 January). The document states, “Facebook would win at least 10% of all such auctions in which Facebook bid.” In a statement, a spokesperson for Google, Peter Schottenfels, communications manager at the firm, has said that even though the complaint has been amended a number of times, “it is still full of inaccuracies and lacks legal merit.” Although Meta haven’t been named as a defendant in the case, they have also defended the agreement.

The complaint was first filed in December 2020, claiming that Google had broken antitrust laws to bolster their already thriving advertising business in unfair efforts to drive out competition. The tech giant was accused of “antitrust evils”, with the group of US states hoping that this litigation will ensure that “Google won’t be evil anymore.” One particular exploitative strategy allegedly used by the tech giant was designed by their “gTrade" team to manipulate bids belonging to small business advertisers. The program, which was named “Reserve Price Optimisation”, was created to dynamically adjust the price floors in Google’s exchange per buyer based on what they would actually pay - accessed through publishers’ user IDs. Facebook have seen themselves featured in this complaint a number of times.

Meta have also been named in a range of other complaints in recent months - the latest being a case filed by the US Federal Trade Commission (FTC) claiming that the social media titan “has long had a monopoly in the market”. Last Wednesday (12 January), Meta’s second attempt to throw out the anticompetitive lawsuit was dismissed after the FTC presented enough evidence in their amended document. In their failed attempt, the tech giant declared that Chair Lina Khan should be recused due to her alleged preconception of Facebook, and recent participation in the regulator’s vote to authorise the amendments. Their evidence, however, missed the mark and the Court denied the complaints, stating that they refuse to “engage in such speculation”. A trial will proceed, in which the Court anticipate the success of the commission will be “anyone’s guess”.

TikTok have raced to the top as one of the most downloaded apps, with 1.9 billion downloads around the world, and it won’t be stopping there. New research from Sensor Tower has revealed that in 2021 consumer spending on the social video app, including the iOS version of their Chinese localisation Douyin, reached a peak of USD$2.3bn (£1.7bn) - up 77% YOY. Q4 particularly exploded, seeing a global high of USD$824m (£603.5m), 57% of which came from Chinese users. In fact, every quarter bypassed the 2020 mark for consumer spend, showing their consistent rise in consumer interest.

According to Insider Intelligence, TikTok are estimated to reach 755 million monthly users in 2022, after seeing a 59.8% growth in 2020. There are suggestions that the Chinese video network has become the third-largest social media platform, behind Instagram and Facebook, and are hoping to dominate the food commerce market soon with the launch of TikTok Kitchen. The ByteDance-owned firm will partner with Virtual Dining Concepts and Grubhub, as reported by Bloomberg, to launch their delivery-only restaurant service across the US, with plans to open over 1,000 restaurants in around 300 locations by the end of this year. Consumers should be able to enjoy the TikTok-branded dining experience as early as March, as the popular service revamps as a super-app.

In a blogpost looking back on 2021, chief operating officer Vanessa Pappas commented, “for us, 2021 was a year for connection and we’ve seen people on TikTok laughing together, entertaining us, starting cultural phenomenons, and teaching us new things. It's been incredible to see the depths of entertainment and creativity from this community, and we're delighted to celebrate all the ways we've come together this year on TikTok.” 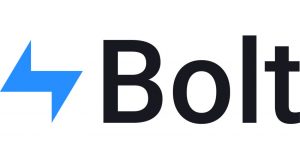 Online checkout technology platform, Bolt, have raised USD$355m (£260m) in (the first part of) their Series E round led by BlackRock, with participation from new investors including Schonfeld and Invus Opportunities. Existing investors, Activant Capital and Moore Strategic Ventures, also returned to support the round. The new investment now values the startup at USD$11bn (£8.06bn), with their total funding nearly reaching USD$1bn (£732.5m).

The new investment nearly doubled their valuation just three months ago, after they completed a hefty USD$393m (£287.9m) Series D with participation from General Atlantic and Untitled Investments. In a statement, the San Francisco-based platform stated, “this funding brings us one step closer to ending guest checkout on the internet.”

Bolt confirmed that they will use this new funding to advance their team in preparation for the future of the growing commerce sector. Michael Kuchmek, global head of Equity Capital Markets at Schonfeld commented on the recent funding, “we couldn’t be more excited to join Bolt on its journey to revolutionise online shopping, one checkout at a time.” They add, “through getting to know its management team, product innovation, marquee retailers, and remarkable partnerships struck, we have full confidence in Bolt’s ability to further simplify and democratise the checkout experience, helping both merchants and shoppers along the way.”