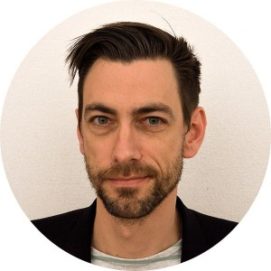 Martin Stockfleth Larsen, Adform, CMO, looks at the numbers from the latest Adform RTB Trend Report Europe, Q1, 2014, and argues that publishers need to embrace programmatic more than ever before.

In this piece, he demonstrates how publishers can earn up to four times as much as they are already seeing by employing rich media ad formats and applying the targeting capabilities of programmatic channels.

Each quarter we review programmatic spending patterns among advertisers across Europe and what those trends mean for publishers (as well as for advertisers but that’s another subject for another day). And each quarter I come to the same conclusion: There’s plenty of money for publishers to earn if they’d just embrace the channel once and for all.

Why do I say this? Adform just released the Adform RTB Trends Report, Q1, 2014, and the writing is on the wall. Advertisers are clamouring for programmatic rich media and they’re snapping up all available inventory.

And who can blame them? The data consistently shows that rich media does a better job at delivering campaign results. In previous reports we’ve seen rich media drives stronger engagement levels; from the Q1 data we see that click through rates (CTR) for rich media is 110% higher than the CTR for standard formats.

Despite the higher cost of acquiring rich media, the formats deliver a significantly lower cost-per-click (an important consideration for marketers concerned with return on ad spend).

In my opinion, the super-attractive CPC for programmatic rich media will prove irresistible for brand marketers, many of whom are actively planning to transition parts of their fat TV and direct-buy budgets to programmatic channels.

Our data shows similar results for programmatic video, as well as the newer attention-grabbing banner formats gaining traction in the ad exchanges. Video banners offer an appealing combination of strong CTR and affordable CPMs, and are a good choice for marketers who need strong campaign performance.

Meanwhile, the dazzling mega banner formats continue to reap the highest CPMs. When we looked at the top-earning banner formats, none of the standard options even made the list.

Which brings me back to publishers. Can’t you see that programmatic rich media, video and specialised banner formats are your low-hanging fruit? A straightforward, super-easy way to boost overall yields in the coming quarters? Isn’t it time you turned this market around?

A market underserved
Numbers don’t lie. Even in the face of significantly higher earning power – and outstanding performance that will attract premium brands – the programmatic rich media market is woefully underserved.

When we dug into the numbers, we found that 65% of impressions purchased in Q1 2014 were for standard banners, and across Europe traded at an average CPM that was less than €0.50.

Meanwhile, programmatic rich media, video and big format CPMs (represented by the second peak in the chart below) accounted for just 10% of all impressions, yet delivered CPMs that ranged from €1.5 to €2.0. That’s 3 – 4x more than what standard banners earned.

Of course if you’re an optimist (as I am) you’ll see a silver lining. That 35% of all inventory sold for more than €0.50 CPM is a positive development on two fronts. First, there’s more inventory trading at the higher CPMs than there was this time last year, and by all accounts that’s a good thing.

Second, it’s proof-positive that the quality of inventory now available in the ad exchanges and private market places is improving (long a bone of contention among advertisers).

So, will publishers heed the message? Will they offer more rich media, attractive banners and video inventory programmatically? Programmatic is going mainstream, we see that in the incredible growth in ad spend. This fact opens new opportunities for publishers, let’s hope they seize them, so they can become fiercer competitors to social platforms like Facebook, Google and Twitter.