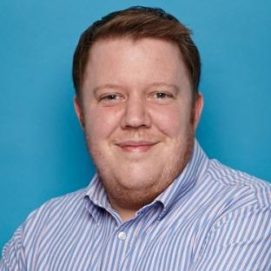 In this post, Wayne Blodwell, head of programmatic at iProspect shares his views exclusively with ExchangeWire about how the marketing industry will mature over the coming years.

Every major industry that has embraced a technological revolution, such as the assembly line, the combustion engine, investment banking, and so on, has found that many of the technologies that revolutionised their industry quickly became a low value commodity. This was due to the rapid rate of innovation this technology required with new players constantly moving into the market.

The marketing industry, within which I work, has been using technology in some form or other since its inception. However, in this time we have already seen two technological revolutions. The first was with the emergence of digital marketing that broke through in the early 90s, and the second was signalled by the advent of ‘programmatic marketing’ in the late noughties and early teens.

Ad servers and search bid management tools are just some of the technologies that emerged from the first revolution within the marketing industry. Today these tools are considered to be relatively commoditised due to the number of companies that offer them and the rate they charge,operating at small percentage points above media spend for their revenues.

What should we expect in this second technological revolution? Simple, commoditisation.

It could be argued that the core differentiators between technologies when I started out in programmatic some five years ago no longer exist.

Let’s look specifically at demand side platforms. Queries Per Second (QPS), inventory availability, data management capabilities and local market support are all features that are quantifiable and easy to benchmark. In all these areas the major players have become much closer and as such I would not consider these to be differentiators between winning and losing an RFP, albeit still key questions to ask.

The market is also far more educated now than it ever has been. Discussion on ad technologies is featured in both your specialist publications through to nationals like the Harvard Business Review and The Wall Street Journal. All eyes are now on the technologies. You can no longer send in your best sales person and hope that they can do a good sale on some unsuspecting digital marketer. Instead, you need to be able to open up the bonnet and allow the buyers to look under the hood to get a good view at the technology.

So when this commodisation occurs, what happens to the market? It gets cheaper.

No longer are the differentiating technological factors important, it’s now more about price. Your 15% DSP fee becomes 5%, your £200k upfront DMP cost becomes £50k etc. The interesting thing I’ve observed is that the technology companies are actually driving commodisation by prioritising their revenue growth over their net profit. Essentially they are spending all their money on development before hitting profitability. It only takes a short time for long established organisations to catch up and replicate the features. This is one of the reasons why I think we’re seeing so few successful public exits. The features which differentiated an organisation last year and allowed them to exit at $Xm are now no longer differentiating features and as such the company valuation suffers.

How are marketers approaching this second revolution?

Marketers are educating themselves and their stakeholders directly about this second technological wave, which is positive news. However, marketers typically haven’t been interfacing with these companies before so can often find themselves in a daunting position of deciding which technology to choose. What this may lead to is the selection of the technology based on the ‘sell’ and not based on other important aspects such as functionality, infrastructure, support and integration possibilities (amongst many other factors). This can lead to substantial cost, resource commitment and a subsequent negative impact on marketing performance. A headache no marketer wants to have to deal with.

The market is not commoditised, yet.

Despite what I have said above, I’m incredibly fortunate that my team and I are able to meet with a wide range of marketing technology companies every week. The conversation is no longer about case studies, spend commitments, insight delivery, and so on. it’s far more focussed on the technologies themselves,. If you can’t show us the tech then we’re not interested.

What we’ve concluded is that we are actually only a couple of years away from commoditisation of major technologies. It’s therefore even more important for marketers to investigate the opportunities available now and partner with organisations that offer future proof solutions.

It’s an incredibly exciting time but marketers need to make technology selections that will allow them to get to the third marketing technology revolution without any scars. They need to work with experts who see the whole market to help them do that.