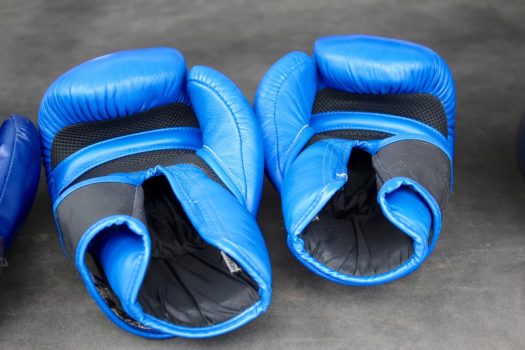 When is a hack no longer a hack? When the likes of Facebook get involved. As first mentioned by The Information, Facebook are looking to test header bidding. The behemoth is entering the fray to challenge Google’s DoubleClick and expand its Audience Network. ExchangeWire ask industry experts to weigh in.

Header bidding has been around for a couple of years and during that time has gone from zero to hero among many publishers. In fact, a report suggests 70% of all publishers have adopted header bidding and both OpenX and Index Exchange attribute 80% of their revenue to the workaround.

So, what can Facebook bring to header bidding? Firstly, money: with header bidding allowing publishers to access a request before AdX can get to it, Facebook, and its billion-dollar Audience Network competing against Google for programmatic ad spend, could unseat Google from its monopolistic throne.

It sounds like a win-win for both advertisers and publishers, by connecting the two together, and it puts Google in a difficult position, with another swipe being taken at their dominance of ad inventory.

"Facebook are giving their advertisers the ability to reach more audiences and publishers outside of their website, while leaving the same advantages for them. Publishers will not only get access to additional demand partners like Facebook, but they will also have the ability to integrate this solution with DoubleClick for Publishers (DFP) or another ad server. This will result in DoubleClick Ad Exchange (ADX) and Facebook competing for display ads in real-time, and paying more as a result.

"Facebook will offer more powerful demand for their publishers to make them stay and monetise maximum inventory with Facebook Audience Network (FAN). Will this change the development of header bidding technology? No, because this is still the local decision between Facebook and Google, and will not move industry development forward.

"Google's action is difficult to predict, but one of the protective steps that lies on the surface is to block the DFP actions for FAN's header bidder. This would make the real-time auction between ADX and FAN impossible.”

"By building a header bidder, Facebook is showing it is serious about its FAN offering and about competing with demand sources, including Google, for the best access to publishers’ users and inventory.  Google’s counteraction to header bidding so far is to integrate additional demand into dynamic allocation, however AppNexus has not been invited to the beta and as a major competitor, it’s unlikely Facebook would be either.  Header bidding seems set to thrive unless and until publishers can access all demand through the ad server."

“Facebook have taken a very bold and measured move in announcing their entrance to the world of header bidding. By throwing down their gauntlet, they are competing for a slice of the programmatic ad spend pie. Having acquired Instagram, using data from WhatsApp and looking at the scale of the Facebook Audience Network, the strategy could be viewed as competing for dominance within the mobile space. The move will be beneficial for publishers, as it will allow them to extend their reach outside of the Facebook Audience Network and access new sources of demand and, due to the technology, will more than likely increase yield. Couple these factors with the vast amount of qualified audience data Facebook owns around our online behaviours, preferences and purchasing histories, the possibilities within programmatic will be limitless.

"Header bidding itself has had an extremely strong uptake from publishers; and having Facebook join the party really does cement their status as ad tech that is here for the duration, allowing their users to have greater transparency and increased competition. What will be interesting to view over the coming months is how the industry will respond to this massive statement. Popcorn at the ready.”

A win for publishers, but potential cost increase for brands

“The war for advertisers’ cash between Facebook and Google is fierce and the introduction of header bidding is Facebook’s latest battle cry. This move should lead to increase competition for ad inventory, which may inflate prices: not a good-thing for brands. Publishers look set to be the main winners, but it will be critical that integrating Facebook’s header bidder wrapper does not lead to increased page load times for consumers, especially on mobile devices.”

Healthy competition for inventory is beneficial

“We believe that header bidding levels the playing field for both buyers and sellers in the complex and ever evolving ad tech ecosystem. Facebook’s move into the area is not surprising, as every player in the field is looking towards accessing top-quality inventory, first and foremost for their clients. Header bidding is one of the many ways to do it. We have a great partnership with both Google and Facebook across all facets of their eco system. When it comes to inventory procurement, we think healthy competition for inventory is beneficial and can only help the advertiser and publisher with outcomes and yield, respectively."