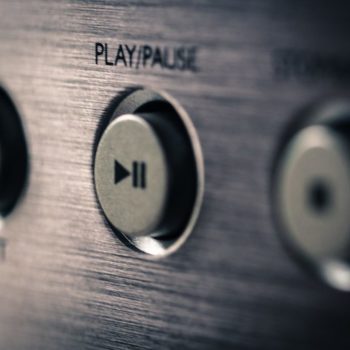 For publishers, header bidding is revolutionising the sale of display advertising. But can it repeat the trick for video? As Dvir Doron, CMO, Cedato explains, inefficiency is the dirty little secret of first-generation programmatic. When an ad impression is auctioned, publishers seeking the best price typically have to request bids from multiple sell-side platforms, in a sequential waterfall.

By sending that impression to multiple networks simultaneously, however, header bidding technology helps publishers gain the best price in the quickest time. No wonder 70% of publishers already use it, according to some sources.

But, while header bidding is bringing benefits to display, there’s a format that more desperately needs its help – and has even more to gain. Video publishers now need superhero header bidding to come swooping to their rescue.

With conventional pre-roll video prices having levelled out, new formats are finally blowing up the overall video advertising opportunity. Outstream and in-place units allow publishers to deploy video ads where there was no prior video content, and spending is booming.

But herein lies a latency challenge. Unlike conventional in-stream pre-roll video ads, where viewers expect to wait through an ad in order to access their content, buffering is a death-knell to outstream video ads. In the outstream scenario, an ad would have failed if a user can scroll past before the ad request was even fulfilled.

That is why most of the well-known outstream offerings on the market today don’t operate like the marketplaces we have come to know and love – the latency hit from such a method simply can’t support the format itself.

Their implementation of outstream is more that of an ad network, operating direct deals with publishers and advertisers to go through only its systems. Don’t expect sophisticated ad buys here – by the time the impression is called, the ad network already knows which campaign will be chosen for it. It’s a method that has served such vendors and their customers well in the circumstances. The problem is, it’s not true programmatic, in the competitive optimisation sense of the term.

We all want these new formats to continue scaling and bringing in video dollars. But, if it remains wedded to this construct, that scale may remain limited. As the available inventory grows and exerts pressure on prices that have so far been healthy, the publishing industry is likely to wish for the same kind of solution header bidding offers, opening the gates to multiple bid sources.

The wind is already blowing in this direction. Ad-tech vendors are launching the technology, Rubicon Project is racing to catch up, but the first cohort of customers is hardly a wave, more a trickle.

That is because introducing header bidding to video poses numerous technical challenges over and above the ease with which display has been able to embrace the technology.

If it followed the display playbook, video header bidding would run from the client side. But the VAST and VPAID ad tags on which client-side video depends do not perform as predictably as their display counterparts, which make calling multiple SSPs – the essence of header bidding – an exercise in frustrating latency.

If the client-side is problematic, is the server, perhaps counter-intuitively, where video header bidding belongs? That is what several ad-tech vendors had in mind when they launched 'server-side stitching' technology. But the VPAID standard, which limits fraud, demands to execute on the client side only, making strict server-side methodologies a non-starter – at least, for anyone who cares about fraud.

So what viable avenues exist for header bidding’s arrival in video? I happen to think that, in equal measure, strengths and deficiencies within both distinct approaches means only a hybrid solution will realistically work.

Client-side, VPAID-compliant advertising that protects clients is a prerequisite, yet limits bid choice and increases latency. But using server-side technologies for what they do best could give the first component a significant leg-up.

A cloud-based system with sight of a large volume of transactions would be able to map and score the connections between users and advertisers, predicting the likeliest match between impression and campaign.

That would allow the server, like conventional header bidding, to take full sight of the widest range of available bid sources before shortlisting the optimum set, and sending back this group to the client for action. In other words, you outsource some of the heavy-lifting to the server.

Header bidding is now changing the face of display advertising, and the clamour is growing for the same in video. But this technology is going to take on a very different shape to achieve the same effect.

If we get there, publishers will be seeing better yield, users will have faster experiences and advertisers will deliver into more positive contexts.

2017 is shaping up to being an exciting time for the industry, as we step into the first innings addressing this issue. So, long as we continue to remain curious about better ad serving solutions, there is no reason why we won’t see continued growth.