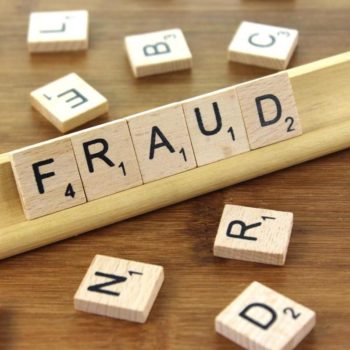 How is mobile affected by ad fraud? ExchangeWire spoke with Gavin Stirrat, managing director, Voluum, and Jalal Nasir, CEO, Pixalate (both pictured below) about what mobile ad fraud looks like; how serious the problem is; and Voluum and Pixalate's new partnership to reduce fraud at the pre-bid stage.

ExchangeWire: It’s been well publicised that ad fraud will have cost brands USD$7.2bn (£5.6bn) in 2016 – how much of this can be attributed to mobile?

Gavin Stirrat, Voluum: It is extremely difficult to put an exact number on the cost. As a rough guide, we strip out between 10% and 15% of all bid requests we see from our exchange partners, although this is an average, with some exchanges coming in much higher, and some lower.

How does mobile ad fraud manifest itself across mobile web and in-app?

Gavin Stirrat, Voluum: Fraud presents itself in a number of forms on mobile. In-app fraud tends to be more prevalent amongst apps that come from unofficial sources. Google and Apple are determined to eliminate as much fraud as possible, although they are not fraud free. It’s typically on Android where we see higher levels of fraud, due to the OS being less restricted and having a number of secondary app stores or app download sites, where there can be very limited quality control. Unofficial apps can load ads in the background that are never visible to the user, and can continue to call these ads even when the user is not using the app. In mobile web, auto-redirecting of consumers from what they are viewing, without clicking on any ad, in order to push users into an app store remains a problem. It’s important to remember that fraud doesn’t necessarily need to be embedded in the app, and that a number of fraudulent apps may appear legitimate (as they can copy legitimate apps); but the ad revenues generated are routed to fraudsters.

Jalal Nasir, Pixalate: There are many other ways in which mobile ad fraud can manifest across mobile web and mobile apps, including in mediation deals where the developers can reverse engineer the API calls being made to SSPs through the SDK and start making those calls from the web browser or a server in a data centre. Ad stacking (placing several banners on top of each other) also exists in mobile, as do click and attribution fraud.

Do brands fully understand the potential impact of mobile ad fraud on their bottom line? 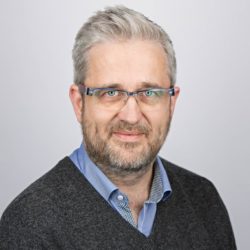 Gavin Stirrat, Voluum: We do not believe that mobile fraud is properly understood by most brands; although the issue of fraud on desktop seems to be more widely understood. It is likely that brands believe that by purchasing on performance metrics such as CPC or CPI, that the problem is somewhat mitigated. However, it is becoming increasingly well known that bots do not just create impressions, they can also create clicks and they can download apps.

Jalal Nasir, Pixalate: Education is still of vital importance, but recent remarks by P&G’s Head of Marketing clearly indicate the seriousness with which brands are now committed to dealing with ad fraud on all platforms and devices. Digital campaigns have increasingly become device- and channel-agnostic, and brands are rapidly realising that ad fraud is prevalent across all mediums.

There are big numbers being thrown about – is it scaremongering, or do we have a serious problem on our hands? Has the prevalence of ad fraud diminished?

Gavin Stirrat, Voluum: Fraud is definitely a problem that the industry has to face, particularly as it is continually evolving. But it’s important to note that the issue is manageable, and brands need to be educated on the effect of fraud on their campaigns. Performance metrics need to be redefined to ensure that brands understand the actual performance of a campaign and are not viewing inflated metrics. It becomes a real problem when campaigns are being bought without fraud being filtered out before buyers bid on impressions. Advertisers need to work to identify how fraud affects their campaigns, and then move to minimise this risk as much as possible. 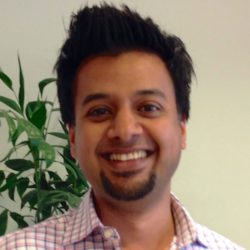 Jalal Nasir, Pixalate: The size of the problem depends on how you define ad fraud. Based on MRC definitions, 'invalid traffic' is traffic that is not generated legitimately (organically), and is counted in addition to bot traffic. That increases the magnitude of the problem drastically. There are big numbers being thrown about because there are big numbers being lost to fraudsters. It is a certainty that ad fraud occurs at a significant rate and affects millions of dollars of ad spend.

What does the new partnership between Voluum and Pixalate set out to do?

Gavin Stirrat, Voluum: Our partnership with Pixalate aims to reduce fraud pre-bid, so that media buyers are not exposed to this fraud when they bid on impressions. There are many companies that provide analytics solutions that identify fraud post-campaign; but we don't feel like post-campaign analysis alone is enough to combat the issue. Once the fraud has taken place, the damage has already been done to the advertiser's campaign metrics, and the money has reached the bad actors. Post-campaign analysis provides important diagnostic information to the advertiser; but we wanted to be more proactive about the issue, which is why we partnered with Pixalate.

Jalal Nasir, Pixalate: Companies that engage with Pixalate are committed to improving trust and transparency in the programmatic marketplace. Voluum is as passionate and dedicated to eradicating ad fraud as we are. Voluum will use our pre-bid detection and filtration technology to improve the overall quality of inventory, before it even reaches the transactional phase. Our Security Dome technology detects and blocks fraud at the app, device, and infrastructure levels before it hits the demand side.

Gavin Stirrat, Voluum: At the moment, we expect fraud to continue to evolve in 2017. The industry has been reactive to the issue; but we will continue to try to keep the industry moving fast enough to minimise the impact of fraud. Buyers need to be more demanding of the platforms with which they work. We are starting to see more partnerships between anti-fraud companies and supply platforms; which is a great thing for the industry. However, it’s the buying platforms that have a contractual relationship with agencies and brands and, until there’s a stronger reaction from the industry, this is where we believe the responsibility lies to try and shield brands from this problem.

In 2017, we also expect to see an increased link between mobile ad fraud and fraud on other channels. Many mobile apps are part of a larger app ecosystem that crosses into the OTT and connected TV universe. For example, the same app can exist on your phone, tablet, computer, and gaming console. We recently measured that roughly 55% of all fraudulent impressions happen within mobile apps. Given the interconnectedness of the app ecosystem, we anticipate mobile app ad fraud to have repercussions in these emerging crossover channels.