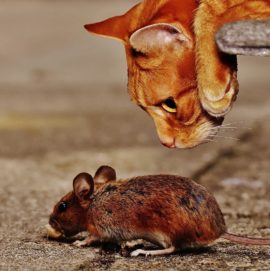 Last month, Apple announced at its Developers Conference that it would effectively put an end to advertisers’ ability to track consumers who use the Safari browser around the web and serve targeted ads based on their browsing habits. Buried beneath headline-grabbing product news, Apple said that it will be adding an ‘ad tracker blocker’ to its web browser as part of an update to its desktop OS. Industry analysts estimate that this could impact 40% of web users globally. Writing exclusively for ExchangeWire, David De Jong, CEO, Screen6, explains why Apple’s ad+blocking initiative is borne out of good intentions, but is ultimately misguided.

This initiative is different than ‘ad blocking’, which has resulted in a cat and mouse game between advertisers and consumers. Ad blocking has become a never ending cycle, where consumers get more effective at turning off ads in hopes of a better experience, and advertisers and publishers are finding news ways to serve them.

This announcement from Apple is also intended to provide a better experience for consumers but, like ad blocking, it is likely to have unintended consequences that will actually degrade the consumer experience, waste time, and set the entire industry back.

The reasoning behind this decision, as well as most ad-blocking initiatives, is consumer frustration with ads. Users, industry bodies, and consumer advocacy groups have voiced legitimate privacy concerns and ads can seem intrusive to some as they follow users around the web. Apple’s privacy-first stance is centred around the idea that the inability to track will ultimately provide a better experience.

Apple’s decision to limit third-party ad tracking beyond a short timeframe is based on a belief that this will result in a better consumer experience for all of its products. ‘Intelligent Tracking Prevention’ is supposed to keep the internet (and how Apple products access the internet) operating as normal, but at the same time protecting consumer privacy.

And, on the surface, this is a commendable decision. Apple is trying to make sure that its customers are not being chased around the block by someone harassing them with a message. It also appears that Apple has no commercial interests in this decision. This is something Apple truly believes in. Although I wouldn’t be surprised if Apple introduced a paywall at some point in time, but that’s a whole other topic.

Monetary interests aside, Apple wants to increase the user experience to make sure that it’s in line with what a consumer buys when they go into the Apple Store. Nothing wrong with that.

Unfortunately, I think the initiative is misguided. Because Apple is being so strict, advertising will ultimately become more annoying and the consumer experience will worsen. Instead of having one person chasing you around the block because yesterday you looked at a pair of shoes, you will have 50 people chasing you with anything from cell phones and diapers, to expensive cars. And tomorrow, it will be 50 new people, and the day after it will be another 50.

While the intention is to avoid having intrusive advertising, publishers still have to earn money. Most publishers are for profit, which means they are not going to sign up to earn less money because Apple decides so. What’s likely going to happen is that, instead of sporadically seeing ads appearing in logical ad slots, consumers will see more and more ads that are less relevant and targeted, which will create a worse user experience along the way.

The fact that Apple is focusing on the user experience is commendable and this development should be a wake-up call to brands, agencies, and publishers. If they continue to degrade the user experience themselves, ad tracking and ad blockers will increase, advertising will decline, and the content that advertising supports will suffer.

As an industry, we have a responsibility to find better ways of making great advertising that really engages people. Better advertising leads to a better experience for the viewer and more effective advertising for the brand.

If we as an industry don’t focus on the consumer experience, other less desirable solutions will emerge. We should all be focused on working to improve the quality of advertising for the consumer while driving effectiveness and efficiencies for the brand.

If we take our eyes off the consumer, they will take their eyes off us.