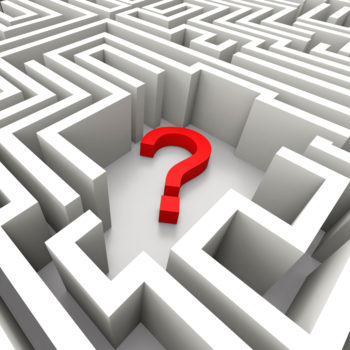 In her second week at Avocet, Sarah Slimani (pictured below) – a Durham graduate moving from a career in biotech to advertising technology – was asked to write an honest account of her first impressions of the programmatic space, which reads as a refreshing alternative perspective on the industry. Moving from a position of scepticism, Slimani saw the creative approach to innovating digital advertising as an inspiring environment worthy of more admiration than disdain. With RTB receiving a high proportion of negative press this year, it is interesting to see how the industry can be viewed from a fresh pair of eyes – in an original and candid way.

"I could never work in advertising or marketing, I think it's vacuous and inconsequential to convince people to buy things they don’t need, and can’t afford, for a living." I said that in my last year of university and I now work for a DSP. So how have I, as a complete outsider and novice, come to see ad tech?

What I noticed very quickly, apart from the fact that there was no way I was ever going to learn what the 700 different acronyms meant and how they were used in relation to a convoluted ecosystem that seemed to have about 10 surplus organisations between a brand and the delivery of an ad, was that no one ever actually spoke about advertising. When they did speak about something other than 'programmatic', they spoke about the ‘audience’. This mysterious ‘audience’ (of seemingly idiotic sheep), clicking ads that popped up on the best side of the page at the best time… Who are these people? I’m certainly not one of them, I said to myself. I never click ads… I HAVE AN AD BLOCKER… except for that time I clicked on a Skyscanner ad… and that other time I clicked on an Amazon ad for a book I had been looking at the other day…

Once I had accepted that, although I may not be an entirely idiotic sheep, I had certainly ‘fallen prey’ to programmatic (or often simply smarter) advertising. Because it made sense to give people ads for things they actually wanted, I got off my high horse and actually started listening to the people I worked for. These weren’t amoral, yet charismatic, greasy Mad Men spit-balling ideas on how best to sell stockings to the over-40s (because that’s what ad agencies do isn’t it?!) 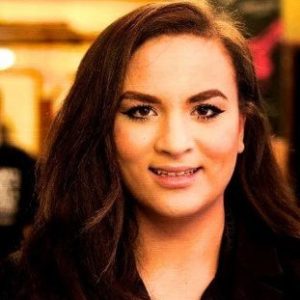 I realised that there was a disparity between the way the people I worked with spoke about ad tech – as a way of changing human behaviour to connect people with the things they wanted – and the way that others seemed to talk about it: as a way of hitting arbitrary and inaccurate targets using illogical methods (with the aforementioned idiotic sheep in mind). The latter, evidently inefficient, way of viewing the process was what I had in mind when I had decided that advertising was not an industry I would ever venture into. So, what was different here?

The maths was glorious. The architectural possibilities were brilliant and endless, it was logical and certain, yet almost completely malleable and satisfyingly complex. People with inquisitive minds had found a way to get almost instant gratification for their coding and they could create something tangible and practical, but creative nonetheless. In a time that lacks the space to be creative with functionality or originality, ad tech was, essentially, a made-up science that did both. They weren’t working with a hundred years of predecessors’ theories and formulas to prove or disprove, they could literally just… make it up. Ad tech came up with its own language, technology, and its own ecosystem. The possibility to trailblaze is few and far between in an age of saturation and of apps telling you what notes your bottle of wine has; but ad tech has found a way to use code to improve the delivery of a system that relies on effectively changing human behaviour to make money.

Of course, all of these people could have put all this energy and skill into space travel, or underdeveloped infrastructures, but that takes plus of 20 years to get into… and those industries have rules. It is this freedom to innovate that seems to draw such interesting people to its ecosystem and, although it may all still be in an endeavour to make people buy things, at least when it’s done well it’s things they want.