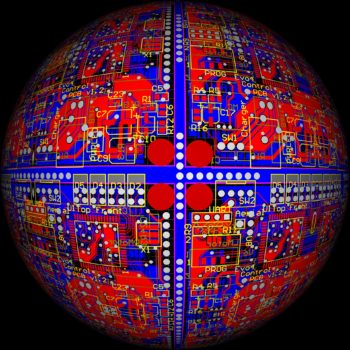 Some believe it is hogwash, while others say it is necessary for their company's survival, but one thing is certain about artificial intelligence (AI) – without data, its value will be limited.

Companies in developed Asian markets, such as Singapore, have been more responsive to trying out AI and given a mandate to push the technology, said Yu Junde, chief business officer at Appier. "They feel they need to adopt AI or risk being left behind", he noted, but added that these organisations also were results-focused.

Others, though, were less certain about the true value of the current industry buzzword.

A survey released in October revealed that 47% of marketers in the US believed AI was more fantasy than reality; while 40% expressed scepticism when they saw or heard the term. Conducted by marketing cloud platform Resulticks, 42% of the 318 marketers polled said they had no plans to implement AI, with 6% giving up entirely on the concept.

Resulticks' CEO and co-founder Redickaa Subramanian said: "All eyes are on AI these days. With so much industry attention, and so little to show for it, marketers have already grown weary of the term. Software vendors have to up their game and give marketers the equipment they need to get into shape on AI."

The Resulticks survey revealed that 61% regarded personalisation as a priority for their business, while 47% pointed to real-time marketing. They ranked tech vendors 28% in their ability to deliver on promises for personalisation, but said 43% in this community over-promised and under-delivered most often on AI.

According to Yu, organisations had a common misconception that AI was 'magical' and capable of solving every business problem.

"In actual fact, AI is based on mathematics, science, and engineering and, thus, abides by the rules of logic. AI can only solve problems that are logically predictable and that have data with sufficient quantity and quality", he told ExchangeWire in an interview. 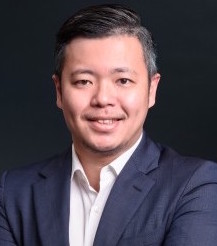 Yu joined the company just last month, having moved from App Annie, where he was Asia-Pacific director. At Appier, he is responsible for the vendor's enterprise business including its AI platform, Aixon.

How accurate predictions were would depend on how much data the AI system was given. The more data from which machines could learn, the higher the accuracy, he said.

Yu Junde explained that many companies today had business properties that were both offline and online and operated different business units – each generating data about customers. A telco, for instance, would have mobile plans, video, and music streaming subscription services, as well as data from customers who visited their physical stores.

Companies also could bundle services that best fit the customer's preferences and needs, he added.

Because AI systems kept learning from the data they were given to analyse, they would continue to improve over time and produce better results, even without human intervention. This was especially critical as market conditions were always evolving, Yu said.

Without AI, businesses would need to set specific rules to deliver personalisation and real-time marketing services, he said. It then would be challenging to keep up with changing customer trends and buying patterns and to manually modify these rules.

With AI, based on the objectives set out, the system would be able to find the correlation and continuously tweak to achieve the desired outcome, he noted.

Earlier this month, Appier released a study that demonstrated how its AI-based fraud-detection model was able to identify twice as many fraudulent transactions as a traditional rules-based model.

It reviewed data from May to August 2017, encompassing more than four billion campaign data points, including ad clicks and app installs, running on its network.

According to Appier, the AI model was able to identify ad fraud patterns that would have been difficult for traditional models to do. The 'chameleon', for instance, in which publishers initially passed themselves off as legitimate entities but later generated fraudulent installs, would be challenging for traditional systems to single out.

Another incident involved an 'inventory burst', during which fraudulent publishers would push an abnormally high inventory count that was not supported by a corresponding level of in-app registration activities.

Noting that AI-based models were more effective in weeding out ad fraud, Appier CTO Joe Su said: "Ad fraud has become a major threat to the online advertising industry and is projected to cost advertisers billions of dollars. Traditional rules-based methods of detecting and mitigating ad fraud have their limitations."

Compared to traditional rules-based models, programmed by humans that looked at one to three dimensions, AI algorithms could examine data in more than 80 dimensions and also learn to pick out new suspicious patterns that might not previously be known.

Su said: "Just as with cyber fraud or financial fraud, ad fraud is becoming more sophisticated and is constantly evolving, so it's important to be able to quickly identify and mitigate new threats. A traditional rules-based approach just cannot keep up with the fraudsters."

Appier currently has offices in 14 Asia-Pacific markets, including Japan, Korea, Thailand, India, Australia, and Indonesia, and runs two research and development (R&D) teams in Singapore and Taiwan. It raised a total of USD$82m (£61.23m) from its seed, Series A, Series B, and Series C funding rounds, which Yu said would be tapped to drive R&D efforts in AI and business expansion across Asia.