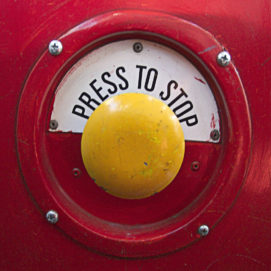 Do we need to accept that ad fraud is a part of the advertising industry? Or, is it time to take a stance and take responsibility? Writing for ExchangeWire, Elliot Clayton (pictured below), VP media UK, Conversant, looks at the current state of fraud in the online advertising industry, defining what it is and how to, if not resolve, at least help improve the situation.

According to industry analysts Forrester, £5.5bn was wasted on fraudulent display adverts in 2016, a sum equivalent to the GDP of Bermuda. Whether it’s through botnets mimicking click-through rates on ads, spoofing a domain, or simply buying more traffic from questionable sources, there are a host of ways that ad fraud operates today. Whilst this figure gives a good impression of the scope of ad fraud, it doesn’t necessarily address its prevalence – and it’s big. In fact, our contacts estimate that in the field of mobile alone, 50-60% of ads will be fraudulent.

This is staggering. Half of adverts that are reaching our (small) screens are fraudulent.

It’s no surprise that organisations are taking steps to address this. In August 2017, Google gave out compensation for adverts that were only seen by bots. These bots were almost certainly malware, created explicitly by scammers to generate impressions and clicks fraudulently. At the same time, the IAB Labs created ads.txt, a way of allowing publishers to be transparent about which sources are allowed to advertise on their sites – and, in turn, a way to prevent unauthorised ads. 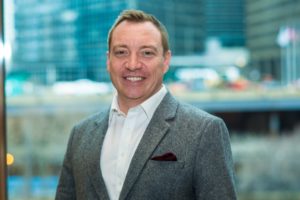 Another issue that compounds the problem is that the quality of online advertising is often quite poor. I can still remember the days when you’d look forward to the next Levi’s advert; they were cool, the music was great, they were iconic. They built the Levi’s brand. When was the last time you saw an advert online and wanted to see it again?

This means that it’s often tough to distinguish between fraudulent ads and real ads, because the online advertising space is awash with poor adverts. Of course, there are good ones out there – whoever came up with the strapline for the new TUI ad campaign deserves a healthy pat on the back.

It’s further complicated by the fact that brands use agencies, which in turn use a variety of tools and publishers to advertise. This process can be a bit of a blackbox – brands agree the creatives with their agency, feed it into the engine, and instantly lose sight of it. Similarly, because fraud is an international issue, it’s tough to track down. That’s despite all major brand teams, agencies, and platforms – as well as publishers – having fraud teams dedicated to looking at the problem.

An issue of responsibility

Finally, there’s an issue of responsibility. Google might have accepted some responsibility by giving compensation, but this is the exception rather than the rule. And, in fact, it’s very unclear whose responsibility this is: is it the publisher that hosts the ad, the agency, the brand, the platform they use, or even the government, or an industry body’s? Ad fraud may seem like a ‘victimless crime’, but if we’re losing £5.5bn each year, this is having impact on GDP, not to mention giving the industry a bad name.

Clearly, the answer is that it’s everyone’s responsibility. We have seen that governments are generally slow to get involved unless it’s a serious crime – and understandably so – but industry bodies like the DMA have been great in the past. Similarly, reputable agencies, platforms, and publishers have fraud teams, so everyone is working at this from a number of different angles.

Where is ad fraud going?

There are two final things to say about ad fraud. Now, there’s a clear indication that when we make better ads, served in a smart way, it’s harder for the fraudsters to keep up. Fraudsters are often simple creatures trying to gain a click through a psychological hook of some kind. The ads are rarely personal or tailored – they want a quick click or impression, because that’s what brands pay for. Success is often gauged through attribution, rather than real measurement (an issue that I’ve written about previously).

If you’re producing better ads, then the bad ones will stand out more, making it easier to shut them down. Of course, good ads aren’t just well-produced, they’re well-targeted. For an in-house brand team, or an agency, this means building up a solid understanding of who you’re marketing to and using solid metrics.

It sounds simple, but the better you know your customer, the more they’ll seem like a real person with recognisable patterns of behaviour. As this understanding gets more complex, it’ll become easier to pick up fraudulent clicks, because the programmes working to mimic a pattern of click-through rates will seem too flat and ‘glib’. Fraudsters will have to start creating fake profiles, trying to build up a personal identity to make themselves seem real – and this is impossible to do at scale.

So, do I think we’ll ever stamp out ad fraud? Well, it’s a lot like asking if we’ll ever stamp out crime – where there’s an opportunity, there’s a criminal. It’s vital to remember that we’re still early in the days of smart digital advertising; our industry is only 24 years old and it’s on a journey. The road to better personalisation and better advertising still has a long way to go, but there is a lot we can do right now, starting with making better ads and knowing our audience – that’s a step in the right direction.