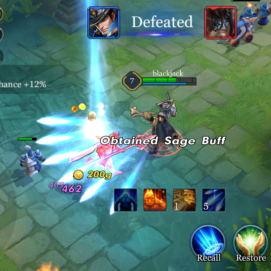 You don’t need to be a devoted games industry observer to have noticed something of the recent rise of eSports.

Organised competitive gaming has been around along time, of course. eSports’ nascent form was forged in the earliest arcade gaming tournaments in the 1970s, where players competed to win a patch declaring their prowess; presumably to be sewn onto an oversized distressed denim jacket.

By the 1990s the notion of a ‘pro-gamer’ making money from prize winnings was established, but even then the industry emerging around eSports was fledgling. With the internet only starting to make an impact on how games were consumed, the first true eSports events were ‘by gamers, for gamers’. And back then, while sizeable, that demographic was a more modest entity than the broader game-playing mass market seen today.

Subsequently, eSports has exploded, thanks in no small part to online video and live streaming’s capacity to bring huge audiences to competitive gaming events. And that is one of the ways in which eSports reflects real sports. Just as with football or Formula 1, many more spectate than participate professionally. To be clear, total numbers playing the games at home may be huge. Still, those playing professionally are vastly outnumbered by their audience sizes. Or that was the case. More on that shift below. First, let’s establish a few more fundamentals.

In contemporary eSports, the competitors earn huge amounts from prize winnings, and via the sponsors that plaster logos over their jerseys. That’s the reason today players are assigned coaches, mangers, sports psychologists, demanding training routines and even dietary plans. A team can make a lot of money for itself by doing well, justifying the effort and investment put into a physical sports team.

But it is the viewing audience that really founds the business opportunity of eSports. The fact that as of 2018 some 380 million individuals tune in to watch eSports in some capacity demonstrates the opportunity for sponsors. The viewership are the group which have inspired brands, clothing companies, broadcasters, advertisers, and more, to congregate around eSports. And they are the reason that global organised competitive gaming revenues are expected to clear USD$900m (£696.1m) in the coming year. That’s 38% year-on-year growth.

Away from the desktop


But where does mobile fit in? If you ask anybody who knows eSports to visualise the typical player, they will likely imagine a youngster sat at a powerful PC, resplendent with under lighting and water-cooling pipes. Competitive gaming has long been preoccupied with high-end hardware tailored for gaming.

A few years back, the very notion of mobile eSports would be laughable. For all the power of the smartphone, the typical touchscreen interface can be severely limiting with regard to the action-focused games that usually emerge as eSports titles. For years, competitive gaming champions have devoted their efforts to shooting, melee combat, and other acts that require the split-second accuracy so well supported by a keyboard or gamepad. But as competitive mobile games like 2016’s Arena of Valor and the same year’s Clash Royale started to enjoy active player numbers in the 100s of millions, the eSports industry could not afford to ignore the opportunity.

You’ll notice here that we haven’t mentioned some current darlings of competitive gaming available on mobile. Indeed, Fortnite, PlayerUnknown’s Battlefields and Hearthstone can all be played on a smartphone. But, as eSports titles, they are largely played via a desktop PC. Here we are really talking about ‘mobile-first’ titles.

Ultimately, over many years, game developers have learned to design ‘for mobile’, rather than force traditional console and PC game genres onto smartphone screen ‘as is’. The days of seeing mobile titles with digital joypad-style buttons cluttering the screen are mostly behind us. We are free from trying to replicate what console and PC gaming is. And in the successful pursuit of crafting titles that do complement the distant mobile hardware, numerous competitive titles now offer the capacity for nuanced skill essential for eSports. Audiences are attracted to seeing the best push what is possible in a game in eSports, so that capacity is essential. That’s the reason professional eSports teams and organisations have moved to embrace titles like Vain Glory, Clash Royale, and Arena of Valor; those games meet the eSports remit.

Mobile eSports as a means to acquire and retain

Now, if you work in eSports – or plan to – all of this is great. The opportunity is staggering. But so is the gold rush. And what if you’re simply looking to develop, publish, or serve a mobile game that needs to acquire, engage, and retain players, and keep monetising? After all, many of us are looking to serve players, not viewers. Well, it turns out that for mobile, eSports can be harnessed as a tool for UA, retention, and engagement. That’s because in mobile mass participation is possible.

Let’s rewind to the paragraph above where we said viewerships outnumber professional participants in traditional eSports. That’s true. There are, of course, many aspiring eSports pros, but the number of players equipped with a powerful gaming PC is much smaller than the number of people globally with a smartphone and a WiFi connection. And that’s all you need to dive in to mobile eSports, where professionalism isn’t as defining.

Take the case of Clash Royale developer Supercell. In 2017, they launched a tournament with a prize pool of USD$1m (£773,449), and anyone could enter. It attracted an impressive 27.4 million entrants. That is quite the engagement. Core eSports fans may dismiss the notion that a mass participation contest is the same thing as a PC-based professional onsite tournament. But eSports is about competitive gaming for money, and that is what Supercell offered.

The event culminated in a live final, with an arena audience, commentators, live streaming and even an opening ceremony. Check the video, and you’ll see that the athletes even walked on stage with a flag bearer, imitating traditional sporting events.

We’ve long seen ‘events’ in mobile gaming refer to in-game occasions hosted by the developer. Perhaps at Christmas a new theme and gameplay assets would be introduced. That kind of effort is a proven technique through which to engage players. But it doesn’t typically attract thousands of headlines in the press, millions of viewers online, sponsorship opportunities, and more. Mobile eSports events? They sure can.

While mobile games have seen attention from professional competitive gaming teams – Arena of Valor being a prime example – eSports really offer a way to connect more audiences with mobile releases.

So, what does this all mean for the ad tech, UA techniques, advertising conventions, and monetisation platforms that buoy up mobile gaming? How can you actually capitalise on this opportunity? We’ll be looking at just that in depth in the coming weeks, having pooled insight and expertise from leading voices in the space. Mobile eSports as an opportunity is now too big to ignore, and you can bet TheGamingEconomy won’t be turning a blind eye.