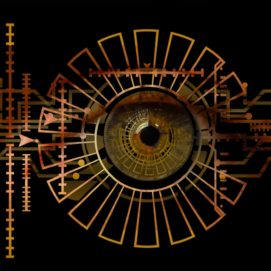 With tracking becoming more restricted, advertisers are having to do more to extract as much value from their ad spend as possible, hence the rise of solutions mentioning “AI” at every turn. However more can also be done to measure audience response to advertising, beyond whether they have viewed and interacted with the ad.

In this Q&A with ExchangeWire, David Wharram (pictured below), CEO of Coast Digital, discusses the capabilities of modern biometric testing in assessing emotional response to adverts, along with how these technologies will be developed going forward.

ExchangeWire: What emotional responses can currently be assessed using biometric testing? Do you envisage the number of tested responses increasing in the next few years, or have we reached the limits on what current technology can allow?

David Wharram: When looking at emotional responses, biometrics can be viewed on a two point axis of emotional valence and emotional intensity. Emotional valence can be tracked via overt emotional responses, such as those tracked by facial expression analysis algorithms based on the Face Action Coding System (FACS) or Facial Electromyography (fMEG), which tracks micro-expressions through electrodes placed on the muscles of the face. Emotional intensity can be tracked through measures such as Galvanic Skin Response (GSR), Electrodermal Activity (EDA), or ECG Electrocardiogram (ECG). Screen-based eye trackers can be used to track both bottom-up and top-down attentional processes to screen-based advertising, whilst virtual reality eye tracking can take these metrics out of the real world.

As Artificial Intelligence (AI) and deep learning algorithms become trained on larger, more varied data sets, the ability to track a wider range of emotions should be achievable, whilst further research into cognitive processes measured with Electroencephalogram (EEG) should expand our knowledge of the workings of the brain, and more useful metrics could appear in the coming years.

What are the main benefits of designing ads around consumer emotion? How should these insights be combined with traditional methods of market research? 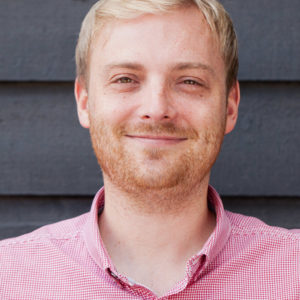 Biometric research allows advertisers to quantify human emotions, and thus compare the effectiveness of specific ads across all demographics before a test and learn approach is employed. These insights sought allow marketers to build their brand and advertisements to represent the values that their company wants to promote ad those that resonate with audiences.

Combining biometric outputs to real-world or Virtual Reality (VR) testing of buying behaviour can give insights into how advertisements producing specific emotional responses can lead to greater responsiveness to the brand or product being advertised.

Biometrics doesn’t replace traditional methods of market research, quantitative analytics allow us to understand how a digital campaign, site or system is performing but not why users are interacting the way they are – the understanding of the ‘feel’ is the crucial element that’s missing in the current research approach.

What steps are taken to eliminate potential sources of bias in biometric testing, such as exaggeration of facial expressions under experimental conditions?

Whilst researchers conducting biometric tests have to consider biases typical with any type of research conducted under experimental conditions, there are a couple of considerations that are unique to this type of testing. Typically, researchers will allow an acclimatising period after putting on the sensors and entering the test room, to allow their respondents to reach a relaxed, baseline condition before the experiment begins. Sensors that are subject to individual differences- such as Affectiva’s facial expression coding algorithm, and metric-based EEG headsets such as the ABM X10 will have a baselining procedure that will position the respondent’s responses onto a comparable scale, representative of their own relative expressiveness. Other measures such as GSR can track minute changes in heart behaviour, and so are non-adaptive and hard to suppress.

What is the future for biometric testing in advertising? Will privacy concerns limit the practice to existing study conditions, or will the proliferation of technologies such as AR, VR, and 5G, enable on-the-fly biometric analysis?

Privacy has always been a consideration of those collecting biometric data for advertising research, given the GDPR guidelines set out by the EU. Technologies such as Augmented Reality (AR), VR, and 5G will expand the potential of biometric testing in advertising by giving research more access to fully customisable environments, to investigate how advertisements in the real, augmented, or fully virtual world influence consumer’s emotional reactions and buying behaviour in real-time.