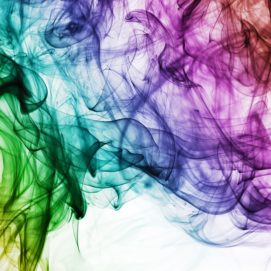 Writing exclusively for ExchangeWire, Jon Goulding (pictured below), CEO at Atomic, discusses the future of creative agencies, the role of data in long-term success, and the coordination of strategic and creative teams.

There are lots of people out there saying there is a crisis in creativity in the world of advertising. It isn’t a new state of affairs, but its effects have become plainer to see in recent times. Industry bodies and agencies are now discussing the way forward. And what’s absolutely certain is that it can no longer be ignored. But I strongly believe it’s not because there is a lack of brilliant, creative people in agencies. Rather, it’s because it’s becoming increasingly difficult for their creativity to gain traction and make it into campaigns that see the light of day.

Its twin causes are a massive shift towards emphasising short-term effectiveness, coupled with a shrinking of budgets for more creative output. More and more, brand owners, shareholders and their retail counterparts are demanding faster and faster returns on their advertising spend. And at the same time, the proliferation of media channels has spread budgets too thin across every conceivable new, rich media offering. The result is that the industry’s ability to deliver highly conceptual long-term brand-building ideas has been hindered by the pressure on it to come up with more and more executions that tick every conceivable touchpoint across the customer journey.

With rising innovation in short-term channels such as Facebook and TikTok, long-term brand building has been pushed down the priority list. And this is where creativity is most valuable: as Peter Field’s report from July 2019 showed, creativity in short-term, sales-led channels is simply less effective. The problem is that when you fill the world with more ‘stuff’—when you create a mass of content that is less and less creative—it destroys consumer attention. It becomes harder and harder to make new content stand out, and you find yourself with a problem that is not just about creativity but overall communications performance, and that means a lower and lower return on investment for clients. In an industry in which creativity is central, a creativity crisis is a business effectiveness crisis, too. 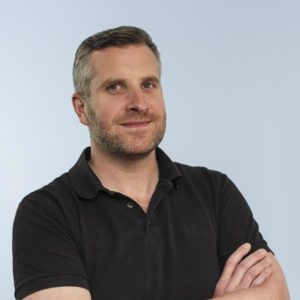 But a crisis suggests something acute and short term. In fact, the creativity problems that advertising is having are chronic, and need to be addressed by clients, agencies and media owners together if real change is going to happen. The power of data has been suggested as a one of the biggest levers to help the industry re-connect with its creative super-power. And there’s no doubt that data does have a role to play. We have never had more behavioural data than we currently do, and though we used to have a wealth of attitudinal data in the past, we have never before had access to such a rich tapestry of behavioural data about people who are not yet our own customers.

In performance-led communications, this behavioural data and its intelligent use can make or break success. Interpreting data to inform every stage of the acquisition, upsell and resell journey dominates communications planning, customer-journey planning and, ultimately, defines financial return. Creativity here is often acting in service of data and data insight. And if you create ideas that are highly relevant to target audience groups, no doubt you will deliver more effective sales.

But data will not in itself solve the creativity crisis. In bigger, long-term brand-building work, what unifies mass groups of people remains more powerful than what separates them as individuals. Brands are built as much by those who see your advertising but will never buy from those brands as they are by those that will. Less targeted broadcast media therefore remain a very important communication channel. Long-term, broadcast-led brand-building campaigns are about creating a distinctive and memorable idea that people en masse will appreciate to such a degree that the most successful become populist and even famous. And you can’t do that by knowing the exact likes and dislikes of a target segment of 800 people.

Data remains an exponentially growing phenomenon, and brands have to be intelligent about its use. In short-term performance communications, brands can genuinely use data to unlock creative thinking. But in brand communications, it’s creativity that should be in the driving seat.

Going forwards, the agencies that will thrive will be those that can do brand and activation in a highly distinctive and effective way. Being able to go deliver big brand ideas that can also be activated in media channels across the customer journey, rather than favour one over the other, is the key. This means creating brand and creative platforms that let you create memorable long-term brand-building ideas and, at the same time, work across every channel and touchpoint, and activate your targeted performance communications more precisely than you have before. Creative and strategic teams will have to work as one and not just side by side, and brand and activation creative leaders must not be allowed to compete or undermine each other. We call this being unified in strategic and creative thinking.

The future creative agency, then, will be able to bring that balancing act into one place, one model, one culture. And the agency will have to find a payment model that supports this kind of approach. We commit to delivering campaigns that are twice as effective and we do this by insisting on unified brand-and-activation work. But this is already showing itself.