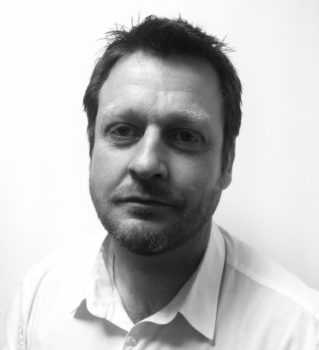 The internet is awash with websites containing all sorts of illegal content. From movies to software, there are any number of sites giving away premium content for free. Content which costs millions to produce is simply given away. Do not confuse the people running these sites as some kind of modern day Robin Hood, however. This is not an act of kindness, no, they are in it for the profit. What most people do not realise is that they make money from the advertising they host on their sites. Incredible as it is to think, but big brands and corporations are indirectly funding criminality on a daily basis and are, for the most part, largely unaware of it.

“How can this go on?”, I hear you ask. Well, the fact is many online advertising campaigns still lack a resolute system for ad placement within content online. The reasons for this are quite simple. Marketing directors are concerned about their adverts getting the impressions and click-throughs they need to justify the spend on the campaign. For the advertising agency, they need to deliver the results for their clients. It all means there is a tremendous pressure to deliver cold, hard bottom line numbers. It’s not by any means necessary, but up until now the question of where those numbers have been coming from has been fudged.

As a consequence, once the initial rounds of advertising are placed, the content is then given up to the advertising exchange. Think of these like a tombola where the advert joins millions of others and then is randomly spat out, or served, to a website to host. Each time one of these websites hosts an advert, it receives a commission. It’s a relatively small amount, but multiply that hundreds and thousands of times, and you can work out that it can become a pretty sizeable amount.

I have seen numerous examples of banks or broadband providers appearing on sites which are clearly illegal. That’s bad enough, but then also consider the fact that an advert appearing there delivers virtually zero value and potentially damages the brand.

I am sure most marketing directors have no idea this goes on. Just imagine walking into BT, or any major organisation, and showing them one of their adverts promoting superfast broadband on a site set up to illegally download movies. They would probably try to pull the campaign and begin an investigation, but that does not mean the blame should automatically rest with the advertising agency. Up until recently, the technology simply was not available to control these adverts and where they are placed.

However, that is changing. Content verification is making it easier than ever before to control where adverts appear. Think of content verification as a massive fishing net designed to pick up websites on which brands do not want to appear. Using the content verification method, when adverts are served to sites, they are scanned for any words or phrases that the client has deemed inappropriate. If any of those words come up, then the website is rejected and the advert is sent back to advertising exchange. Much like if a fishing net catches a pike when it is trying to catch a trout, it is simply thrown back into the water and the net cast out again.

With this technology now in place, it will be harder for brands and advertisers to avoid this thorny issue. They can no longer say it is a consequence of the system. That excuse simply will not wash anymore. More rigorous and scientific approaches need to be taken in order to protect the brand and the advertiser. For advertising agencies in particular, getting in on this early could be key. Imagine pitching for business, showing an example of a brand appearing where it should not, and then saying that agency can help to prevent that happening whilst the others cannot. It could be a huge competitive advantage until this is brought in by all advertising agencies.

Until this happens, however, advertising campaigns will go on funding criminals. Adverts will continue to deliver little value and, potentially, a brand is going to get caught up and shown to be supporting criminality. Savvy marketing directors and agencies chiefs should be giving this serious consideration before it even becomes an issue in the mainstream media.