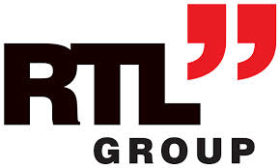 There is a feeding frenzy going on in the online video tech space at the moment – with big media business looking to shore up their programmatic video tech as brand money shifts into the data-driven online video market. First we saw Facebook shell out three hundred million plus for LiveRail.

That raised a few eyebrows. But it’s a sensible strategic buy, given Facebook might roll out a Video Adsense product powered by their social graph.

A long tail video exchange could make Facebook a few more billion (as if they need it) – especially if you project earning based on the size of the Adsense business (effectively Adx now), which is worth around $15 billion gross revenue to Google. Who said the ad network is dead?

Today’s announcement by RTL that it has agreed to buy 65% of SpotXchange for close to $144 million (with options to buy the remaining 35%) suggests that the M&A action will continue.

Why is RTL betting big on a Video SSP? It is likely that RTL (one of the more progressive media businesses in the programmatic space) has read the digital marketing tea leaves and recognised that programmatic is the way that the majority of digital media will be bought and sold over the next 2-to-3 years. The cost of developing an in-house solution to power its own programmatic sales efforts was clearly too much for a media/content business like RTL.

It’s a smart move buying in the tech, and readying itself for the programmmatic shift. RTL is one of the biggest media companies in Europe, and a lot of their revenue comes from TV advertising.

The question now is what other broadcasters will look to buy tech? There are very few options left in the video ad tech space, particularly in Europe. Videoplaza look like a good option. The company has built a video ad server and is now branching out into programmatic. StickyAds too would seem like an attractive buy – and is already working with La Place Media on its video exchange.

Again, European tech is cheap compared to VC-backed US companies – and many strategic buyers, particularly US-based companies have large cash piles sitting on their foreign balance sheets that can’t be repatriated given the excessive tax bills these companies would have to pay.

Who is getting bought next?

Who’s buying? Given its tight relationship with La Place, and the need for desktop SSPs to consolidate its solution across all channel on the supply side, you could see the Rubicon Project using that free cash to take out StickyAds

Who’s buying? I will say this outright: I can’t quite believe Adform have not been taken out yet. There are a number of strategic buyers for Adform. Top of the list would be Adobe. There are a number of reasons. First, Adobe needs an ad server to augment its existing digital marketing and advertising product suite. It still has no skin in the programmatic game. It would definitely help in differentiating its solution in the enterprise marketing platform wars. And more importantly Adobe also has a pile of foreign cash it could use in the deal.

Just so we can keep score – and show how way off I have been in my own predictions – you can re-read the future-gazing piece I did at start of year.

Disclosure: Ciaran O’Kane owns no stock and has no investments in any of the companies mentioned above.