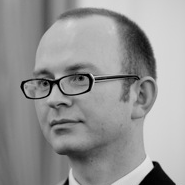 John Were, CEO and co-founder of Xelsion, discusses the agency trading desks and compensation models, as well as how the entry of enterprise players such as Accenture and IBM is bringing pressure to bear on some of the accepted norms of trading.

There was a spat at a recent Cannes Lions festival panel session. The row was between Brian Lesser, Xaxis, CEO, and Stephan Beringer, Audience on Demand, president, VivaKi.

Their bone of contention was the agency trading desk charging model, transparency and disclosure. [You can read the transcription here. The juicy bit is towards the end, read from “Stefan, you’re an operating agency guy by background”.]

The debate is not limited to Cannes and is echoed elsewhere in MediaBrands’ thinking around performance-based agency compensation models. It is also framed by the moves of major consultancies like Accenture and Deloitte to invest in digital media teams. IBM recently announced that it was investing $100m into its IBM Interactive Experience division with plans to hire 1,000 new staff to take the division’s headcount to 6,000. That’s a serious number and it isn’t talked about alongside the headcount of major agency players like WPP, Publicis, or Omnicom as much as you would expect.

There are various consultancy charging models but they are generally based around the cost of the time invested by the consultants. They may be hourly, daily or project-based and there may well be a performance element but they are rarely related to the budget of the project as whole. In media by contrast, at many of the trading desks, it is common that a percentage of the overall budget is the trading desk’s compensation.

This trading desk model comes straight from the ad network and has allowed agencies to capture some or all of the ad network margin. Rocket Fuel, essentially an independent trade desk, is now a public company and as such its margins of 60% are open to scrutiny, as are Criteo’s at around the 40% mark. Should advertisers be more questioning of these margins?

Agency margins are traditionally 15% for example but have been battered down by procurement teams in recent years.

This squeezing of agency margins over the years led them to search for other ways to get back to the 15-20% range where they can more comfortably operate. Ad-serving was for a long while a good way to achieve this. More recently it has been the trading desk.

There are arguments that say: ‘As long as I’m getting the performance I need, I don’t mind what my vendor or service provider is making’.

But does this lead to a productive partnership or an unbalanced one?

If as an advertiser you’re spending significantly on programmatic media and 60% of the spend goes on the first tier execution fee before it gets to a third party data provider, to an exchange, to a supply-side platform, to the publisher which owns the eyeball, you’ve got to ask the question of whether you’re getting value. 60% represents a lot of money for a big advertiser.

What if the advertiser went with a service provider that charged a fair reflection of its time cost rather than a percentage of the budget?

It’s not just that the advertiser might save money. The media budget is likely spent regardless. It’s that more of the budget might be buying eyeballs and impact. The additional value could be significantly more than the saving.

Aside from value, a few other things happen when there is little or no exposure to the overall budget on the part of programmatic media buying services provider.

2) Think about retargeting. Two competing advertisers retail the same product at a similar price. A user has visited both their sites during the consideration phase of their journey to purchase. Both these advertisers have an opportunity to retarget that potential purchaser to persuade them to buy the product in their store.

If advertiser A’s media is being bought by a programmatic buyer who is exposed to the media spend, either as a % of media, or on a fixed CPM/CPC/CPA arbitrage arrangement, there is likely a lower limit to what can be paid to show an ad to that user and preserve the buyer’s margin. For advertiser B’s programmatic buyer, who has no exposure to the media budget, the ad against that user will be bought solely on the value of that ad. Advertiser B can bid higher than A and wins the impression and potentially the sale. Advertiser A loses out simply because of the way they buy their media.

3) More of the budget gets to the end publisher who can then reinvest in creating great content and environments to attract more users. Ads in these environments then have more impact because of the quality context in which they appear. Ads with higher impact again benefit the advertiser giving them more value from their media budget.

4) There are perverse incentives with the % of media spend or fixed CPM/CPC/CPA model. These range from persuading advertisers to spend as much money as possible (which at its worst has involved bribery); to only being able to buy media which allows the media buyer to make a profit rather than focusing on the benefit of that media to the advertiser; to incentivising the buying of fraudulent inventory to manufacture cheap clicks and cookies which give nothing more than a superficial impression of performance.

5) Long-term trusted relationships develop which allow for consistently incremental work. Programmatic can reach deep into an organisation to important areas such as product and market development, stock levels, fund-raising, recruitment and cash flow. To add value to these areas as well as executing well on the media-buying side advertisers need to be able to trust the service provider. This trust is difficult to establish if any suspicions exist around the media buying margins or transparency.

7) High value media opportunities can be accessed regardless of CPM cost.

The consultancy model has a lot to be said for it in terms of fairness and allowing the service-provider’s interests to align with those of their advertiser client. The service-provider receives fair compensation for the time, talent and knowledge invested into the work and is focused on providing value to the client in the interests of longevity of relationship. There needs be little incentive beyond this.

There is again an argument from the likes of Rocket Fuel, and Xaxis, that they provide something that service providers using non-proprietary tech can’t. The argument states a need to charge a significant amount more in order to invest in the technology. There’s obviously some merit to this. Xaxis has invested $25m in Turbine. But when you see the size of investment in sales and marketing you wonder how much is going on tech in some businesses.

Does the tech investment really give 10s of percentage point improvements over a good service provider using non-proprietary tools? I’d love to see an independently arbitrated competition between buy-side vendors. Perhaps someone like VisualIQ or Integral Ad Science should sponsor such a competition…