As the opening keynote at ATS Madrid in May, Sergio Martin (pictured below), commercial director, Adform, held a panel discussion with Meliá Hotels International and Accenture Interactive on the topic ‘programmatic as the solution’. Meliá is a leading brand with a global influence on the hotel industry. To perform an audit and shape a new digital policy, Meliá hired Accenture, a digital consulting firm that provides guidance for brands, with the task to explore how to adopt programmatic advertising.

Challenge one: Out with the old & in with the new

“Programmatic marketing changes the structure in the company, involving many departments such as IT, CRM, and a big specialised team” – Accenture Interactive, ATS Madrid

A main challenge for Meliá was information overload. This led to uncertainty as far as which technology to work with. They needed to know what platforms would work for them and how, as well as receive guidance on how different platforms, that on the surface looked similar, actually differed. Together with Accenture, they went through the benchmarks, and received a strategic plan and step-by-step training along the way.

Meliá immediately found that, based on the types of campaigns they were interested in running, the programmatic ad server was an essential piece of the equation. Once identified as the core piece of their strategy, Accenture and Meliá worked to craft an in-house technology stack that was custom tailored to their industry and way of doing business. 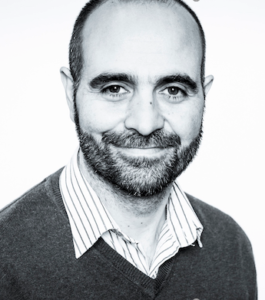 As Meliá has a global audience and market presence, where almost every region is a client, having data transparency was very important. Owning and understanding their data was essential in order to make the right decisions, understand their audience, and optimise their resources to reduce waste and increase impact.

Meliá’s strategy focused on learning about and understanding their clients, where they came from, and how they engage throughout their discovery, booking, and rebooking journey.

Each client has a story, and it is important to think of programmatic as more than just retargeting. Many brands are just using this strategy and they miss out on programmatic’s full potential by not targeting all stages of the funnel.

Meliá bet heavily on programmatic and they understood that in order to test this new approach they had to set the right conditions and environment. This meant having enough budget to test different technologies, as well as spending enough time and resources to achieve the right outcomes. From the start, their process focused on research and experimentation, rather than an all-or-nothing, silver bullet approach, straight out of the gate. One piece of this was understanding the role mobile played in shaping customer behaviour.

“Mobile is not just a device, it is a behaviour”, said Meliá at ATS Madrid. Tracking and understanding the user’s behaviour is key to understanding how digital advertising works.

Attribution has been, and is, fundamental to Meliá as it allows them to understand the effectiveness of every Euro they spend. Spend optimisation ensures more cost-effective outcomes for Meliá and allows for resource optimisation, providing an understanding of which technologies to focus on, rather than those not worth the effort.

A regional approach is also key. Advertising in a region where Meliá has a big market share means the focus is on performance. Regions with lower brand awareness need brand campaigns.

Data has presented Meliá with a massive opportunity to utilise their assets. Meliá is now able to collect, store, and activate first-party data in ways that were not possible before the advent of programmatic marketing. This has also helped to optimise their spend by reducing waste on irrelevant users.

With the help of Accenture and Adform, Meliá was not only able to move their programmatic team in-house but also to reap the benefits of programmatic advertising and to better position themselves against their competitors. They improved their ROI, gained significant improvements in transparency, and increased their knowledge of the technology on which they were reliant.

Programmatic marketing currently accounts for 30% of Meliá’s digital marketing spend. This has helped achieve a significant growth of 20% year-on-year for the last five years for the direct channel sales. Meliá’s in-house trading desk has also doubled their budgets YOY since 2015. These are all metrics which highlight Meliá’s efforts to go programmatic and their success in implementing this strategy.