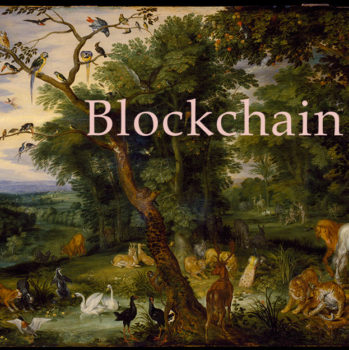 Blockchain: Buzzword? Game changer? Try 'utopia'. After reviewing a white paper on XCHNG, Maor Sadra (pictured below), managing director and CRO, AppLift, believes there might just be such a utopia in which no single player has all the power, and where 'market' dynamics change based on actual market dynamics, not based on a duopoly that mainly serves its own interests.

I have a running bet with my CEO that during Mobile World Congress 2018, I will find and take pictures of at least 20 ad tech booths featuring the industry’s favorite new buzzword: 'Blockchain'.

Since ad tech’s inception, companies have been quick to leverage buzzwords. We’ve seen it with artificial intelligence and machine learning algorithms; we’ve seen it with AR and VR; and we have seen it with basically every technological innovation born over the last decade.

Usually, the gap between the buzz and the reality is so huge that once reality hits us – it hits hard. (Think about how ad tech performs on the stock market.) But Blockchain is different. The hype is real. It is not hyperbole to say that Blockchain has the potential to cause long-term positive changes for our industry by forcing transparency into the ad-buying and delivery processes.

Kochava, a mobile attribution and analytics company, recently introduced XCHNG, a globally distributed ledger intended to facilitate an end-to-end workflow. At first, I was wary this was yet another case of a business jumping on the buzzword bandwagon. But after reading the white paper, and later jumping on a call to ask a LOT of questions, I understand the direction the company is going. In my opinion, it is the right one.

Kochava’s approach is to address the root causes of some of ad tech’s biggest problems, rather than just treating the symptoms. These challenges include the lack of fair, standardised attribution of performance events to players in the system, and the need for increased transparency of inventory, campaigns, and efficiency.

XCHNG seeks to digitise the IO using Blockchain’s decentralised network approach for verification. XCHNG proposes building a utopia in which no single player can have all the power, and where 'market' dynamics change based on actual market dynamics, not based on a duopoly that mainly serves its own interests. (Sorry, Google and Facebook.)

Reviewing the white paper, my interpretation was that Kochava is declaring to the duopoly: if you don’t want to play in the open market, we don’t need you, as we already have 1.5 billion devices on the Kochava collective available for targeting via XCHNG. We’re building the rails for everyone. Feel free to put your trains here – or not. Either way, we are building an open, decentralised market.

Blockchain has its critics. Some argue that Kochava’s solution is flawed because impressions are not necessarily assets. I’d agree with this; but the fact is, impressions are traded with no understanding of the tangible, as we are trading in 1s and 0s. The lack of transparency advertisers seek is not just about a 'site list', as is often misinterpreted. The call for transparency is a call to know that, for example, vendor X contractually agreed to sell you 50 red apples and you’re making sure they don’t deliver seven avocados (while billing for you for those 50 apples). A decentralised ledger could support and improve the trading of this asset by putting it into a generally binding framework that gets verified by consensuses through the daily rolling chain.

The duopoly doth protest too much

This approach could put many ad tech companies out of business. Digitising the IO and using a decentralised network of verification will be a bad thing for many intermediaries. It is incredible how many ad tech companies are actually glorified scams. It is also incredible how many marketers realise this but ignore it because of personal interests.

You can compare ad tech to the tobacco industry. Scam media houses are the tobacco companies; Yielding marketers are the doctors who pretended not to know tabacco is harmful; and Blockchain could be our industry regulation.

It is not just smaller players that are protesting. Blockchain will ruffle feathers with the big guys, too.

Facebook and Google don’t use self-attribution models out of the goodness of their hearts. They do not develop monetisation networks (FAN, GDN) to help out other publishers. They are multibillion dollar, publicly traded companies that need to keep hitting their numbers and growing their bottom line.

In self-attribution models, publishers can take credit for any conversion in which a user could have seen their ad. Someone could be running the Facebook app on their phone in the background and then install an app. Facebook then attributes that install to its ad, even though that ad wasn’t even seen by the user. Blockchain could, theoretically, eliminate this self-attributing tactic by establishing a contract that all network partners, marketers, intermediaries, and so on, use to determine how much attribution goes to which player in the value chain. It could finally force us to accept attribution standards.

If and when all players – from the small scam media house to the industry’s largest players – are forced to be regulated by the decentralised ledger, the market as a whole will evolve for the better.

Blockchain technology in ad tech is not just another buzzword. The technology has the potential to solve some of our most pressing challenges.