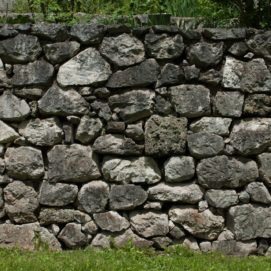 In association with Smart

The challenges of publisher monetisation are an ongoing saga, with the villain of the piece most oft touted as the walled gardens. So, what is the publisher’s best defence against them? Michael Nevins (pictured below), CMO, Smart, believes publishers should be building their own walled gardens. Speaking with ExchangeWire, Nevins explains why now is the time for publishers to take back control.

ExchangeWire: What situation do publishers currently find themselves in?

Michael Nevins: I like to compare the publisher situation to the dilemma faced by Neo in the Matrix. Rebel leader, Morpheus, offers Neo the red pill, which would allow him to live in the challenging, yet ultimately rewarding reality, freeing him from the enslavement of the machine-generated dream world. Conversely, the blue pill would lead him back to stay in the comfortable, simulated Matrix reality. Spoiler alert: Neo chooses the red pill.

Publishers today are facing the same dilemma. Entering the harsher reality (i.e. taking the ‘red pill’) would ultimately allow them to liberate themselves from the domination of Google and Facebook, versus opting to remain in comfort, where they are exposed to the unbalanced relationships with the walled gardens.

The choice should seem obvious but yet it’s daunting – face up to the red pill’s reality and reconsider the go-to-market strategy. A publisher needs to build greater long-term brand equity, creating stability and a sustainable monetisation model.

Are publishers too reliant on walled gardens?

In a word, yes, but it’s more complicated than that, and it’s easy to see why this over-reliance has dominated. Walled gardens provide scale and other value to publishers, but while partnering with Google and Facebook (or other platforms) which feels like a safe market strategy, it is in fact a reliance which leaves publishers vulnerable to their whims.

What if the walled garden changes its policy, or its algorithm? These changes could have a detrimental impact on publisher performance overnight and the publisher is defenseless against this change. The price it pays for this ‘comfort’ is a loss of freedom and a lack of control over its future. Take the example of online publisher, LittleThings, which had to shut down last month due to Facebook’s recent news feed change.

We’re not saying that the walled garden doesn’t have its place in the ecosystem. In fact, quite the opposite: we believe publishers should be creating their own walled gardens, which we are calling ‘private gardens’.

Why should publishers be creating private gardens?

In 2018 there is a real emergence of credible, open, and data-protective tech platforms, which exist to allow publishers to wean themselves off their walled garden reliance.

By creating their own walled gardens, or private gardens, it would allow publishers to be self-sufficient and deliver greater ad experiences via their rich, first-party audience data, without risking data leakage.

Publishers are sitting on a wealth of owned data and the best way for them to claw back market share in the current climate is through the activation of this owned data.

It’s ultimately about maximising yield and the private garden would deliver that via a number of means. Publishers would be able to better-optimise their yields and build stronger partnerships with demand platforms, data providers, and through publisher data alliances. It would drive greater user lifetime revenue and audience loyalty within a safe, yet premium content ecosystem.

How would creating even more walled gardens impact the programmatic ecosystem? Would it level the playing field? 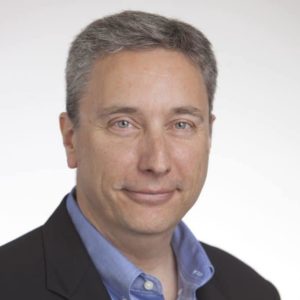 The duopoly owns the lion’s share of the digital advertising market and, while their scale is not to be dismissed, the entire industry would be much better served if publishers are able to have the power to create a more balanced and transparent marketplace. They can achieve this by steering advertisers towards committing greater budgets to their private gardens. It provides advertisers with brand safety and content quality they can’t get from the larger walled gardens. By creating their own private gardens publishers can make their businesses much less vulnerable. It would in essence help to level the playing field.

With data privacy and security a key concern for 2018, particularly with Europe’s impending GDPR, the private gardens would also generate stronger relationships between publishers and buyers, with a shift of focus from the quantity of inventory, to its quality.

It’s self-perpetuating. A shift to quality in a secure, premium environment, would drive greater emphasis on context, meaning fewer ads, reduced fraud, improved viewability, and a healthy scarcity of inventory; driving up CPMs for the publishers. Ultimately, it will result in better experiences for the end user, which we mustn’t forget, is the reason the industry exists in the first place.

The market is already moving more towards a premium, private programmatic environment, so what additional benefit would the development of private gardens have?

It’s encouraging to see that the shift from the open exchanges into the private environment, e.g. PMPs, programmatic direct, is growing in prominence, and it is being driven by both the buyers and the sellers: buyers are looking to purchase more efficiently, and at scale, in guaranteed, premium environments. Publishers want to extract greater yield and value from programmatic monetisation. Forward thinking publishers are increasingly thinking about the relationship between demand and supply and how scarcity can have a positive effect as buyers will pay more for unique inventory that performs well.

Taking this to the next level, and fully leveraging their first-party data, publishers are taking the next step towards reinvention. There is no better time for publishers to harness their own data assets to secure long-term stability and growth. Publishers know the value of their first-party data, but industry indecision has meant that they’ve not been able to maximise its value. Now is the time to act: publishers have the necessary tools to go beyond the limitations of traditional data management platforms and cookie synchronisation.

It sounds like the transition won’t be easy. Are publishers already seeing success by going down this route? How can publishers make the shift?

Yes, but it takes courage. The first step is realisation – publishers that are awake to the fact that they are sitting on a huge missed opportunity will be open to putting in the effort required to reap the potential rewards of the private garden; it’s a garden full of assets, that are ripe and protected. Increasingly, our clients are leveraging their valuable audience data within a data-protective environment. Our clients such as Intuit, Tracfone, and Deezer are already succeeding in the marketplace as a result.

To make the shift, publishers need to find the right balance: a healthy scarcity of inventory; best-in-class user experiences; a focus on quality over quantity; and a respect for user privacy.

Publishers that will win with private gardens are those, which begin to fully control and activate their first-party data; unlocking unique, data-rich inventory that’s not available anywhere else.

Essentially, publishers have reason to be positive, particularly premium and quality-driven publishers. There is life outside of the duopoly!