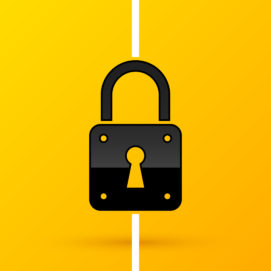 Browser-level privacy protections have hit the headlines in the last two months, with each of the major internet browsers imposing some level of restriction on the use of third-party cookies.

ExchangeWire speaks to Jascha Kaykas-Wolff (pictured below), chief marketing officer at Mozilla, on why they are imposing tracking protections by default on the Firefox browser, and how the firm aims to work with the advertising industry on user privacy.

What prompted the decision to enable Enhanced Tracking Protection by default on Firefox?

There’s a problem that exists right now, and that’s that people who are on the internet are not treated like human beings by the companies and products they care about. We choose to go to a website to get a service or buy a product, and while we may believe that we’re having a conversation in a room with just us and that website, the reality is that that website is, without our knowledge, bringing several other organisations and people into that conversation.

That’s not something you would do in real life. That isn’t treating somebody like a human being. It is taking advantage of the fact that there is the ability to hide what’s actually going on. So throughout our history as an organisation, we have always been about making sure people are empowered to be in control of their online experience. It’s necessary to make big steps like bringing enhanced tracking protection out into market as a default because consumers just don’t understand what’s going on. We know that the default settings are incredibly important to help change behaviours, and we want to let people do all the things they want to do. You or I should be able to go to whatever website to do whatever we want, and here at Mozilla we don’t believe that our behaviors need to change. What we do believe is that the behaviors of the organisations who aren’t really respecting us as human beings do need to change, and enhanced tracking protection is a vehicle to help do that.

How is Mozilla working with the advertising industry to ensure they are serving their ads responsibly on the browser? 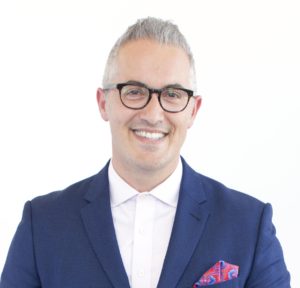 Our position is if you’re an advertiser, or you’re an advertising technology company, you need to be really strong on getting consent from consumers when collecting certain kinds of information. In return for that consent to collecting information, we believe it’s really important that you add more value into their lives. That can look different based on the dynamics of your business, but at a very high level, that’s the conversation that we want to happen. You have to add more value into the consumer’s life or, if that’s not happening, the consumer should have the ability to make sure that they’re taking care of themselves.

As a company, what do you want from upcoming regulation such as ePrivacy and the California Privacy Act?

In light of any changes to the status quo that come through legislation, technology companies need to be able to put consumers in the driver’s seat again. That’s why we think introducing products like Firefox with Enhanced Tracking Protection as a default are so important. It’s that the changing of the status quo can’t come just from legislation. It has to come from changes in technology. We feel that that’s our responsibility as an organisation to be at the forefront as a consumer advocate.

What trends are you monitoring in ad tech?

The key trend over the next decade is that most of the big platforms that we advertise on have reached peak market share, so the challenge that’s going to exist for them, whether it’s Facebook or Google, is that they can’t just focus on growing more inventory. They’re going to have to be more efficient with their inventory, and make more money from it. What that means is they’re going to have to compete with the products that their parent companies are making, and I think that advertisers are going to get the short end of the stick.

We’re going to have to recognise that it’s not going to be in the best interests of these gigantic ad networks to help us get in front of the potential customers we want and get them to our sites, or to get data from them, and then do things to help our business be more successful.

We’re actually going to have to find new ways to create owned experiences. We have to be good at building websites again, which we really haven’t had to be as an industry over the course of the last couple of decades. I think that the worlds of customer experience management and customer orchestration are going to be the two big linchpins of ad tech over the course of the next decade because of this dynamic.

What’s next for Mozilla? How are you going to build on your consumer focus in terms of products and services going forward?

Enhanced tracking protection as a concept has been around since the end of last year with Firefox and we’ve had a private browsing as a feature available over the course of the last few years. An interesting grounding stat to help frame what we’re doing as an organisation with our products is that, even with those tools available for consumers in Firefox, only 3% of our consumers have chosen to change their defaults to be able to take advantage of those protections. So part of the way that we are thinking about moving forward is that we should recognise when a consumer can have more control over their experience, and we should, as a technology company, create a default experience where that consumer is in control. So a default setting for enhanced tracking protection is a lean-in to what you’ll see more and more from us, which is making sure that the default experience for the consumer puts the control into their own hands.

Here are a couple of examples of Mozilla’s path over the next few months and years. The first is that we have built out a suite of products that haven’t always had a direct relationship with each other. We are starting to be much more intentional about bringing them together. So when you choose to use Firefox, we’re going to make sure that by default you’re going to get the protections that we can provide you, we’re going to give you by default the ability to have tracking protection around, for instance, Facebook with Facebook Container on by default. We’re bringing together all of these different products that have been independent so that you as a consumer, independent of the choices that you want to make online are always going to be safe.

So what comes next? We’ve been experimenting with products like VPNs, because these are important if you care about privacy and security, but most people don’t use them by default. For instance if you or I choose to show up at our local coffee shop and connect to the wifi network, Firefox can recognize that you’re on an unprotected public network and we can automatically turn on a VPN feature for you. So we’re going to continue to look at ways that we can create a default ‘advocating for you’ experience by turning on different features to make sure that you’re always protected and in control. That’s going to show up in new products that we build and it’s going to show up in ways that we expose features by default and it’s going to show up through us really being intentional about connecting all of our products so that the consumer experience is seamless.