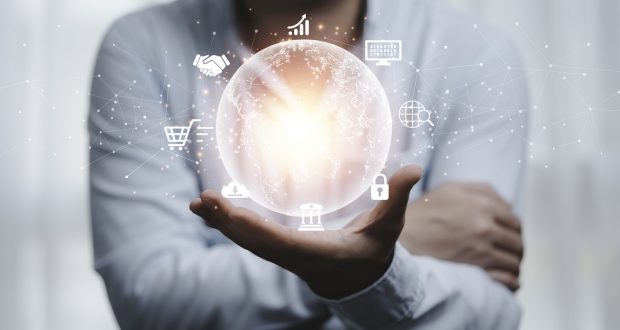 At ATS London 2022, Ben Putley, co-founder and CEO of Alkimi Exchange, delivered a keynote speech focusing on the benefits of decentralisation and the potential offered by web3.

In this follow-up Q&A, Putley outlines the evolution of the internet from web1 to the web2 we know today, and puts forth the opportunity that web3 presents to build a better online advertising ecosystem.

What did the shift from web1 to web2 mean for advertisers?

Web1 was the foundation of the modern internet – it enabled the connection and transfer of data between databases for the very first time, giving internet users previously unheard of levels of access to information. Web2 came along and expanded the application layer established by web1: it gave people the ability to interact with a website in a far more user-friendly manner. With web2 came the advent of the smartphone, which, combined, saw applications evolve from a desktop to a mobile setting. This, in turn, gave rise to some of the behemoths (like Meta, Twitter, and Spotify) that are now parts of our daily internet usage and became new arenas for online advertising.

The shift from web1 to web2 enabled advertising online as we currently know it.  Advancements in technology of the application layer allowed users to interact with websites and apps in ways that wasn’t possible prior, providing the foundation for the ad units we see across the internet today.

What implications has web2 had on users’ data privacy?

The technological means for data sharing didn’t really exist prior to web2, so we can’t make a strictly apples-to-apples comparison. However, on the whole, user privacy has unfortunately been worsened by web2.

The basic premise of web users sharing their preferences was that it would make the internet more useful by providing them with more personalised online experiences, including by presenting them with ads for products and services that are more relevant to them. This was (and remains) a key aspect of the intended value exchange behind a free internet. However, it was market participants’ decision to use and resell data to advertisers that caused the far too-common privacy infringements we have seen reported in recent years, leading to the ushering in of new legislation to protect users online.

What opportunities are advertisers already exploring in the still nascent web3 space?

Web3 marketing is only nascent if you view it purely from a web3 perspective. The gaming industry has proven that people believe digital assets to be a store of value, either monetary (for instance, on Fifa Ultimate Team) or socially (such as the Balenciaga skins that Fortnite players can buy for their characters).

The issue to date is that games are walled gardens, and these digital assets have been locked within one “metaverse”. However, web3 will enable the transfer of these assets across the entire web, opening them up as new opportunities for brands to engage with their existing audiences and connect with new ones. And, in turn, people will be rewarded for their loyalty to brands with things like access to events, pre-sales, discounts, and money-can’t-buy-experiences.

What potential does web3 have to improve people’s online experiences?

Web3 will give rise to an internet with fewer, more engaging ads that reward users for interacting with them. This will, in turn, increase the monetary flow back to those publishers that create value in the market, enabling them to continue to deliver better quality content (and fewer clickbait, salacious headlines that we find too often online) on much faster loading pages.

Furthermore, the thicker protocol layer that will accompany web3 will give users greater agency over how their data is shared on the internet, and enable people to interact with each other online without having to go through one centralised database (which comes with the negatives of poor data security and privacy).

Does web3 have the potential to reset the value exchange of online advertising? If so, how?

Plainly speaking, yes: the plethora of issues facing the advertising industry have been caused by the industry reaching the limitations of the underlying infrastructure currently supporting the ecosystem, and this has caused the intended value exchange of the free internet to largely fall by the wayside. 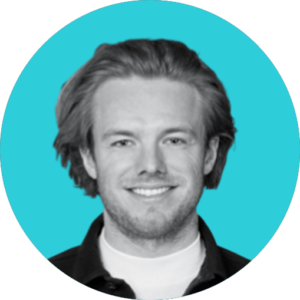 At present, there are too many ads online. Users get put off from returning to a particular website where they are inundated with advertisements, as these disrupt their experience. This leads to publishers having to work harder to make more money, and in order to do so, they sell more ads – and so the vicious cycle continues. On top of creating a poor user experience, a higher volume of ads means worse ad performance and a higher risk of fraud.

Web3 will bring one source of truth, where all the transactions that have taken place within a particular marketplace are recorded on a single ledger, doing away with the current, convoluted ecosystem and the fees that come with it. And with a more substantial protocol layer, web3 will allow for more types of interactions, both between users and between people and brands (such as peer-to-peer payments, verification of ownership, rewards for loyalty, and transparency of data). Therefore, web3 will foster a more efficient ad buying process that will enable publishers to deliver a better online experience and provide new ways to bring real value to people when they use the internet.

What advancements do you see becoming more prominent in web3 in the near future?

I think that people connecting their wallets to traditional web2 sites will become commonplace. By doing so, web users will be able to access gated content, be rewarded for surfacing their data, and be in complete control of who can access their personal data.

I think it’s also important to recognise the success that NFTs have had in creating communities in a way that brands haven’t been able to for some time. These items, which will become more prominent in web3 and the advent of the metaverse, offer a new way for advertisers to engage with web users, and for web users to interact with brands. We’ve already seen some brands (like Gucci, Balenciaga, and Nike) leaning into the audience-building potential of these web3 innovations, and I think that more will follow suit in the near future.

How Ad Tech Can Benefit From Human-Centric Design