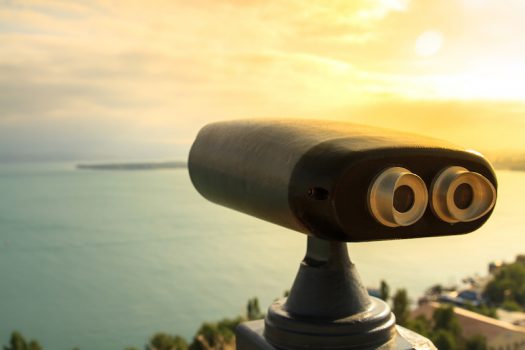 From the establishment of GDPR in Europe in 2016 to the Cambridge Analytica scandal, access and use of data from people around the world has become a critical issue for players across the entire ad tech ecosystem.

Crucially, the increasing prevalence of data and privacy has shaken operations that have become integral to the advertising technology landscape as it stands today. Third-party cookies, which have been used to track internet users as far back as the mid-1990s, are being phased out — albeit very slowly, with Google extending their use in Chrome until 2024 — in response to increasing awareness of their pervasive nature. And, in May of this year, a report from the Irish Council for Civil Liberties branded real-time-bidding (RTB), the practice of tracking internet users across sites and selling the data collected on them for ad targeting in real-time, as "the biggest data breach ever recorded”. The Irish watchdog’s report went on to claim that Google enabled 4,698 companies to receive RTB data on people and raised concerns around the risk of personal data breaches.

Not only does ad tech have to contend with increased scrutiny from regulators; consumers have become increasingly aware of how their data is used and are taking a stand. Social media giant Meta, for example, started 2022 with a £2.3bn lawsuit on behalf of Facebook users in the UK which claimed their data was exploited by the social network. Nine months and several more privacy lawsuits later, Meta’s reputation with the general public is at a critical low: in the US, only 5% of adults expressed a “very favourable” view of the company.

As regulation and public perception shifts towards privacy-centricity, any shadow of scrutiny over how tech firms handle consumers’ data could be catastrophic to their reputation. And, while many may not agree with the Publilius Syrus quote: “a good reputation is more valuable than money”, its impact on a company’s bottom line is difficult to ignore.

With infrastructure, reputation, and revenue all at stake, tech companies are faced with a  dilemma: how can advertising technology be reformed with privacy at its core?

The obvious decision may be to transition to contextual targeting. As The Coca-Cola Company’s global head of ad tech & media platforms Vidyarth Eluppai Srivatsan noted at ATS Singapore 2022, the tools to embed contextual into ad tech practices have always been available to marketers, but access to behavioural targeting has made the industry slow to implement them. As the crutches of behavioural targeting and third-party cookies crumble, however, the potential of contextual is now front and centre for many within the industry. In its very structure, contextual targeting can completely sidestep concerns around privacy by using the content of a webpage alone to inform ad placements, and this is exactly what the industry wants, right?

Certainly, contextual seems to offer a tantalisingly simple solution to a complex and long-running conundrum for ad tech. To treat it as a silver bullet, however, would serve to gloss over some of its shortcomings, one of which is scale. As Eluppai Srivatsan commented, ad tech has been sluggish in its approach to embedding contextual into its practices, meaning the development and application of contextual-centred tech is still very much “in the nascent stage”. Essence’s VP data & technology APAC Vincent Niou agreed, also highlighting the need for marketers to consider the role of creative in contextual advertising and recognise “the synergy of the creative itself and the environment in which it’s placed”. Indeed, contextual advertising relies greatly on nuance, meaning that to utilise it successfully requires careful consideration of ad placements individually, a requirement which can make applying contextual at a heightened scale tricky. “In some instances, creative is more important for contextual strategies and tactics than for audience tactics”, Niou argues.

“At the end of the day, the tools are there, but they’re only as good as the user.”

So if contextual, although not without its merits, is not the deus ex machina marketers are hoping for, should alternatives be considered? According to Novatiq co-founder and CPO Tanya Field, a better option would be to develop a new infrastructure that can reach “people who have logged on, who have shared their information, and are prepared for that information to be utilised in ways they have consented to”. This infrastructure, ideally, would be an “ID environment that creates authenticated audiences, [and] recognises the same user across different sessions and devices,” to place ads in a strategic manner that improves the experience of customers and advertisers in tandem.

Creating an infrastructure such as this could “feed up to 25% of the market”, Field asserts. It would, however, undoubtedly be a huge undertaking and the path towards such a framework is far from clear. While this lack of clarity could be viewed with trepidation by the industry, it does also offer a unique window of opportunity: yes, evolving privacy regulations are forcing advertisers out of an old system, but what ad tech’s new ecosystem looks like - and how to get there - is in the industry’s hands. According to Sarah Rew, senior director of global marketing at LoopMe, advertisers can get a head start by building “their own data insight capabilities (rather than relying on data from walled gardens)” in addition to “moving towards areas like AI-driven predictive modelling”. Olivia Linman, client director at Fifty, argues the same for prospecting, asserting that companies who have established “insight capability as quick, dynamic and scalable as when you could retarget using pixels” will succeed.

Whatever direction they take, companies who embrace innovation at this critical stage will not only be able to toe the line of privacy law but also develop a new system that allows their advertising campaigns to thrive.

The Power of Prospecting in a Privacy-First Era