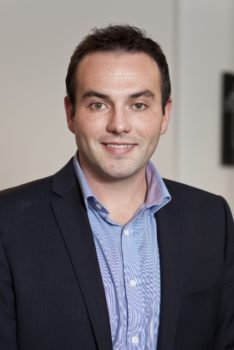 Early hype, followed by disillusionment, was a familiar pattern for the software applications market, particularly the software as a service (SaaS) market, otherwise known as cloud computing.

SaaS was originally focused on customer relationship management (CRM) before expanding out into content, communication and collaboration (CCC), as well as enterprise resource planning (ERP). The idea behind SaaS is to provide applications via the internet, eliminating the need to install, run, or maintain programs on internal systems. Now, with sleek new products created by innovative companies, it looks as if the market is truly coming of age. Gartner, specialist researchers of information technology, have projected that the cloud services market is forecast to grow 18.5% in 2013 to total $131 billion worldwide, up from $111 billion in 2012.

The move from enterprise applications is part of what is changing the market, as well as a perception that SaaS is a new market for large software companies. This has also led to small brands, and even start-ups, beginning to move from traditional application software to the SaaS model. The reason for this is simple: SaaS offers a rapid means of improving site operation and data analysis, enabling smaller brands to compete in an ever-changing digital environment.

For many companies, the obvious benefit is a simple: a subscription-based pricing model that covers everything required to operate a service, including support and maintenance. That means a lower and consistent level of operational expenditure, without any of the capex investment required for hardware and software licenses. What really makes SaaS so appealing as a delivery model is not just that it can offer fast deployment speeds and low upfront costs, it’s also that it has the ability to offer ongoing flexibility to scale up or down as needs change, enabling companies to respond rapidly to market evolution.

Perhaps even more importantly, SaaS generally comes with simple implementation, along with flexible upgrades that don’t require new personnel to manage and maintain. It reduces support needs and provides greater opportunity of use. Using SaaS solutions also usually means that if you are deploying a service across your website, it should also be simple to deploy across multiple channels, such as mobile and tablet sites. Stephen Mann of Forrester Research has even reported that SaaS users have a higher degree of satisfaction; normal software and services approaches have satisfaction versus dissatisfaction levels around 80:20, while the numbers for SaaS are around 88:12.

Of course, that’s not to say there aren’t risks. Some companies have concerns about security and offsite data, potential integration challenges, concerns about network availability and total cost concerns (that the long-term costs might be higher over time with rising usage, swallowing up the low start-up costs). Not all SaaS models include everything that you might expect – it’s important to check that upgrades are included, and that the system is as easy to use and implement as suggested.

The key is to make sure that you’re asking the right questions of a SaaS provider, and to ensure that you’re using SaaS software in such a way as to increase efficiency and productivity that outstrips that cost concern. Done right, the fast deployment of a SaaS solution can bring value to an online retailer’s bottom line more quickly than on-premises software.

KPMG’s ‘Embracing the Cloud’ report said that nearly half of the end-users surveyed (46%) stated that their most likely investments are expected to be in cloud-delivered SaaS. As consumers and clients alike become increasingly familiar with the model, SMEs are increasingly adopting it, as the pay-as-you go model is often closely in line with both strategic and operational objectives of these businesses. For small retailers, for example, where margins can be thin, there can be significant benefits in gaining rapid understanding of customer behaviour, quick response times and the ability to leverage the most effective solutions. For many without complex legacy IT systems, the impact can be enormous.

Two examples of this are UK brands Snow+Rock and Lovehoney, which implemented SLI System’s ‘Learning Search’, a SaaS solution, which constantly improves search results by tracking visitors’ search queries and clickthroughs. Snow+Rock, a leading premium-quality ski and sporting goods retailer, operates both on and offline. For the company, implementing ‘Learning Search’ meant making the customer experience easier and more productive. They felt the search function built into their ecommerce platform didn’t provide the features they needed, especially as it couldn’t account for synonyms and alternative keywords for equipment or brands with oddly spelled names. Adding functions such as auto-complete, enabling customers to check on stock availability, a price slider and broader refinement categories all played a part in increasing site search usage by 33%, with 11% higher conversion rates and 8% higher revenue per visit.

For adult-toy retailer Lovehoney, the site suffered from a lack of advanced site search, or testing abilities within its own search solution. Learning Search resulted in both higher conversions (up 15%) and increased revenues per customer. Revenues were up 16% for site search users against non-site search users, while abandonment rates for site search users were 18% lower than for those who weren’t. More interestingly, the SaaS Learning Search reporting system flagged up an increase in customers searching for the term ’50 Shades of Grey’ (prior to the book becoming mainstream). The company was able to get out in front of the juggernaut the book became, and agreed on an exclusive distribution deal with the author for a group of ’50 Shades’ products. For them, using the SaaS model increased revenues and enabled the company to identify new revenue streams, while keeping costs constrained on a pay-as-you-go basis.

The main focus of research on the SaaS market may still be on the ERP and CRM giants, but it’s possible that the most powerful impact of the SaaS model will be in enabling smaller brands and retailers to access sophisticated and effective services. Improving the customer experience, increasing revenues, and enabling analysis for new product development – it’s possible that SaaS will be the route for competitive advantage in retail in the future.