In this weekly segment, ExchangeWire sums up the key industry updates on ad tech from around the region – and in this week’s edition: Criteo APAC clocks 74% revenue growth in 1Q15; Publicis to bring digital consultancy to Singapore; We Are Social opens up in China; and News Corp Australia hires commercial innovator.

The retargeting company said its global revenue for the first quarter of 2015, ended March 31, grew 71% over the same quarter last year, to €262m.

Excluding Traffic Acquisition Costs (ex-TAC), revenue climbed 68% to €105m, it said, adding that a bigger clientele across all regions and wider publisher partnerships had contributed to the company’s growth.

Asia-Pacific accounted for 21% of Criteo’s global revenue for the quarter, clocking the second-highest revenue growth of 74% to hit €22m ex-TAC. The Americas was the fastest-growing region with 138% year-on-year quarterly growth to €35m, while EMEA saw revenue grow 36% to €48m, but was the largest contributor at 46%.

Net income for the quarter grew threefold to €12m, compared to €4m in the same quarter last year.

Criteo said it added more than 640 net clients for the quarter, with 84% of its customer base tapping its multi-screen offering, while 22% had deployed the Criteo Engine.

The global agency has unveiled plans to open a local outlet of its digital and design consultancy, Nurun, which was launched in November 2014. 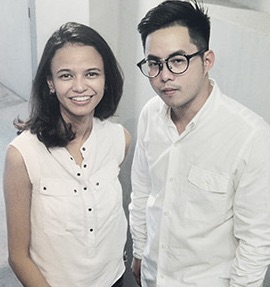 “We live in a connected world where product, services, and platforms have become singular and are at the heart of the consumer experience,” said Publicis Singapore CEO Lou Dela Pena, adding that Nurun focuses on building products around human behaviour.

Previously creative lead of Ogilvy Asia-Pacific’s K1ND, Ng said: “Many agencies talk about innovation but at Nurun, we’re cautious about innovation for its own sake. Instead, we’re focused on problem solving with solutions that drive real change for clients.”

Theseira added: “Understanding human motivations and drivers is the key to brand relevance. The essence of Nurun is to unlock those trigger points for clients using our unique strategic approach.”

Separately, Publicis this week announced the appointment of a new group managing director for its Australian operations. Based in Sydney, Gavin Levinsohn will lead the agency’s local team of 90 with skillsets in advertising, content, CRM, mobile, digital communications, and brand design.

We Are Social opens up in China

In a blog post, Lin said We Are Social had grown since its debut in 2008 to become a global agency with presence in five continents, and was now aiming to establish its footprint in the Chinese market. 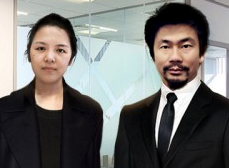 “We are here with the mission of setting a new benchmark for marketing in China,” he wrote. “China has its own unique culture and, perhaps more importantly, a unique digital ecosystem. The social landscape in China is maturing. Platforms are becoming more sophisticated and brands are increasingly seeing real benefits from a social presence.”

He explained that there were clear social media differences between China and the West. To address these, the agency focuses on “creativity and human insights”, instead of the various social media platforms, he said, describing this as a potentially “transformative force” in this space.

According to Lin, We Are Social had developed practices and technologies customised for the Chinese market and hired a local team of 15, which included creative director Ying Chang. Lin himself has 17 years of digital marketing experience and had stints as business director of Grey Shanghai, client services director at Pulicis, and head of digital at JWT.

The new China office has secured several global and local brands in its clientele such as Liebherr and GMAC.

Hodges will begin work in the newly created role in June and will report to News Corp Australia’s national sales director, Sharb Farjami. Stressing the importance of “genuine innovation” and understanding its customer needs, Farjami said: “This appointment is an important step towards realising this.”

Hodges said: “There’s never been a more exciting time to be in a media company. The landscape is changing daily, with new technology and new behaviours creating massive opportunities.”

The new hire was previously head of innovation and technology at MediaCom, and also was digital creative director for Clemenger BBDO and technical director at M&C Saatchi.