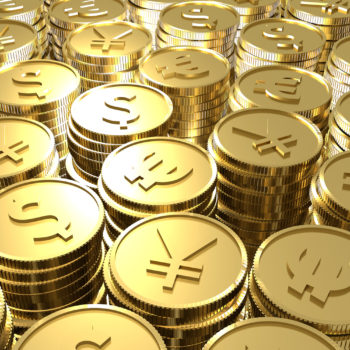 TheGamingEconomy visited Casual Connect Europe this week, where we interviewed Simon Spaull, managing director, EMEA, AppLovin, about the challenges and opportunities of in-app monetisation for gaming developers both big and small.

TheGamingEconomy: How do independent mobile gaming developers gain traction in such a competitive environment?

Simon Spaull: Financially, it’s a challenge. If you want to get to the top of an app chart, the predominant way is to buy users; and when you’re competing against the larger companies, it’s difficult, as you don’t have the big budgets, or the brand recognition. Therefore, you need a robust strategy; and that’s what we help to provide. It’s not only about looking at how to buy the best users, but also how to maximise the monetisation from that particular user.

If you compare digital advertising in the gaming sector with other verticals, there seems to be much greater importance placed on creative – would you agree?

Definitely. You can’t get data without the creative – nobody sees the ad and it dies in the ecosystem. Creative has always been the most important aspect of performance marketing.

If you have poor creative, no matter how good the targeting, you are never going to succeed. We provide the creative development service free-of-charge to advertisers to give them the tools they need to succeed on our platform. The better they do, the better we do.

Do you find gaming developers have a much better grasp of the space, compared with other mobile advertisers?

Even now, mobile is still a massive education piece, but in gaming, everyone’s got it, and you’ve got things like playable ads now. We entered the playable space very early on and we kept it under the radar as long as we could, as we saw how effective playable ads were, and still are. We launched that format a while ago, but now it’s in the mainstream. It’s a huge game changer for gaming and we’re seeing a tremendous uplift for playable. The best-converting is rewarded video with a playable end card. Rewarded video is always the strongest performer; and as soon as you put a playable end card on it, it converts even better. It’s the best performing ad unit by far in gaming.

Is it a bit of a juggling act for gaming developers to maximise monetisation as a publisher, while also maintaining player retention?

For the monetisation piece, developers need to set themselves up as effectively as possible and nine out of ten times that doesn’t happen. They don’t understand. What we cover now is zones, which is effectively in-app header bidding, making sure they’re getting maximum revenue for every impression served is key, and there are ways we can help them do that. The first part to fix is the ad mediation to maximise ad revenues, which we can help with. Then you need to make sure the ads aren’t intrusive and don’t upset the user, as well as get maximum price for whatever impression you’re serving.

In terms of retention, that’s down to the content and to make sure the game is exciting enough. For hyper-casual games, that’s the hardest challenge and those games live and die over a very short period of time. You have other games, like Nordcurrent’s Cooking Fever, where retention is extremely high. People just love playing those types of games. They are constantly refreshing content and that’s worked very well for them. Then you have companies like King, stretching as many games as possible out of one match-three concept. It gets harder and harder for those types of companies.

When it’s a very historic title, it also makes it harder for us to keep promoting it. Most of the big guys are really pushing us to do that and that is hard because players have either played it and don’t like it, they’ve given up, or they’ve already got it. It makes it much more of a challenge, as their KPIs are still aggressive and they still need a good return on their ad spend. We help and advise, but we have less power.

In the casual/hyper-casual space, we can come up with ideas to help with retention. For example, you might find with rewarded video that the reward isn’t good enough. A user may watch a rewarded video but only get one coin, which in that particular game doesn’t buy you anything. So where’s the incentive to the user to watch a 30-second, non-skippable video? We help developers understand that if they make the reward more influential, then there will be a reason for users to watch more videos, which will help the developer get more revenue, in turn driving more users, which in turn will then help them with app store rankings. It’s a holistic approach and we try to help across all aspects.

Do you find with companies that have been pushing similarly themed games over a long period of time, that app retargeting and reactivation of lapsed players is more challenging?

Definitely. Retargeting is a nightmare. You’re searching for people in the wild. You’re paying a fixed CPM or a high CPM price to get out there and get that ad in front of that person. You don’t know which app they’re going to be in at that time, then getting them to convert and play has always been a challenge. We help with retargeting and certain companies now have pivoted and specialise in retargeting. We just found, from a scale and volume potential, it’s very difficult and often it would be better spending that money on acquiring a new user. You might even reactivate a lapsed user through a UA (user acquisition) method anyway, without even retargeting their IDFA.

Is there still a focus on cost per install (CPI), or are companies looking beyond that, at metrics such as lifetime value (LTV), average revenue per paying user (ARPPU), etc.?

I would say every single gaming company understands the benefits of looking past CPI, which is great, and definitely one of the things gaming has over non-gaming. Even now, in non-gaming, especially in some emerging markets that are slightly behind digital, advertisers are still focused on CPI and have no understanding of what you can look at beyond or how to optimise that. Gaming cracked that. The challenge we have in gaming, perhaps maybe with a smaller or newer developer, is that they don’t understand what goals to target after the app install. Most look at ROAS or retention and those are the key metrics for us. It depends on the game genre as well. Obviously hyper-casual retention is a challenge, so you’re never going to focus on retention and get a good ROAS in a short space of time.

We will help developers understand the benefits of looking at the KPIs that fall within three to seven days of the install. If you’re optimising towards a 30-day event, it’s just too long, and we can’t react quickly enough, especially on a programmatic level. By the time we receive that data, it’s too late. We need a KPI after three days, then one after seven, and once you’re optimising to day three and day seven, we can be reactive and make the right changes to keep improving those campaigns. We insist on these time periods. We need to know within a few days where we’re backing out. Most gaming developers are looking to break even after day 90, sometimes after day 180, but we know then that after day three, they should at least see a 5% ROAS. It means we can optimise to whatever goal they wish, but we need that early information so we can react early and iterate on whatever it is we need to, be it bid change, targeting change, or creative change.

Do gaming app developers have a good understanding of who their audience is and where they can find it?

By the time gaming developers start working with us, they probably have a good understanding of where there audience is, or we might have helped them discover their audience in a soft-launch stage. Most gaming companies now will enter into a soft launch. In our space, from an algorithmic perspective, we typically find it’s best to aim broad and just test and learn across as many data points as you can. If you narrow the reach too much, it can affect your eCPM, and you can miss out on a lot of data. Even if you know there’s a certain category that doesn’t work, it’s still better to test it, because in almost every case, the developer will learn something new. There’s still a lot of education in this area. For example, publisher A might be worth more than publisher B, and we need to explain that we need to increase bids on publisher A, as we’re getting higher up the waterfall, which could achieve a higher quality user. Simultaneously, we need to bid down on publisher B, as the quality is not as good. It’s still quite a new concept to some developers, despite the hope that it would be common sense.

So, they might see higher eCPMs alongside lower impression volume, and panic, without realising they’re achieving improved lower-funnel metrics and a better-quality user?

Yes, exactly, or they’re just fixated on a fixed CPI. They might just want to set the CPI target to USD$2 and not care about anything else. Our approach would be to recommend that if they pay USD$3 for these publishers, it will get them up the waterfall and they will get a better-quality user. It takes a leap of faith from them, which for me is quite surprising, as I would have thought it would be a natural progression to improve their campaigns. The savvy buyers have cracked it, but there’s still a learning curve for independent developers, who are slightly newer to the game, and the money is rolling in for them, so a longer-term UA and monetisation strategy isn’t their focus. Furthermore, there are some developers who don’t ever want to run ads – they’re happy with in-app purchases. In every single case, if you run ads, you won’t only make revenue from that ad, you will also drive more in-app purchases. Some developers may not always be aware of this – they’re just so nervous of ads. However, the data shows that users who, for example, receive a coin to progress to the next level after watching a rewarded video, are more likely to go on to make in-app purchases.This content was originally published in TheGamingEconomy.com.