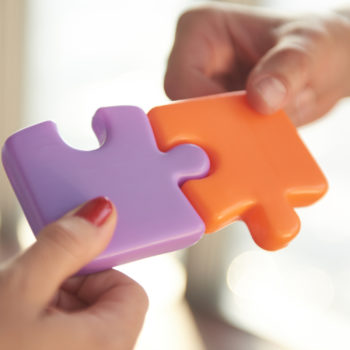 The dominance of Facebook & Google is well documented and is in part due to their ability to use a single user ID. The 20% do not experience the benefit of this and instead have to rely on an inconsistent mess of mismatched cookie data. Dave Castell (pictured below), general manager EMEA - inventory & partnerships, The Trade Desk, explores the problem caused by low ID match rates and the feasibility of using unified solutions to solve this issue.

The problem with inefficient ID matching

Think back to Europe before the days of the Euro. Remember how exciting it was to pick up your foreign banknotes before a holiday? And yet, with countless different currencies, that sometimes caused a bit of friction. Whilst it’s not so hard to change your pounds into francs, it’s a little trickier to, say, work out how to switch your Portuguese escudos into Austrian schillings in a Dutch bank. In fact, without the right currency, you might as well try and pay with monopoly money.

A similar lost-in-translation situation exists now in ad tech, as the inconsistency across cookie IDs is resulting in confusion and losses for everyone involved – from the DSP, to the DMP, to the user. Whilst we’ve come forward in leaps and bounds elsewhere in the industry, this particular issue has stayed much the same. 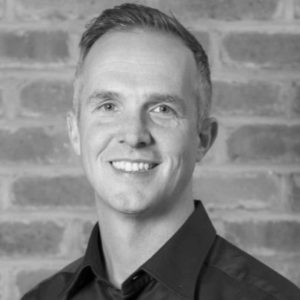 The web giants, for their part, use a single ID for anyone who visits their monetised private media properties – whether that’s a search engine or a social network. But other independent and objective companies are shut out from these benefits and left in a currency conundrum like the example above.

The issues start the first time a consumer visits a publisher’s site for the first time. Every player – whether sell side, buy side, or data company – assigns its own separate ID. That’s a lot of IDs. And only later on is there an attempt to link all those IDs together in the form of a handy match table that gives you a series of respective ‘exchange rates’.

And yet no data is actually exchanged along with those IDs. The problem isn’t that the IDs are anonymised – they absolutely should be. The problem is that the completely random string of numbers we do get tells us almost nothing about anything else. For example, you might know ID-123 matches ID-ABC, but that’s all you get. The fact that the user loves and streams a lot of films, or is currently in the market for a new bike, all that gets left by the wayside in a technological game of telephone as data moves between DSP and seller (or whoever else is doing the identifying). Being privacy conscious is key, but data dead-ends don’t help anyone – least of all the consumer.

As the ad-tech industry has expanded, the problem has worsened, making it almost impossible to link all the existing currencies out there. The result is inefficiency – and it’s marketers and publishers who pay the price in the form of lower match rates, as well as the existing overhead costs it takes to link these IDs together.

Let’s look at the nitty-gritty. Say a marketer re-engages one million website visitors via digital ads. These then undergo a ‘matching’ process – users with their DMP, the DMP with the DSP(s), and the DSP with the SSP(s). An 80% match rate at each stage here (meaning the same identifier is matched 80% of the time – far above the industry average) means one million potential customers become only roughly 500,000 actionable IDs.

Put simply, at its very best, this inefficient system slices a marketer’s addressable audience in half. Given that publishers have to exchange cookie IDs with countless companies, day in, day out, match rates consistently below 80% quickly become a serious obstacle, resulting in an unholy trinity of wasted time, wasted energy, and wasted money.

It’s high time we reacquainted ourselves with the goal of achieving the full potential of the ad-tech industry. This problem is a great place to start, as it’s one of the most fixable in the industry – but communication and co-operation have to be front and centre.

A common currency for anonymous cookie IDs would be a solid first step: the internet is so much more than any single walled garden, but a solution will only work if tech giants accept the same currency. This doesn’t mean a single currency has to dominate – we just need a few common IDs that work together in harmony.

We’re happy to take the first step: with our unified ID cookie solution, we’ve committed to offering access to our cookie footprint to any industry players who want it – even competitors. And at no cost.

Walled gardens may have an advantage over the rest of the digital advertising ecosystem, but that advantage is not insurmountable. By working on a scaled universal identifier, which is cost-free to access and available to everyone across the industry, we can start tipping the balance in favour of independent and objective platforms – and passing the benefits to customers and consumers alike.