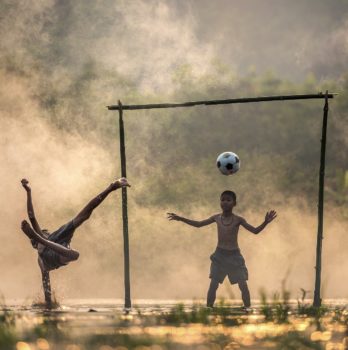 Following its acquisition by Swedish developer-publisher Zordix earlier in 2021, ExchangeWire speaks to Luke Keighran, Managing Director of Merge Games, to discuss the future of indie gaming.

How will the acquisition by Zordix bolster Merge Games’ portfolio, via both investment and organic growth?

We've been running Merge Games independently for 11 years now, extremely successfully and profitably, however you can see changes in the market which are upon us and I felt it was time for us to join a few of my friends who joined Zordix, creating something which is really special, dynamic, and fairly young. We're on a journey, which is going to be exciting in terms of acquisitions, developing our own strategy as well. Two years ago when we had six to eight people in Merge Games, now it’s closer to 19 and growing. Our revenue this year will continue to grow by about 40%, and next year probably 25-30% depending on what happens with strategic investments that are happening.

In terms of portfolio, we’re working on some really nice games underneath the radar which some you can see, some you can’t yet. So Smalland, which is due to come out at the backend of this year, is a great example of that. It's a purely-owned IP, so that demonstrates the investments that we're pushing internally. We have bolstered our production department from a game design perspective to not only be sales- and marketing-led, but also production-led. The Zordix acquisition will also give us access to greater finance resources, will give us access to more growth, to more markets, and allow us to get on with the daily chores of publishing and developing our own strategy more quickly.

There’s probably five or six games that have not been announced as yet, there will be a follow-up in that strategy around Smalland as well, because we feel we have a great engine in there that we've already own, so we'll continue to invest in that survival genre as well as the tech that we have.

What are the focal routes to market for indie games at present? How are these set to change over the next three-to-five years?

In gaming, everyone's looking for the golden egg in terms of where revenue is going to be so, at first, everyone was Steam-centric and probably still are. With 154 games being produced every single week now, it's pretty tough to stand out. Then we had the golden egg of the Nintendo Switch going live, which made routes to market for indie publishers and games easier but, again, that’s become flooded.

In terms of what's next, we have the likes of GamePass from which people are getting deals. But of course, once that starts to dry up again, then some of the premium content gets bought up. So where does that middle market fit? We always feel that there is a great advantage to being small, nimble, and through picking up games. Spirit of the North was a great example where we took a franchise which was very small and grew it to in excess of 250,000 units now globally. So that was a great example of how we can be massively impactful in taking a game from PS4; to PS5; to Switch; to Xbox Series X; to retail markets. In terms of the question as to what an indie publisher does, that is an absolute prime case in how we can help an individual partner. We are truly global, and one of our unique selling points is the fact that we can handle retail, digital, and also Signature Edition which is our collector’s side. We can be a fit-for-purpose publisher, depending on what the partner wants which is interesting, so if an indie dev wants to do his own game direct, no problem. While there may be more challenges on that front for them, everyone's got their right to choose because it's such an open market.

How can indie startups ensure their titles stand out in an increasingly crowded market? What budgetary efficiencies can be found to allow these to build a varied portfolio of titles?

We're seeing a lot of games pitching at the moment where the developers are asking for too much money. Often they start with “this is how much it costs to actually make the game” on a slide, but you need to have some reality as to what it can make as well on the commercial side. There's always going to be room for outstanding rogue-like indie games, but they are few and far between. For every Dead Cells there's probably another 100 similar titles that haven't quite made it, so make sure you get help from your publisher; make sure you get the right advice; make sure you put your heart and soul into it; and just bear in mind that the market is flooded so your content needs to be unique.

How will the digital game publishing landscape change over the next few years given the continued uncertainty around app stores and commission rates (eg Epic vs. Apple)? 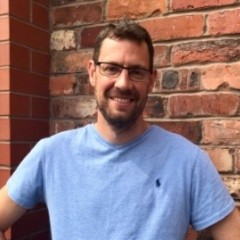 There are around 750 indie publishers in the marketplace now, I can see that halving or quartering in next two or three years. It's quite normal for the successful indie developers to turn themselves into publishers and, though it’s a tough industry to be in, everyone's entitled to do it. With the flooded market, I can see the indie dev community halving, with the publishers quartering, because you have so much collaboration and people joining groups, so things get more competitive which means bigger games and bigger budgets. For the indie devs and publishers, what was normally a £200,000 spend on a game is now £1m. You have too many misses on those products from a publishing level, which makes it tricky long-term.

In terms of distribution channels, Epic and Apple, they're not going anywhere fast. Stadia continues to offer different services for publishers which I think will be beneficial and is certainly something we're very interested in. You'll also find people investing in their own technology for testing and in taking games to marketplaces themselves instead of strictly to Steam. The big question is how do you market a game if there's 150 games on Steam coming out per week? You have to find new dynamic approaches. Last year, we were all very new to digital events for Covid, everyone jumped on board, fantastic. Now they’re flooded. What happens next? You have to find your own channels and your own mojo from an indie publishing and platform perspective to say, “I want to handle content, I want to handle demos and I want to handle those sales.” I think that will continue to revolutionise, you'll see that with some of the bigger publishers where they start to take more control over what they're doing.

Will there be a significant difference between the rates of consolidation in PC and in console, or will it be consistent between those markets?

I remember speaking to Steam about six years ago about this when they opened Greenlight, and I was saying that it's up to the publisher to identify themselves as to what they do well. This is probably not somebody we’re particularly good at because we do different things in different markets but certainly if you can start to identify yourself with genres, with platforms, then it does help with fleshing out your strategy. I don’t think there’ll be a fit-for-all publisher for everything, those days are over, though you don’t want to be going too narrow though.

You certainly see this in simulation. You know who the players are in a simulation partner. To use people who play football as an analogy, you kind of naturally fit into a position after a while when you're a kid. As a publisher, you probably fit into position after a while. The more you invest in, the more you say “What am I comfortable with? What do we do as a company?” We've certainly had some thoughts around what we've done with Alex Kidd to continue to do more of a strategy around IP. Then we also do 3D games as well, farming games such as Monster Harvest and we like those wholesome games because it's quite a reliable market as well. We'll probably steer away from RTS-style games so we think it might be a little bit too hardcore, going from what we've done in the past.

How is the physical games retail market set to change in the next 3-5 years? Is an immediate rebound expected in the coming months as global Covid restrictions ease?

It’s been quite the opposite for us with Covid. Whilst digital sales were incredibly strong, so were our retail sales, and mainly because people stuck at home getting Amazon deliveries. We certainly tightened up on our distribution outlets for retailers that were shut versus those which were more online. So, there was certainly a strategic change there, but overall sales for retail are up about 40%-50% year-on-year. We'll continue to invest in that strategy for as long as it lives. Is it the future? Definitely not.

The Switch has a very strong market because of the cost base, portability, and because of the memory size people still continue to like to have the games in a box versus just downloading via an e-shop. PS5 is emerging really well and is a fair amount stronger than the Series X at the moment, relating to hardware shortages, though we’re seeing really strong sales in Alex Kidd particularly within Xbox Series X.

The future is cloud-based gaming. The first-parties are investing billions to make sure they've got the data centres to cope with streaming down the TV once we get past the console-based period, and then that can start to string things down to TV. That's two to three years away, but that’s a massive game changer.

What recommendations would you give to the indie publishers in the indie developers in preparing for that shift to cloud based gaming?

Again, it really depends on the strategy of the first-parties. Think about access to the consoles, they're never going to max out at 200-300 million consoles globally anymore, but the real access to the market is like four billion. The first-parties will therefore aim to invest into new emerging markets and then they're gonna throw a Halo or Gran Turismo down through the TV.

Once that happens, then the content will change. But of course you're not going to go for a dungeon-based crawler straightaway, they're going to go for family friendly or basic sports titles. I think there'll be real opportunities to partner in a Netflix style of business over the future because that is the bigger aim I think for the major first-parties today.