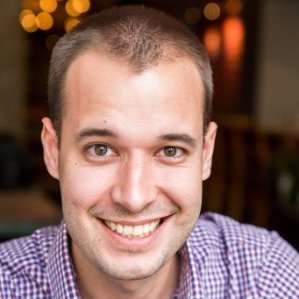 Viewability is the topic that refuses to go away. Despite automation and standardisation, discrepancies are still vast. In this piece, exclusive to ExchangeWire, Sebastian Schindler, Insight Manager at InSkin Media (pictured) and Steve Doyle, CCO, discuss how the industry should approach fixing today's broken model.

The starting point for this piece was getting a handful of different viewability measurement vendors to measure the viewability of our non-standard ad formats – despite all being confident of their accuracy, the results ranged from a staggering 5%, to 85%.

So, although our starting point was to prove 'vendor agnosticism', the journey quickly morphed into something much more complex than anticipated.

There’s little doubt that issues around viewable advertising online continue to harness so much conversation, yet there is frustratingly little continued progress on the issue. In this piece, we attempt to explain some of the deeper issues around the topic that continue to dog the industry; and unless some of these are resolved, it’s clear that online will be held back. Sniping at offline, “Oh yeah, and how many people saw my bus shelter/TV/cinema ad?”, whilst easy, doesn’t get to solving the heart of the issue. Online is accountable. Advertisers expect accountability, especially in the places that it's the easiest to measure it. So, let’s get over ourselves and try and navigate the path through to viewable utopia.

In order to get there, we have to tackle two fundamental issues that are challenging the industry ability to leverage viewability as a progressive KPI for brand advertisers: inconsistency and incompleteness.

Inconsistency: the need for 'reconciliation' indicates something needs fixing in the first place

For the past two years, the MRC has been conducting data reconciliation studies, with the goal of erasing systematic counting differences between viewability vendors. These discrepancies are problematic for multiple reasons: firstly, the very fact of their existence is not exactly boosting brands’ trust in digital (ironically, building trust is exactly what viewability measurement and ad verification was meant to do in the first place). Secondly, discrepancies create a language barrier between the buy- and the sell-side when different viewability measures are used on the two sides of the fence.

It is worth noting that the MRC guidelines born out of these reconciliation studies both dictate what has to be measured, and which process needs to be followed to achieve this. Multiple reasons for discrepancies have been identified, among them the treatment of multi-ad placements, out-of-focus conditions, and enhanced ad verification processing. The MRC’s vision is that these reconciliation studies and the resulting guidelines will “eliminate the remaining differences in viewability reporting across vendors”.

Now, here it gets interesting. Because the MRC’s stated goal of closing the measurement gap clashes with the vendors’ freedom to deploy their methodology of choice. To assess an ad’s opportunity to be seen, vendors use an array of approaches: geometric triangulation, browser optimisation, a hybrid of both, data projection for non-measurable placements, etc. Most, if not all, leading vendors have received the MRC’s accreditation for their respective approaches, because all of these methods somehow do the job of measuring whether an ad was viewable or not. The quality of assessment, however, can differ drastically across vendors.

Rather than closing the gap, the reconciliation studies will result in narrowing it. Without a doubt, this is an improvement. The issue is: it’s nowhere near good enough.

Viewability measurement has come a long way. Major technology limitations, such as measuring viewability in cross-domain iFrame scenarios, have successfully been overcome in recent years. Fierce competition among the leading viewability vendors, who identified the commercial potential of digital ad validation early on, has been a key driver for this technological advancement. However, the continuous rise of brand advertising investments has directed a stronger focus towards custom ad formats, a (less and less) niche area, which has been insufficiently tackled by vendors and where measurement limitations continue to exist.

At Inskin Media, we have relentlessly tested a wide range of viewability vendors and their ability to assess high-impact HTML5 formats for viewability. The majority of those we tested failed to deliver reliable and accurate measurement. The custom nature of such formats often requires a similarly custom measurement solution, often linked to code development costs on the vendor side.

Unsurprisingly, there is little incentive to tackle these measurement gaps. In a field where the 'product' is very binary in nature – an individual ad is either viewable or not. However, such limitations can be dangerous.

Just to be clear, we are not intending to be overtly critical of other businesses in this sector. In fact, we are cognisant that important technological innovations have been driven by the vendors we’ve been in discussions with in recent years. These technology providers have been and continue to be essential for the industry’s mission to live up to one of its most important promises: accountability.

However, by promoting the notion that a non-viewable impression cannot make an impact (obviously true) and negatively affects campaign ROI (possibly true, but subject to pricing mechanisms which can influence the effective vCPM), these vendors have not only created a new demand among advertisers and their agencies; they have also inevitably set a new bar for what qualifies as an impression. The standard will eventually develop from 'served' to 'viewed'.

Without a doubt, this will require all players involved in the display ad ecosystem to closely work together and make compromises. Campaigns have always been priced upon the knowledge that a part of the media spend will be wasted because the ad might never be seen, something that we find some advertisers suddenly being surprised/outraged about.

So, how then do we overcome the challenges that the current state of viewability poses?

For viewability to become more than a performance metric (namely a fundamental pre-condition for an impression count) we believe that we need to find a universally accepted implementation approach. An open-source solution for display advertising viewability that builds upon the industry-agreed standards that are already in place. The Open VV consortium, initiated by some of the world’s leading video ad tech providers, has shown that such an approach can work.

This would surely not be the end of the ad validation economy. In fact, most vendors offer add-on validation services that are as important as viewability, but haven’t reached its level of maturity yet. Think of brand safety, audience verification, invalid traffic detection, and more. These pieces of intel could be plugged into the open display viewability technology, and will remain strong business propositions. An open-source viewability technology could allow us to all speak the same language and collaboratively innovate, freeing us from the barriers that the business model viewability has built.

“But how does this work in practice? And who is going to pay for this?”, we hear you ask. "Yet another challenge", you sigh? Not quite. More than anything, these questions would be progress.