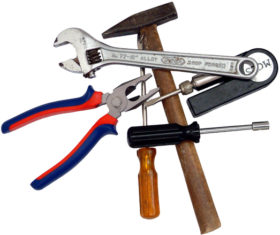 Times Internet believe the most effective way to resolve inefficiencies in programmatic, and resolve discrepancies across the advertising ecosystem, is to build their own tech stack.

Fortunately for the Indian publisher, they appear to have deep enough pockets to fuel such aspirations and their chief revenue officer, Gulshan Verma, acknowledges this. “Our strategy has been to build most things in-house. At the scale we’re operating, we’re lucky to be able to have 1,000 engineers”, he said, in an interview with ExchangeWire.

Times Internet is the digital arm of India’s largest media and entertainment group, Times of India, boasting more than 150 million visitors and two billion pageviews a month across mobile and online. Their key titles include English daily The Times of India and financial daily The Economic Times. It also offers websites and mobile apps targeting various market segments including music, property search, and TV.

It also marked the publisher’s foray into programmatic, said Verma, adding that the platform generated user insights that could be used to deliver marketers’ campaigns. Their programmatic use, though, remained low, with just single-digit percentage of their inventory currently traded programmatically. And most of such activities were in their test phase. 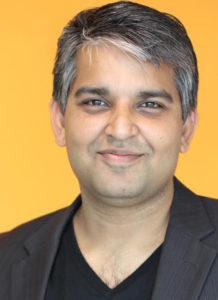 He noted that while programmatic offered benefits, it operated within several walled gardens, including a social walled garden and a search walled garden. From a marketer’s perspective, this meant user data and insights could not be carried across different platforms.

“So, traditional programmatic is limited, where I’m just buying and trading inventory”, he said, stressing the need to fill the gaps. “It’s a way to buy and automate sales operations efficiently; but, the way I see it, the value is not in buying and selling inventory because not all inventory is equal.”

Instead, the value was in offering data insights that would enable marketers to better target the right consumers with the right ads, he noted. “The bigger part of it is being able to take our first-party data and combine it with your third-party data and doing something interesting with it”, he added.

Verma also noted that programmatic had resulted in a “pretty weak” user experience, pointing to the numerous ad tags and data ops accompanying a webpage. These, he said, significantly slowed down page loads and created a severe lag that frustrated users.

He further noted the lack of interoperability within the ad tech stack, which limited the amount of insights that could be gleaned.

“There’s a discrepancy issue between the ad server, DMP, creative server, and analytic tools”, he said, explaining his assessment after evaluating external tools available in the market. “By the time you get down to it and look at usable data [that could used to drive] targeted marketing tools, it’s really a small subset, so most things [in the ad tech stack] don’t talk to each other.”

“So, the value is greater in building the tools ourselves”, Verma said. “When we build our own ad tech tools, we also limit the lag [when a webpage loads] and keep the number of ad calls to a minimum.”

Colombia, for instance, was built to be fast and deliver “clean sites” that also were personalised. Data tags were reduced, he said, so the user online experience was faster and better. “To avoid having to run tags on the browser, we enable server-to-server exchange of data with several partners so the site is lean and fast”, he said. “We also built out a data exchange that enables user ID matching to be done, for preferred DSPs, without [the use of] DSP pixels on our sites.”

The scale and volume at which Times Internet operated, supporting more pageviews than the next top 10 competing news sites combined, further underscored the need for the publisher to have an ad tech system that could keep up, he noted.

The publisher had started off using several third-party tools, but was now looking to minimise such offerings as much as possible, he said, adding that their DMP was one of only a couple of third-party platforms they currently still used.

Ultimately, they would want to be able to extract relevant data from across all their online and mobile properties to better understand and establish better, and more targetable, profiles of consumers.

Verma said: “Most of our clients would say they don’t understand what users are doing online. It’s important to understand the search graph, what people are looking for, and how they connect to people. We think we have a good interest graph and can say what sparks a search.”

He added that the publisher was focusing significant efforts on machine learning to establish typical characteristics of consumers, for instance, who were likely to buy a new car. They also could use third-party data from an automotive company, for example, and match the information with their own data to further identify consumers who exhibited similar characteristics.

The data could then be used to create custom content for marketers looking target specific audience groups, he said. He added that Times Internet had built the tools to facilitate this, but was still working to scale this out.