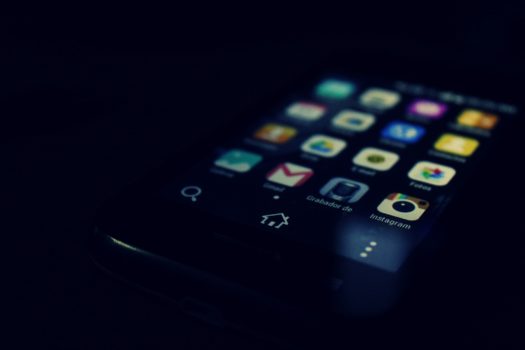 How competitive are India's app categories for advertisers and how does the country's smartphone adoption impact the mobile ad landscape? Omri Henkin, ironSource's Southeast Asia and India managing director, explains, in this industry byliner, and highlights challenges new advertisers may face.

This remarkable upsurge, driven almost entirely by affordable sub-$100 smartphones and the rising middle class, has pushed India to become the world's second-largest mobile market, overtaking the US in February 2016.

The growth has spilt over to other sectors, pushing mobile and in-app advertising in India where app-install ad revenue is expected to reach USD$7bn (£5.61bn) by 2020.

Amid the country's growing app economy, though, it's becoming more challenging for marketers and brands (which are all vying for the attention of just a handful of high-paying, high-engaging users) to achieve their in-app advertising KPIs. To better estimate how well their in-app campaigns will fare, it's imperative that app advertisers scope out the competition first.

If we look at the number of advertisers already occupying a specific app category, we can evaluate its relative competitiveness. At ironSource, we call this "density". For example, an app category with high campaign density means there are many small active advertisers, giving new players a fighting chance in the race to the top. In contrast, an app category with low campaign density means that two or three big players, like Uber and Ola, for example, have eaten up smaller ones. This makes it difficult for new advertisers to get off the bench and make a name for themselves.

According to our data, shopping has the highest density among ad categories in India. In other words, the category is relatively accessible for first-time advertisers looking to buy a share of visibility.

Unlike other categories, shopping is a general umbrella term for a variety of apps and encompasses mobile-commerce, classifieds, and mobile wallets. It's this diversity that positions shopping as the most dense category with the highest ad spend, despite the fact that there are only a handful of strong players.

But, while the high density should mean lower entry barriers, the shopping category is not easy for new advertisers to enter. This is because it includes e-commerce giants, such as Amazon and Flipkart, which lead the category – and all other categories – in terms of ad spend, as well as other players, such as Snapdeal and Shopclues, that are working hard to catch up.

In comparison to other categories, the average advertiser in the shopping category spends a large sum on their ad campaigns. Thus, if a new advertiser wants to enter the app advertising economy, they would have to be strong enough to match the ad spend of Amazon and Flipkart.

Going forward, however, it will become increasingly necessary for Google Play to start breaking up the shopping category into smaller and more specific subcategories. For example, they might consider putting the massive mobile wallets segment in a separate section. In addition to improving store navigation, splitting the shopping category will lower the barrier to entry and help new shopping advertisers attain visibility.

In contrast to shopping, the maps and navigation segment has a low overall density because just a few advertising giants, like Uber and Ola, dominate the segment. Between these players, which have big budgets, there isn't much room for newer, smaller entrants to succeed.

According to market researcher App Annie, the percentage of users using at least one major ridesharing or taxi app in India increased nearly 20% in the last two years, surpassing Brazil, the US, South Korea, and the UK. Because of the growing opportunity, Uber and Ola are intensifying market competition and spending large sums of money to make it more difficult for other transportation advertisers to enter the segment.

Tools, on the other hand, is a dense category and comparatively easier for new advertisers to enter. It also has significantly lower total ad spend and average ad spend than other categories, which lowers the entry barrier even more.

Tools, or mobile utilities, advertisers in India are mostly Chinese players that view the app economy as a compelling business opportunity. Baidu, for example, is a notable advertiser in this category. Their subsidiary DU Apps is succeeding in India across a slew of mobile utility apps, including a battery saver and a phone cleaner.

Today, with the influx of sub-$100 smartphones being purchased by India's growing middle class, there is a large gap between the performance of smartphones sold in India and those in the rest of the world. Accordingly, several Chinese developers – big and small – are tapping this opportunity and putting their utility apps on Google's Play Store in India.

The games category, in comparison, has a low overall density; and this should make it more difficult for new entrants. But its low average ad spend counteracts the low density and makes the process for new entrants slightly easier. This is likely due to the fact that mobile users in India are not big gamers and, thus, game developers cannot afford to spend as much as on their user acquisition campaigns as their counterparts in the shopping category. Major game players in the country include both foreign giants, like King, and local companies, such as Octro, both of which are enjoying a relatively low ad spend budget, in comparison to other countries.

Today, India only ranks fifth globally in terms of game downloads, with the category proving to be a slower driver of mobile app growth than shopping and retail.

In fact, consumers in India are notorious for having lower LTV (lifetime value) than mobile users in other countries. Still, this is changing. Since last year, revenues from in-app purchases have grown slowly but surely by 27%.

We can expect the games category to increase in density over time, as the Indian app economy evolves and Indian consumers begin to spend more money in-app.