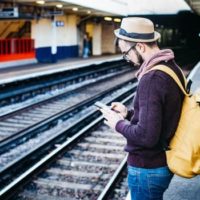 RTB is an excellent way to test formats because it allows you to evaluate, iterate, and optimise without a large minimum spend per campaign and placement. In this piece, Tim Koschella (pictured below), CEO, AppLift, breaks down its benefits to advertisers, and why he predicts an overdue surge in mobile video spend.

Mobile video real-time bidding is about to take off; and that means good things for publishers and advertisers alike.

RTB empowers advertisers because it gives them more control over where, when, and at what price they buy their inventory. It allows for more-advanced buying strategies, including frequency capping, ad sequencing, and the use of first- and third-party data to inform the buying decision.

Those benefits will incentivise advertisers to invest more in mobile video, or to give it a try for the first time. That’s a good thing for publishers, too, because it will open up a new pool of potential buyers and help them to sell more inventory at higher prices, due to bid competition. Also, publishers benefit from more diverse ads, essentially avoiding their users seeing the same app install ads over and over again. 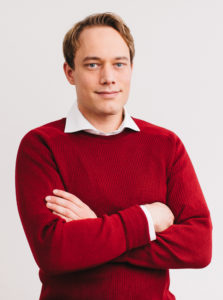 Let’s take a look at why the industry is positioned for this programmatic mobile video boom, and how advertisers, especially those new to the space, can get the best results from their investment.

Mobile video is an extremely powerful format for branding, as well as for performance marketing because it is highly engaging and converting. Additionally, it’s 100% visible and usually pre-cached, so videos play without interruption, even with weaker internet connections. Despite its benefits, many advertisers have been slow to invest in the format or, at the least, aren’t allocating the sizable budgets the format justifies based on how much time users spend on their mobile devices. (You know – Mary Meeker’s much-cited mobile-advertising spend gap.)

According to a study by IAB, programmatic video buying accounted for 41% of all digital video dollars spent in 2016, representing 58% growth over the last two years. Advertisers are growing increasingly comfortable with programmatic; making it easier to buy mobile video inventory programmatically will increase adoption of the format. Several trends are setting the stage for this:

1. Last year, mobile-first exchanges invested in developing technologies to enable video interstitials, both opt-in and standard (often referred to as ‘rewarded’ and ‘non-rewarded’), on RTB.

2. Mobile video ad networks began opening up their inventory to RTB, either via partnerships or by developing their own exchange technology.

3. Publishers started to embrace the technologies needed to make programmatic mobile video happen. Changes to mobile apps take time to gain adoption at scale. The developer needs to update the app-build in the app stores before rolling out new technologies within the app; and then users need to update to the latest app version in order to see the effects of the new technology. This process began in 2016, and we’ll now see its effects on the market.

RTB allows for the degree of transparency and control advertisers need in order to feel comfortable experimenting with mobile video. The majority of mobile video buyers are still performance-oriented, and app installs is their most common conversion goal. But mobile video inventory, including in-app interstitials, can provide a lot of value for brands, as well as for performance advertisers who are looking for conversions other than app installs, such as sign-ups, subscriptions, purchases, or click-to-call ads.

Advertisers considering mobile video should allocate funds to systematically test campaigns so they can assess the channel. They also need to understand the available types of video ad inventory.

1. Pre-, mid-, and post-roll: These ads are placed before, in between, or after video content. Usually this inventory is expensive because it is similar to TV ads and desktop video and some advertisers just buy it as an extension to their desktop campaigns.

2. Native video: This is the equivalent to ‘out-stream video’ on desktop. The video player is embedded directly within a feed in an app or in the mobile web.

3. Interstitial video: These ads are full-screen and usually 100% viewable. They are mostly pre-cached ads that allow for HD video to be played without latency. This is a mobile-only format with no equivalent existing in the desktop world, which explains why brand buyers are slow to give it a try. Video length ranges from 15 to 120 seconds, where any ad longer than 15 or 30 seconds (depending on the placement) is typically skippable.

It takes time to understand a new medium to the degree that you are confident enough to spend money to test it; but interstitial video can actually be the most effective of all the formats.

Unlike other forms of video advertising, most of the mobile interstitial video ads have ‘end cards’, or companion banners, that are shown at the end of the video. These end cards are excellent real estate for a click-out link with a clear call to action and summary of the advertised product. As such, they can help interstitial video generate higher clickthrough rates than other forms of video advertising.

RTB is an excellent way to test formats because it allows you to evaluate, iterate, and optimise without a large minimum spend per campaign and placement. Its benefits to advertisers, who are becoming increasingly comfortable with programmatic buying in general, will fuel an overdue surge in mobile video spend.