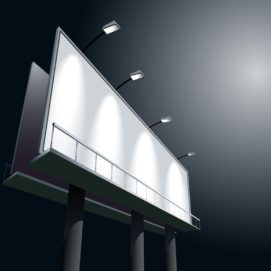 Following the launch of DAX across out-of-home (OOH) and audio, ExchangeWire speaks to Oliver Deane (pictured below), director of commercial digital at Global, to discuss the implications of the move for both channels, including how programmatic should be accurately defined in the context of OOH.

ExchangeWire: What does the launch of DAX into digital outdoor mean for buyers?

Oliver Deane: Essentially, DAX broadens the inventory pool for those buying outdoor. I went to an OOH industry event at the back-end of last year, where they had a lot of clients and agencies speaking; and one of the things they thought would really accelerate OOH into 2020 would be more scaled supply coming into the market to enable advertisers to do more across programmatic outdoor.

As far as the way it will actually work is our SSP will pass a bid request to multiple DSPs, they will then in turn issue a bid response, and follow-up with some details about the information that we pass in that bid request. The time from winning a bid to the campaign going live on the streets is within an hour; that’s something that’s not possible for many people today. It will then allow them to upweight, downweight, change time/location targeting, and alter creatives, all within that hour timeframe. So, one of the product’s major benefits is that additional level of self-serve flexibility for advertisers to be much more agile and tactical with outdoor. 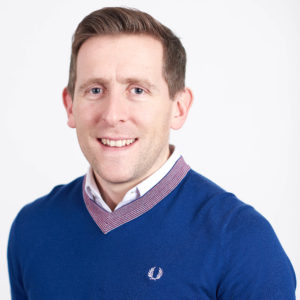 What will bringing new platforms into the mix do to the broader out-of-home industry, which in many cases is quite legacy-focused?

I can’t really speculate about other parts of the industry, but I think the point that we want to make clear, much like we have been with DAX in audio, is that this is one way of buying inventory that works for some clients and doesn’t work for others.

Clearly, if clients want to buy paper and paste and completely own that billboard, that’s not an area where we will play. Exactly how that’s going to shake out is yet to be seen. I think that what DAX will do is bring in new advertisers using outdoor in new ways.

Do you think platforms such as DAX will change the definition of programmatic as it pertains to out of home?

I would say that we’re justified in calling it programmatic in the sense that our SSP sends a bid request which has a lot of information in it to a myriad of DSPs, they then send bid responses, and then the ad gets served for the winning bid. It’s fully not in-line with display, but I would say it is closer to programmatic buying than it is to non-programmatic buying.

Will syncing OOH with other platforms, such as audio, bring a new level of geotargeting?

Clearly it’s got to be done using data that’s been compliantly gathered and applied, and it’s key to balance that excitement with real world facts. While syncing audio with OOH is a big opportunity, we just need to be really clear with clients about the scale and the accuracy in which they can do that.

It all goes back into the pool of data that you’re working on. For example, if I was sitting in front of a client, I would say, “If you think that you can get it so you walk down a street, you pass a digital outdoor ad, and then right at that moment you get a digital audio ad, you’re going to get very little to zero scale if that’s the level of optimisation that you want to apply in your delivery”.

If you are talking about broadly geotagging or upweighting mobile audio to a campaign, and increasing the propensity of you walking down the street hearing an ad in a music playlist for a particular brand, and then maybe ten minutes later passing a similar message on a digital screen? That is definitely something that advertisers could and should be looking to do. Some already are but it’s about balancing that with realistic expectations, in that there is an accuracy and scale challenge.

Do you think there’s an opportunity in buying OOH for more performance-led clients, rather than just using it as a messaging and branding tool?

I think this idea of brand and performance being very separate just isn’t the case, and I feel that they are a lot more interlinked than some advertisers would apply them. If you get a more performance-driven format, for example a specific offer from a DTC brand, I’m of the belief that if you have seen that brand on a big screen multiple times in the last two weeks, and it’s a relevant product for you, you are more likely to convert.

Whether you’re saying that it is brand advertising driving performance, or whether the whole thing is performance advertising, that’s a debate in itself. But yes, I do feel that advertisers can use outdoor to be able to drive more on performance metrics.

Why the Future of Marketing is Increasingly OOH