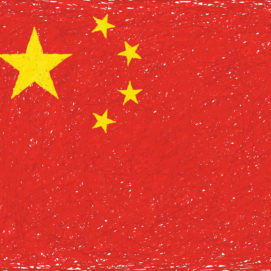 In today’s ExchangeWire news digest: China denounces the US TikTok deal as “extortion”; Facebook warns it may have to leave the EU if it enforces a ban on data transfers to the US; and the UK sees its first tech sector trade union.

China has denounced the prospective deal between ByteDance and US firms Oracle and Walmart to keep TikTok in America, calling it “unfair” and “dirty”. The arrangement, which will purportedly see Beijing-based ByteDance booted out of TikTok Global in favour of US investors, was condemned in a piece in official Chinese Communist Party (CCP) newspaper China Daily for being forged from “bullying and extortion”.

The piece went on to allege that the deal, provoked by a threat from the Trump administration to ban the app altogether, is the product of anticompetitive behaviour from the US, which became “uneasy” at the rate of TikTok’s success. The article asserts that the US government used “national security as the pretext” to snuff out the short-form video app and its projected $1bn ($785.5m) revenue by the end of 2020.

The condemnation isn’t China’s first act of retaliation to the actions of Washington – the CCP introduced new restrictions on the sale and export of Chinese AI technologies to foreign companies, meaning that TikTok’s original source code will be omitted from any deal with the app’s US bidders.

Government-backed criticism of the US’s behaviour is unlikely to be wholly welcomed by ByteDance, which has fought to prove its non-affiliation with the CCP in an effort to assuage claims that it feeds user data to Chinese authorities. Nonetheless, approval from the CCP is paramount if a successful deal is to be completed; if China Daily’s editorial is to be believed, then this may be further from reach than the US had hoped.

Facebook has suggested that it may leave Europe if the Irish Data Protection Commissioner (DPC) goes ahead with a ban on sharing data with America. The DPC began enforcing a ruling to terminate a data sharing agreement between the two blocs, made by the European Court of Justice in July, in September. Known as the US-EU Privacy Shield, the Court concluded that the current arrangement did not sufficiently protect EU citizens from being monitored by US intelligence agencies.

Facebook claims that enforcing the ban will make it impossible for it to continue to operate within Europe. Facebook’s associate general counsel, Yvonne Cunnane, wrote in a court filing in Dublin that “it is not clear” how Facebook “could continue to provide the Facebook and Instagram services in the EU” if the ban is ratified.

A Facebook spokesperson maintained that the statement was not a threat, but emphasised the importance of cross-Atlantic data-sharing to Facebook’s business model. “A lack of safe, secure and legal international data transfers would damage the economy and hamper the growth of data-driven businesses in the EU.”

The filing and Facebook’s response to it mark the latest chapter in a near decade-long legal battle between the DPC and the social media giant. How the tech heavyweight progresses if and when the filing is fully implemented remains to be seen.

A collective of workers from Google and Microsoft’s UK branches have joined forces to create the country’s first technology sector trade union. The United Tech and Allied Workers (UTAW), which forms part of the Communications Workers Union, aspires to tackle issues spanning from working conditions to racial injustice, and plans to recruit workers within tech and digital, as well as non-tech employees of tech companies.

The UTAW’s foundation follows the rapid growth of the UK’s tech sector, which now accounts for 9% of the nation’s workforce, or 2.93 million jobs. With little union participation in the sector, the UTAW seeks to accommodate and represent all tech workers in the UK.

“The need for trade union organising is as acute in tech as anywhere else. Workers have seen through the bubble of ping pong tables, free t-shirts and desk beers,” says one of the founding members of the UTAW, John Chadfield. Chadfield anticipates that at least 100 members will be recruited to the branch by late November. A spokesperson for the branch added that workers from Google, Microsoft, ASOS, Monzo and Deliveroo have already expressed an interest in joining.