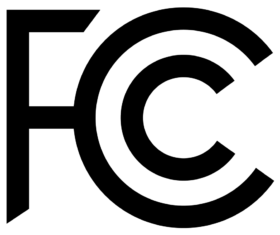 In today’s ExchangeWire news digest: the FCC affirms its decision to repeal the net neutrality rules in a 3-2 vote held last Tuesday; IAB Europe’s CEO issues a more detailed response to the DPA’s report that its Transparency and Consent Framework is not compliant with GDPR; and Zenith predicts a boom in video advertising spend in India over the next few years.

In the US, the Federal Communications Commission (FCC) has voted to affirm its decision to repeal the net neutrality rules implemented under the Obama administration. The vote, which took place last Tuesday (27th October), concludes a review ordered by the country’s federal appellate court last year.

Approved by the FCC in 2015, the net neutrality rules barred broadband providers from stifling or outright blocking internet traffic, as well as from charging higher fees for companies to have their content prioritised. Whilst the court had agreed with the FCC’s 2017 decision to reverse the rules, it instructed the commission to review the impact the repeal would have on three key issue – public safety, broadband subsidy initiative the Lifeline program, and regulations surrounding utility poles.

In a statement, the FCC said that it “found no basis” to change its 2017 decision” with FCC chairman Ajit Pai stating that the decision to redact the rules “has been increasingly vindicated over time.”

The vote passed at 3-2, with Democratic Commissioners Jessica Rosenworcel and Geoffrey Starks, opposing the repeal. Rosenworcel criticised the decision, stating that it “put the agency on the wrong side of the public, the wrong side of history, and the wrong side of the law”. Fellow critics of the decision include Massachusetts senator Ed Market and Free Press policy manager Dana Floberg, who said “this remand order callously dismisses the valid concerns of public-safety officials, competitive broadband providers and millions of disconnected low-income families who can’t afford to get online”.

The European association for digital marketing and advertising, IAB Europe, has issued a new response to the DPA report which had said its Transparency and Consent Framework (TCF) violated GDPR. The EU’s Belgium-based data supervisor stated that the TCF v.2, which completely replaced the original framework in August, does not meet the EU’s standards surrounding the processing and protection of user data.

Having responded to the report at the time of its publication, IAB Europe has now issued a new and more detailed reply to the findings. In an official press release, CEO Townsend Feehan states that the DPA mischaracterises the body as a “‘data controller’ under the terms of GDPR”. Feehan warns that the DPA’s interpretation of such a role risks making it impossible to create an industry-wide GDPR code of conduct “since such codes inevitably need a host organisation, and no non-profit organisation would ever contemplate taking on such a risk.”

Feehan also criticised the media’s initial response to the report, stating that much of the initial coverage “got the contents of the report completely wrong,” and asserting that the report is based on a “basic misunderstanding” of the TCF, and “does not constitute an indictment” of the framework.

Whilst making it clear that she refutes many of the claims within the report, Feehan reiterated that the TCF is still in its infancy, and that IAB Europe intends to continue to work with the DPA and other data protection authorities. 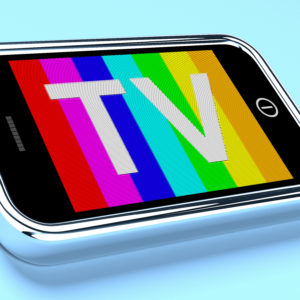 A report published by the return-on-investment agency of Publicis Media, Zenith, projects a rise in video advertising spend in India. The latest edition of the firm’s Video Entertainment report states that brands will spend a total of 19% more on video advertising than they did in 2019.

Elaborating on the report’s findings, group CEO of Zenith Tanmay Mohanty said “FY21 will see a growth of 4%, while FY22 will see 9% increase in ad spends on TV, compared to FY20.” Mohanty also stated that brands would spend 24% more in FY21 and 34% more in FY22 on OTT advertising than they did in 2020.

The report noted that India’s high demand for video-on-demand services, particularly those provided via smartphone, is integral to this growth. With the number of households consuming TV having ballooned by 40 million and the audience for digital video having soared by 90 million, the opportunity offered by video will certainly be too big for most brands to pass up.