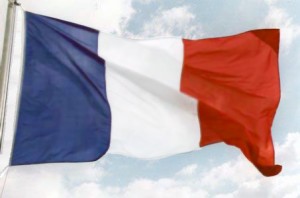 There are reports in the French media that Le Collective - a loose alliance between some of France's top publishers - has agreed to set up the first publisher exchange in France. The alliance is made up of TF1, Lagardère, Figaro Médias and Amaury - and represents some of the market's biggest premium publishers. The idea behind the move is to offer the market a premium channel for automated buys. The French trade press is also reporting that Le Collective has agreed to enter into a partnership with The Rubicon Project to power the new exchange. All unsold inventory will be put into the new Le Collective exchange, but it is not known if the inventory will be open to all buyers on the market - or if it will act as a private marketplace.

The report goes on to suggest that Le Collective is looking to bring other large French publishers on board in the coming months. And there is speculation that another group of publishers in France is also looking to build their own publisher exchange. These include: M6, Le Monde, Libération, Les Echos, L'Express, Le Nouvel Observateur and Le Point. ExchangeWire has long argued that publisher exchanges - where inventory and data can be pooled together - would be the best way to control who is buying their inventory in the automated channel. From a buyer's perspective, Le Collective and the other soon-to-be-launched exchange will become a vital source of premium inventory as the French market shifts toward data-driven media buying. These type of publisher exchanges will not just be localised to France in 2012: news of a big partnership between some of Germany's biggest sale houses is also expected to be announced in the second half of this year.

This will be the big trend in the European and APAC markets over the coming twelve months, as publishers look to work with trading desks, retargeters and ad traders across both regions. These developments are to be welcomed, given the fragmented nature of both the APAC and EMEA markets. Making it easier to execute pan-Euro display campaigns will only accelerate the growth of traditional display, and stem the flow of marketing budget to the likes of Facebook. The question is: how far off are we from the European Publisher Exchange?

Informed sources within both new French publisher alliances are now telling ExchangeWire that the publisher grouping, which includes M6, Le Monde, Libération, Les Echos, L'Express, Le Nouvel Observateur and Le Point, has signed a deal with The Rubicon Project to power its private exchange - and not the partnership between TF1, Lagardère, Figaro Médias and Amaury as originally reported.

Insiders say that the latter publisher alliance is currently vetting a number of sell-side vendors, and a decision is expected in the coming months.

It must also be noted that all publishers were originally part of Le Collective but have since broken into two publisher blocks.

While Group B is made up of Liberation, Le Monde, Les Echos, Nouvel Observateur, L’Express, Le Point, M6 (TV channel).

Both represent a huge chunk of premium impressions in the French market.

The other big player in this market, namely Orange, is also said to be looking at a number of vendor options to power its exchange after it parted ways with OpenX.