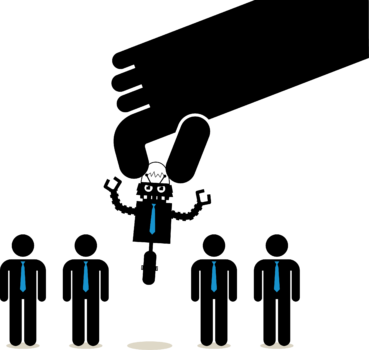 Click fraud has undoubtedly been one of the topics of conversation in the programmatic advertising sector in 2014, with Google’s purchase of UK-based security specialist Spider.io just one of a number of industry moves underlying its growing importance.

Last week Rocket Fuel was fingered in a FT article highlighting its prevalence in the industry (of course it was quick to rebuff the article’s assertions), but the entire advertising industry – from client-side marketer to third-party ad tech vendor – must accept their role to play in allowing it to continue.

This comes on the back of other articles in mainstream press – for instance a Wall Street Journal article claiming that up to a third of all web traffic is “bogus” – pressing the issue further for the online advertising sector to improve transparency over media buys taking place via automated channels.

Industry-wide measures
Moves to tackle the issue of click fraud (or bot traffic) began to gather pace last year when the IAB’s US chapter established the Traffic of Good Intent (TOGI) Task Force, in a move demonstrating that programmatic ‘media trading’ sector was maturing as braces itself to become a mainstream player, as opposed to an emergent force.

In fact during the last two weeks alone Dstillery announced it was received a patent for its fraud detection technology from the US Patent Office, this follows the news that the similarly named Distil Networks’ bagged $10m in Series A funding just last week.

So while it is clear that there is a near universal intention to wipe out such practices, but it’s probable that the fraudsters will always be on step ahead of the industry’s security brigade by inventing new ways to game the system (some fraudster techniques are quite comprehensively discussed here).

As discussed in previous articles in ExchangeWire everybody has their part to play in minimising the detrimental effects of elements of the ‘bad internet’, and if parties are proactively taking measures to improve things, then they’re part of the problem.

Speaking previously with ExchangeWire Thomas Servatius, IPONWEB, head of client services, identified that the rise of the programmatic industry had allowed fraudsters to thrive online, with the scale of web traffic allowing rogue players to put sites which generate traffic by non-human means on ad exchanges.

“The problem is that when an advertiser buys traffic on a fraud site, it usually comes very cheap – much cheaper than human built sites [thus opening the opportunity for arbitrage from third-party players and media agencies] – and it has good click through rates.

"So if you have fraud in your advertising mix, what you see as an advertiser is that for a small amount of money, you get a good number of clicks,” he explained.

Explore what will KPI’s look like in a post-click fraud market?
He went on to further relay anecdotal evidence of the internal dynamics that encourage brand-side marketers (the people who are ultimately being ripped off here), from concealing the issue.

Indeed Cameron Hulett, Undertone, executive director, EMEA, further explains that such is the scale of the problem that most campaign benchmarks after a “post click fraud market correction” would be largely redundant.

For instance, most marketing KPIs, such as reach and traffic are drastically inflated by bogus web traffic as it currently stands, causing problems for parties on both the buy- and sell-side alike, contends Hulett.

Hence, it is in the interests of a lot of parities to let this white elephant in the room to go unaddressed, according to some.

Prioritise quality over cost-cutting
Marco Bertozzi, Audience On Demand, EMEA and North America, president, client services, argues that the entire industry is incentivised to prioritise lower CPMs (ergo poorer quality inventory, or even bot traffic through long-tail exchanges and networks) instead of quality content (where prices are higher).

“I think educating marketers on the importance of paying more for quality inventory will need to happen because the buy and the sell side are chasing KPIs determined by said client who may be calling for lower CPMs versus quality interactions,” he says.

“If the only metric focused on by auditors and advertisers is lower cpm, then that’s where everyone will focus – turning a blind eye to the lack of quality and transparency but being happy that a lower CPM was achieved.”

Auditing has not kept up with the pace of change in the Ad Tech space. The industry still clings to CPMs and not the value of the impression and what it can deliver, according to Bertozzi.

“If you look at Search, if standard auditing metrics had been applied to search advertisers would not use it and spend would be non existent as agencies would be told to suppress the CPC. The same now applies to display, it is an auction environment and yet still they want to drive down on cpm,” he adds.

Explore alternatives to CPM pricing and last-click attribution
Meanwhile, Julia Smith , a partner at consultancy firm 614 group, and acting MD of Evolve Media, argues that exploring alternative pricing models to selling media on a CPM basis, can make it easier for advertisers and their security partners to detect non-human generated traffic.

“A lot of people are all about the click, and in particular its a problem with the long-tail of sites [meaning non-premium ad networks and exchanges are a particular problem in this regard].

“We can start looking at alternative Using a cost-per-engagement [pricing] model could play an important role in combatting this. While it’s not perfect it can make it harder for click farms to replicate human behaviour.”

However, as mentioned earlier in this piece, fraudsters are just as industrious in their attempts to stay ahead of the security elements of the ad tech industry, with their techniques growing evermore sophisticated.

Sources consulted by ExchangeWire also argued that one fundamental flaw in the ad tech sector that lets poor quality traffic be traded on ad exchanges and networks is the prevalence of the last—click attribution model , which incentivises the entire industry to chase the last click.

Adit Abhyankar, Visual IQ, executive director, says: “Incentives drive behaviour. this is common sense. So if flawed attribution leads to flawed allocation of performance credit, which then leads to incorrect incentives, you can bank on the fact that, it will also lead to bad decisions.”

Meanwhile, Marco Ricci, Adloox CEO of content verification firm Adloox, argues that looking at at specific domains on ad exchanges and networks, for statistics such as CTR per domain and by publisher, is a more sophisticated method of detecting bot traffic.

AOD’s Bertozzi adds: “Attribution, econometrics, understanding business impact will all go a long way to removing an obsession on lowest cpm. It will also focus on the fact that advertisers should be challenging media partners to show where they are advertising line by line. If you have to be transparent about the media placement, you are less likely to buy the long tail.”

Employing sophisticated vetting techniques
Those ad tech players looking to perform blacklists [of sites that are known to have traffic generated by non-human traffic] should perform check such as clickthrough rate (CTR) per domain and by publisher, CTR vs conversions, and CTR vs IP addressees are all useful metrics, according to Ricci.

“We check clicks made in less than one or two seconds we can catch fraud – blink and you’ll miss it. Essentially our clients want a more granular level of transparency than the majority of the market offerings today.”

Bertozzi also argues that those players on the buy-side need to do more to improve the reputation of the sector. He adds: “We provide a rigorous vetting process called VivaKi Verified, which thoroughly evaluates media, data and tech partners to ensure that they meet our standards when it comes to brand safety, consumer privacy and client data protection.

“We have also a proprietary Quality Index that combines the [safety] signals from partners like comScore, Google, Integral Ad Science and Vindico to all the URLs we have in the AOD marketplace creating our own score.

"Metrics and standards aren't there yet and adoption needs to happen on a larger scale, but the cost of viewable ad impressions will go up and we need to be prepared to pay them to ensure that better brand-to-consumer interactions are happening. If the only metric is cpm, we are opening up the business to gaming the system.”

So the fact is, regardless of which statistics parties in the ad tech industry subscribe to, as to the extent of the problems of bot traffic, it remains clear that more can be done to address the issues of click fraud.

Those that choose to ignore the problem (for whatever means), are helping to propagate it.