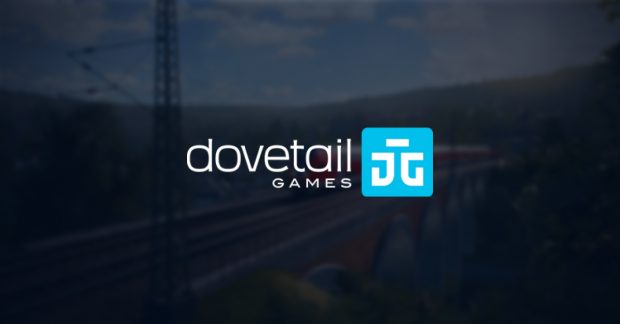 Bidstack is pleased to announce the addition of three new and exclusive titles from Dovetail Games, the world-leading simulation entertainment company, to its portfolio of simulation titles.

The hyper-realistic simulation games, which are available across PC and Console, are played by millions of gamers in key markets including the UK, USA and Germany and bring digital hobbies to life for passionate enthusiasts in more than 100 countries around the globe.

The new partnership will see Bidstack deliver seamless branded experiences into these virtual environments and create a new revenue stream for Dovetail Games while respecting the player experience by maintaining the authenticity of their titles.

The three games Train Simulator 2022, Train Sim World 2 and Bassmaster Fishing 2022, are ideal environments to host non-intrusive in-game ads as they feature natural spaces and surfaces where players would expect to see advertising in their daily lives such as on train liveries, platform billboards and around competitive fishing competitions, reflecting the real-world experience.

Train Simulator 2022 (PC only, where the player interacts as the train) and Train Sim World 2 (available on PC and Console, where the player is the driver) are widely considered to be the ultimate hobby games for enthusiasts looking to take control of authentic, licensed locomotives on high-speed services, long freight hauls and even international real-world routes. The games are built on the Unreal Engine, offering incredible graphical fidelity and new levels of realism thanks to Dovetail’s proprietary SimuGraph® vehicle dynamics engine.

The third title added to Bidstack’s portfolio is Bassmaster Fishing 2022, which launched on October 28th 2021. The game brings the thrill of competitive big bass fishing to eight real-world venues including the Sabine River, Lake Ray Roberts and St. John’s River. Players can compete as 10 Elite Series professionals as they fight it out to achieve angling immortality and win the Bassmaster Classic. Also powered by the Unreal Engine, players are able to lose themselves in beautiful environments and the immersive world of Bassmaster Fishing.

The new titles expand Bidstack’s simulation vertical following the recent partnership with Tangent Interactive and demonstrate the appetite from innovative publishers to take their in-game realism to a whole new level with thoughtful and immersive in-game advertising.

Commenting on the new partnership Gemma Johnson-Brown, chief operating officer at Dovetail Games, said, “I am excited to bring this next level of authenticity to our games. Our players are passionate enthusiasts who enjoy spending their time in the worlds we have created and this partnership will bring real world brands into these worlds, adding another layer of detail into the simulation for us.”

Antoine Jullemier, head of supply at Bidstack added, “these beautiful photo-realistic environments offer seamless placements for branding that enhance the gaming experience through the implementation of our technology. The opportunity to reach passionate enthusiasts through the Dovetail Games portfolio is an effective way for brands to extend their real-life sponsorships into the virtual realm.”