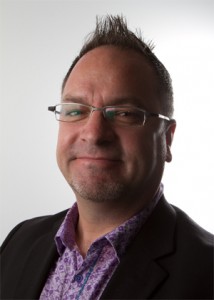 To see or not to see, that is the question. Too many digital ads never get seen. A huge chunk of digital display could be being seen by precisely no one. That’s advertiser money wasted and a poor buying strategy.

If this happened in outdoor, there would be an uproar, but just because an ad has been ‘sent’ to a computer – impression served – doesn’t guarantee that it’s actually seen, or even been rendered on a user’s machine.

Research that we’ve carried out in Germany shows that for many advertisers only 71% of their digital placements can actually be seen.

Based on diverse campaigns, and more than a billion served ads, the study found that while expandable formats were more likely to be seen by website users (80% visibility), some half-page ads were only 57% likely to be viewed.

It’s not just a problem in Germany. In the US, comScore has released software designed to measure the number of viewable impressions. Based on the principle that 50% of the ad must be visible for one second, a two-month study of campaigns for 12 big brands, including Kraft Foods, Ford and Sprint, found that 31% of 1.7 billion ad impressions were never in view.

The problem is three-fold: non-viewable ads were either below the fold, they never even appeared for technical reasons, or consumers scrolled away from the page or area the ad was placed, in less than a second.

Our German research was based on the principle that, to be visible to a consumer, at least 60% of an ad has to be on screen for at least one second.

Ideally, brands should be looking at longer dwell times if they wish to optimise effectiveness of their digital messages, but we believe that one second is the minimum time required for consumers to even register a message.

There’s a further issue with creative. A recent study undertaken by Alenty, an advertising visibility measurement company, indicated that the average creative duration is 15 seconds. To get the full impact consumers really need to see the whole sequence, but they rarely do.

The solution to this conundrum is a new metric for advertising. Some agencies are using visibility measures to improve their RTB algorithm. They also need to change to a visible impression (vCPM), which is the ratio of viewed impressions among impressions served.

Publishers too should prepare to adjust their trading models in readiness for the new currency. In order to monetise their inventory, they will need to develop a thorough understanding of the true value of each ad placement. comScore research suggests that some ‘above-the-fold’ ads actually have poor visibility rates because users tend to scroll past them quickly, in favour of positions lower down the page. This may mean that below-the-fold positions can attract premium prices. Some publishers may even choose to overhaul the design of their sites altogether to ensure that as many ads as possible can be viewed in full.

Advertisers need to place more importance on quality, transparency and relevancy, as the current ‘spray and pay’ focus on selling remnant inventory often fails to deliver to these brand needs.

They need to revamp their digital brand metrics, and in particular they need to adopt Opportunity-to-View-style measures. While it’s difficult to guarantee a user physically saw an ad, ensuring the ad is actually viewable on a user’s screen is a significantly better metric than today’s ad ‘impression’.

Finally, brands should start to measure the efficiency rate – the percentage of impressions whereby the visibility duration is greater than the creative duration. This will become a key proxy.

Taking this path will enable improved analysis, giving a clear perspective at a granular level of how placements should be optimised. This will increase the opportunities to for the ad to be seen, and therefore the likelihood of engagement.

With the implementation of data tags and tagging creatives it is now also possible to measure both the visibility duration and visibility rates.

The end result will be better transparency, better measurement and more accountability. Including such metrics as part of the campaign planning and assessment processes ensures Ebiquity can deliver both an integrated digital service and improved return on investment to our clients.