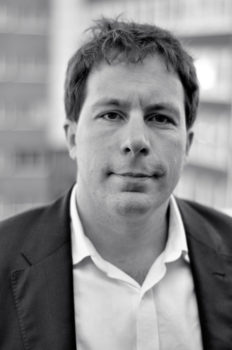 Stephen Upstone, LoopMe, CEO, asks if mobile has just leapfrogged magazines, newspapers and radio, in terms of ad spend, could TV be next? And if so, how will it overtake the king of the ad revenue channels?

Mobile display advertising is eating up the ad dollars and knocking down the ‘firsts’ at an incredible rate. Earlier this year the IAB showed how UK mobile advertising reached $1bn in 2013 for the first time and this is predicted to double in 2014.

Analyst house eMarketer forecasts that when the US says hello to 2015, it will be in a world where mobile accounts for nearly 10% of all media ad spending. In other words, it will have taken over magazines, newspapers and radio for the first time, to become the third-largest individual advertising venue.

It will then only have TV and desktop advertising to beat. This, from an industry that barely existed before the iPhone, is an astonishing ascendancy.

Within mobile however, video is emerging as a star performer. Three recent studies from heavyweight analyst houses point out that dollars are moving towards video, across territories globally.

A 2013 Millward Brown study in China showed how, simply by shifting 40% of a TV budget to other screens yielded an increase in reach of 20%, and reduced investment – effectively, increased ROI – of some 30%.

That same year, in a survey of attendees to a Digital Content NewFronts event, the IAB found that 70% predicted TV dollars to shift to digital within the next 12 months; and, here we are, 12 months later, with the IAB’s Video Ad Spend Study showing that  two-thirds of those surveyed say they'll increase their digital video spending in the next 12 months.

Meanwhile, India’s The Economic Times reports on how Procter & Gamble and Coca-Cola could be looking at building branded video streaming channels in India as an alternative to television ads.

These are not isolated events: this is a trend in which even the biggest spenders in the most regulated industries are eager to invest in video.

But there’s another trend at work here too. Did you spot it? That’s right: it’s not just about the growth of video advertising, or even its impact on mobile. It’s about the shift of budgets specifically from TV. If mobile has just leapfrogged magazines, newspapers and radio, could TV be next? And if so, how?

Firstly, it’s about formats. Video is a natural, logical progression from TV. People ‘get’ video, whereas other formats such as rich media can seem unnecessarily complicated or jargon-laden. And large brands have been advertising on TV for decades to talk to target audiences at scale. They’ve got video nailed. To shift this expertise from a one-way broadcast medium to an interactive targeted approach presents a significant opportunity to build deeper relationships and develop more accurate reporting and analytics.

If you want to know where formats are heading, take a look at Facebook. It’s almost a time machine of formats. When it started out ten years ago (yes, really, on February 2004 as ‘theFacebook’) it was largely text with some static graphics. But as it ramped up its platform and became about feeds rather than walls, it became more graphics-heavy, in a way that added to the experience rather than detracted, because bandwidth and processing power could support it. Moreover, Facebook also knows that bigger formats work better, with increases of over 10x CTRs as ads increased in size.

But take a look at your Facebook feed – right now, in fact, especially on your mobile. What do you see? My expectation is that there will be at least one video, maybe several.

From text, to graphics, to video. That’s how multimedia has evolved, both on desktop and mobile, and that’s how mobile advertising is progressing too. It’s not surprising. If I were to create a banner with a picture of me waving, you might not notice it to click it. But put a full-screen video in front of the page and you’ll most definitely see it, because full-screen video is a more impactful user experience. You’re also more likely to click it too if it’s been correctly placed.

And this format is being embraced by standards. Common standards are being defined by the IAB for rich media (MRAID), video (VAST) and native (TBC). This makes it easier for brands to adopt video through open standards rather than bespoke development, and where they see enhanced earnings and reduced risk, they’re likely to go.

Finally, targeting is driving mobile video. Increasingly, marketers are understanding that they can reach the audiences they want through programmatic buying of ad space. This is why AdExchanger has found that two-thirds of marketer respondents plan on spending almost half of their digital media budget programmatically. This makes full-screen video not just a quality experience for consumers; it’s also a format that advertisers can deploy with massive reach and, for brands, full-screen video means that any brand-safe site can now be a brand-safe video advertising opportunity, which can leapfrog online where much of the content is user generated.

Delivery mechanism plus format. Programmatic plus video. If you want proof that this works, take a look at Google and Facebook. Google is programmatic search and probably the most effective way for online businesses to acquire users, so it’s hardly a surprise that programmatic ad trading is proving successful too. And if Facebook is adopting video formats, then again, that’s endorsement from people who also know what they’re doing.

If you’re not convinced by studies, surveys, illustrations and anecdotes, then perhaps this will do it for you: a huge number of IPOs and M&As have recently been around video plus programmatic. Look left and you’ll see TubeMogul raised $44m at its initial public offering. Look right, and Opera acquired Adcolony for $350m. Look ahead, and Facebook has just bought video ad tech startup LiveRail. In truth, the money’s not just coming: it’s already here.