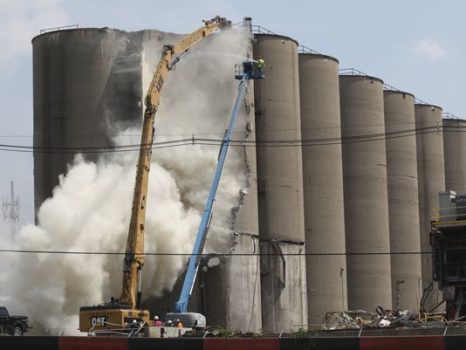 The worlds of ad tech and martech have long been on a collision course. The lines between the two are becoming more blurred with a cross-pollination of capabilities within both company sectors. However, there is resistance between them operating in an integrated way. ExchangeWire speaks to Sanjay Dholakia (pictured below), CMO, Marketo about how ad blocking is helping to unite the two worlds of ad tech and martech.

Advertising spend has been going through a period of high growth. In the UK alone, £3bn is spent on digital display advertising per year. With the advance of mobile advertising, spend on mobile ads specifically is expected to overtake spend on traditional desktop advertising by 2018, according to ZenithOptimedia.

The sad reality is that fewer and fewer people seem to be paying attention. Just look at the rise of ad blocking! In a recent study by the IAB, it was found that one-fifth of adults online in Britain have downloaded ad blocking software. This is up from 15% in June 2015. Among those currently using ad blocking software, 71% are doing so on laptops, 47% on desktop PCs. Less than one-in-five (19%) are blocking ads on tablets and just under a quarter (23%) on mobiles. We marketers seem to be throwing money into the void with traditional ads and ad tech.

I think ad blocking could be a wonderful thing. For too long advertising has been the broadcast of mass messages to customers, often intrusive and irrelevant. With the number of poor quality ads we’re targeted with on a daily basis, it’s no wonder people are literally choosing to switch off from advertising. Adapting to this changing landscape has left many of the big ad tech players scrambling to adjust their offering in a bid to thrive or survive.

Paid media and engagement marketing have previously been treated separately, with ad tech and martech operating in silos. This has to change to reflect increasing consumer expectations for a more cohesive and relevant brand experience. Consumers are figuratively – and often literally – telling marketers to get their sh*t together. They are telling us that they expect an ad unit to be as tailored and personal as the emails in their inbox (disclaimer: this is assuming that they are receiving smart marketing messages).

Marketing is opening up, moving from being in the business of communications to being in the business of customer experiences. Marketing has evolved to own all of the key touchpoints with consumers; whether that’s communications through messaging apps or posts on social media. Marketers are looking to integrate all of these platforms and touchpoints for a seamless conversation. This shift has shown us that if a brand provides consumers with relevant and useful content, they will respond positively.

This transformation has paved the way for martech providers to save the day for advertising, by offering the solution to issues associated with ad blocking. The increased adoption of marketing 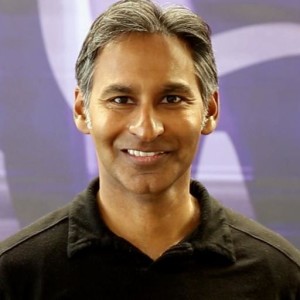 technology, powered by effective use of owned and first-party data, is steadily transferring power and responsibilities from agencies to brands. Marketers are now becoming more active and knowledgeable in sourcing the right technology solution that will deliver relevant and personalised brand messaging to customers. Facebook have publicly announced that they are opting to undertake projects via in-house teams, instead of agencies, during Ad Week, where the company’s CMO, Gary Briggs said: “We have to be so real-time that a larger agency just couldn’t do it for us… it is going towards a longer-term trend, where there’s going to be a lot more science in marketing.” During his keynote at the conference, Briggs highlighted the positive impact this move is having on the team’s reputation internally.

However, the key for brands to be able to utilise this technology will be making sure that these solutions are interoperable, to allow for easy integration with existing partners and databases.

By bringing point solutions into one central platform that talks to one central database, martech and ad tech can work together in partnership, creating a single, delightful customer experience. Have you ever purchased something from Amazon.com? How do they communicate with you? That is what this new martech world looks like – individual, personal communications everywhere – even in ads.

Some forward-thinking organisations are already doing this and seeing incredible results; one example is 3 Day Blinds, a customer of Marketo and ad tech company Turn. By combining data insights from both ad tech and martech, 3 Day Blinds’ marketing team were able to more closely listen and respond to each of their customers, helping them to deliver more personalised, relevant ads to their customers and prospects. In doing this, they increased their click-through rate by a staggering 140%, reducing their cost per acquisition to only one-fifth of what they were originally paying to acquire an appointment.

This holistic approach to communications will revolutionise the industry over the next few years by allowing marketers to be better informed with the right, clean data insights and how it can ensure the delivery of truly personalised marketing and advertising experiences across all channels. Thus reducing the appeal of ad blockers.

Ad blocking is the trigger needed to drive martech and ad tech towards a new future. By consumers taking action against the torrent of poorly targeted and poor quality ads, it’s forced all parties to rethink their approach. By tearing down the silos between paid media and engagement marketing efforts, these two functions and technologies can work together to drive improved engagement, and ultimately better customer experiences. It could just be a match made in heaven.