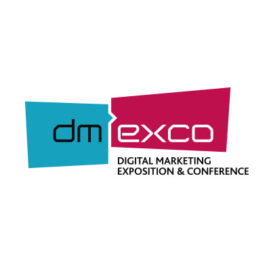 The dust has now firmly settled on an exhilarating few days in Cologne at the annual ad tech love-in, dmexco. This year was almost certainly bigger and bolder than last year, with 50,000 visitors and 1,000 exhibitors, crammed into four huge conference halls with a whisper of A/C and plenty of gimmicks to go round. From acrobatic dancers to live tattooists, professional baristas to lycra-clad promo girls (yes, even in 2016), vendors employed all means possible to draw in the hordes of visitors. Although, beyond the grand spectacle, is our industry better for it? In this piece, Ryan Kangisser (pictured below), managing partner, Stack I/O tells ExchangeWire who some of the winners, and losers, were at this year’s event.

Cologne tourism has really struck gold with dmexco as the €500-per-night hotel rates would testify! As much as a couple months before, Cologne is officially sold out with many attendees staying up to 50km away in Dusseldorf to travel to the event. AirBnB? No chance!

1,000+ exhibitors, with stands that really do stretch the imagination of what can be achieved inside a relatively small space. From Parisian apartments to forest cabins, budget really was no object!

Many can be forgiven for assuming the ‘d’ in dmexco represents the DSP & DMP community, but it is so much broader than that, as highlighted by the significant presence of marketing services companies covering a range of specialisms, including marketing automation, CRM, ecommerce, personalisation, analytics, and data visualisation.

…is thriving! Perhaps the most energetic and well-attended stands were the domestic ones, where it was clear that this is where the deals were being made and lost. It is perhaps another misconception that dmexco is a global event for a global audience, when, if anything, it is the global audience gate-crashing a domestic event. “Why are they presenting in German” was all too often heard in passing by some of the frustrated Anglo attendees.

Ok, a bit of a plug for Stack I/O, but what became abundantly clear at dmexco was the distinct need for independent advice to help advertisers navigate through this quagmire. dmexco is overwhelming – REALLY overwhelming; but beyond the hype and complexity lies an important need for clarity and direction on what is relevant, how it can deliver value, and how the chosen solutions can be effectively deployed. 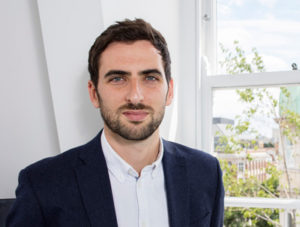 Given the transparency debate currently circling the industry (along with concerns surrounding the emerging tech monopolies), it was disappointing not to see a more significant presence from advertisers when dmexco offers such a unique opportunity to experience the innovation and diversity that exists beyond the established, global providers. At the same time, those stands with a ‘your name’s not down, you’re not coming in’ policy doesn’t exactly help!

At the risk of sounding like a broken record (ref: ‘less gloss, more substance’ published in 2015), we saw, once again, a technology community focus too much on features (‘feeds & speeds‘) and not enough on ROI and how to deliver effective deployment. Failing to address this only serves to add to the inertia felt by many brands trying to engage with this community.

Consolidation? Far from it! If anything, dmexco teaches you the advertising and marketing technology landscape is well and truly buoyant, with new partners emerging and existing partners pivoting to offer new capabilities. Of course there are no certainties; we will see the same crop appear next year, but this is likely to be more of a case of whether dmexco is able to deliver ROI, rather than their own longevity.

“Young and innovative companies in Hall 6”, and “American companies in Hall 7” didn’t exactly provide the most intuitive system when trying to thematically navigate through the 1,000 exhibitors. Instead, it created a more serendipitous experience rather than the surgical one many were perhaps looking for. Looking to meet all the DMPs? Good luck with that!

Much has already been written about, this but since we’re talking about the ‘losers’ at dmexco, how can we not ignore those companies who still believe their product isn’t strong enough without some lycra thrown in for good measure!