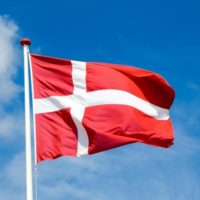 A near-30-strong collective of Danish media companies has been formed to negotiate with major US tech companies, such as Google and Facebook, over payment for online use of their material. The group, which includes state broadcaster DR; TV2; Berlingske; JP/Politikens Hus; and Zetland, is based upon the EU Copyright Directive which entered into force in June 2019 and gives publishers the right to claim revenue payments for the use of their online content. The collective will meet for the first time on Friday with the aim of appointing a manager and subsequently discussing content metrics and payment rates. In response, a Google spokesperson has stated that it will "respect the way that Danish publishers choose to negotiate” and has “already offered to start discussions with them, with the goal of reaching fair and reasonable agreements in line with the law”, while Facebook has responded by minimising the amount of content posted when users share hyperlinks.

Speaking to the Financial Times, Anders Krab-Johansen, CEO of Berlingske Media, commented, "What you see in most countries is that Google or Facebook negotiate particular deals with one or a few dominant media companies and they set the standard and the market has to follow. We would rather have a collective bargaining power, which gives us some size[...] “We’re not in a hurry. We need to do this right.” 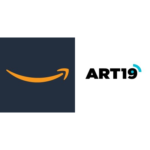 Amazon has announced that it has acquired podcast hosting and monetisation platform Art19 for an undisclosed sum. The move bolsters its Amazon Music offering by enabling it to host third-party podcasts and serve targeting ads against such content. The purchase continues an ongoing swathe of consolidation in the audio space, following Amazon's prior acquisition of Wondery for an estimated USD$300m (£216m), Sirus' purchase of Stitcher for an identical sum, and Twitter's buyout of social podcasting app Breaker for an undisclosed fee. In addition, executives from music and podcasting app Gaana announced on Friday that the service has secured IN₹2.926bn (£28.7m) in debt financing from Tencent Holdings Ltd.

A statement issued by Amazon Music reads, "We're excited to announce that ART19 is joining Amazon Music. ART19 is an innovative company that enables podcast creators to manage, distribute, analyse, and monetise their work, and we're thrilled to have them on the team. Together, we will be able to expand our offerings and even better serve your podcasting needs." 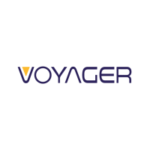 Filipino digital services and financial technology company Voyager Innovations has announced that it has secured USD$167m (£120m) in funding from existing backers KKR and Tencent, alongside new partner IFC Financial Institutions Growth Fund. The round will be used to expand the services of its PayMaya arm via the formation of a new digital bank, offering products including credit lines, insurance policies, and savings accounts. PayMaya has already garnered traction in the Philippines via its e-commerce functionality including payment acceptance and in-app merchant-consumer connection services.

Orlando B.Vea, CEO and Founder of Voyager, commented, "We have seen a quantum leap for digital payments adoption in the Philippines over the past year, and PayMaya has served as the nexus connecting consumers and enterprises with enriching digital finance experiences. This investment supports the unique value we bring and gives us a natural head start with the target market for the digital banking service."