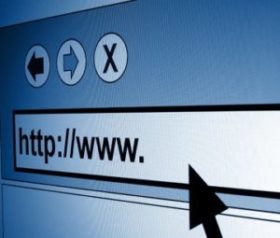 Earlier this week UK trade bodies representing brands, advertisers and the ad tech communities agreed a set of guidelines aimed at providing greater transparency in the online ad trading sector, bringing a near three-year deadlock to an end.

These trade bodies are: the AOP (Association of Online Publishers), ISBA (the self-styled ‘voice of British advertisers’, or brands), the IPA (Institute of Practitioners in Advertising, and IAB (Internet Advertising Bureau).

The DTSG has now published a set of guidelines aimed at minimising the risk of display advertising misplacement, including the use of CV (content verification) tools to ensure ads are served in appropriate schedules.

This means online ad tech companies have to open up their have their advertising misplacement policies and processes for audit by a third party (ABC is the auditor of choice, but others can be used) at their own cost to effectively receive the mark of approval from the bodies.

Market sources tell ExchangeWire the financial cost of audit itself is not onerous, but it’s understood that negotiations over acceptable practices (which have been taking place since 2011) had been stalled as some of the larger ad exchanges were initially resistant to such a scenario, and more in favour of a self-regulatory approach.

It remains unclear what made such firms agree to such an external audit, although both ISBA and the IPA pushed head with their own joint initiative on brand safety guidelines, with ABC acting as an independent auditor, while DTSG negotiations were on a hiatus.

Companies including Ad2One and IgnitionOne had begun signing up to the joint IPA and ISBA scheme since August this year. All of these companies will be subsequently ported to the approved DTSG list (see below for a full list of ad tech vendors that have signed up to DTSG). The finalised guidelines revolve around a six core principles (see bottom of page).

Many have billed the DTSG as a natural successor to the now defunct IASH (Internet Advertising Ad Sales House), which was stood down in 2011 to reflect the growing complexity of the online advertising market.

The working group is designed to provide marketers with more control and help ensure their advertising is far less likely to be associated with inappropriate or illegal content that could jeopardize their brand.

Many marketers at premium brands – who ultimately control the advertising budgets worth counting – have voiced concerns over ad misplacement, particularly since the stakeholder landscape became more fragmented with the introduction of agency trading desks, DSPs (demand side platforms), ad exchanges, SSPs (supply side platforms) and other real-time operators.

In a press release announcing the DTSG, Nick Stringer, IAB’s director of regulatory affairs, said: “The DTSG’s good practice principles represent a major step forward for the whole industry to help minimise the risk of ad misplacement in a complex market. They will give marketers greater confidence to continue to invest in digital and the IAB encourages all relevant ad trading businesses to participate.”

The scale of brands’ anxiety over this online brand safety was made evident when recent research from content verification company Project Sunblock revealed that over a third (38%) of client side marketers have no idea where their display ads are served.

The survey, based on 268 interviews with brand marketers, also found that 62% of participants claimed to have no way of gaining access to real-time analytics on their marketing efforts.

Andrew Goode, chief operating officer of Project Sunblock, told ExchangeWire: “The scale of the problem is the sheer volume of undesirable inventory [being traded via exchanges].

“Advertising has been a paper business for years but with the web no one [company] has the resources to police the sheer scale of inventory.”

Nigel Gwilliam, IPA’s head of digital, said: “Misplaced advertising affects the whole online industry, so it is only right that we are addressing this from a cross-industry standpoint. These principles will increase the transparency, accountability, trust and safety that our advertisers and agencies so rightly deserve when placing ads online.

“Any business keen to demonstrate its responsibility and commitment to brand safety has nothing to lose by signing up to them, and everything to gain.”

1) The buyers and sellers of digital display advertising must ensure the transaction adheres to a “primary agreement” or the specific terms and policies within a signed or agreed contract.

2) Those agreements or contracts should include the buyers and sellers’ intentions as to where the advertising should or should not appear. They should select from one or both of the following means to minimise ad misplacement:
a) An independently certified content verification tool
b) Appropriate or inappropriate schedules agreed between the buyer and seller pre-delivery

3) Sellers should confirm “reasonable endeavours” will be applied to minimise the risk of ad misplacement.

4) Sellers should be able to explain the processes that form the basis of these reasonable endeavours.

5) Both buyers and sellers should understand any contractual consequences should they fail to monitor these processes and respond appropriately to ad misplacement via take down.

6) Each signatory will have their ad misplacement minimisation policies independently verified within six months and thereafter every year.