eBay Advertising has just concluded its 'Programmatic-Only Week' in an attempt to galvanise the wider advertising ecosystem to wake up to the potential of trading media programmatically, with media buyers calling for further such experiments. ExchangeWire explores the week-long experiment, and talks to eBay Advertising on how it envisages its programmatic future.

The ecommerce giant concluded the trial – where all of eBay Advertising’s standard UK display inventory was booked and executed solely via programmatic trading – on 22 February, and claimed the project was used to help shape its future programmatic advertising strategy by gathering feedback on campaign performance, brand participation and operational process.

Phoung Nguyen, eBay Advertising, director, told ExchangeWire, the initiative was an attempt to crack residual resistance to programmatic media trading, with progressive media buying outlets invited to participate in the trial, but added that a lot of work still has to be done before programmatic will become the standard means of media trading.

Danny Hopwood, VivaKi, head of platform, EMEA, said: “Programmatic is our preferred way of trading media as it combines audience insights and data analytics to drive efficiencies in campaign delivery.  More and more of our clients are also seeing the value that programmatic offers to their advertising from both a cost and creative perspective.

"For programmatic to reach its full potential however we need both buyers and sellers to embrace it and be open to test and learn. eBay’s 'programmatic-only week' is a great opportunity to do so and we look forward to more publishers following their example.”

Nguyen added: "Our experiences have shown us there's a great appetite for programmatic guaranteed, but from a technology point of view, there's still a bit of work to be done. For instance, we could have been a bit more ready to implement it at scale, but I don't think we're too far away. However, what this has been is a good catalyst to get things moving.

"It's also been a good opportunity to look at things like the delineation between things like 'programmatic guaranteed' and 'private marketplaces' [PMPs]." 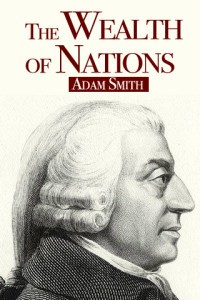 eBay Advertising currently offers programmatic advertising via both private and open exchanges, and from today (23 February) has resumed its usual advertising trading strategy (i.e. working with sales house Ad2One for more direct, manually negotiated deals). Nguyen said the experiment helped iron out some of the choices facing the industry as it becomes increasingly dominated by ad tech.

One such dilemma explored was: "To RTB, or not to RTB?", he explained. Nguyen added that while 'programmatic guaranteed' does offer benefits such as streamlining workflow processes, at a pre-agreed price, he is a personal advocate of Smithsonian market principles (which is in keeping with the eBay proposition to both merchants and consumers).

He said: "I'm a big fan of the notion of a marketplace-driven auction dynamic, that truly democratises [media] inventory pricing. The dynamics of supply and demand mean that you will ultimately arrive at a fair price. In my mind, this is the most efficient way of doing business."

However, the fact that eBay Advertising's long-time ad tech partner Rubicon Project recently shelled out, what was believed to be, $30m for the dual acquisition(s) of iSocket and Shiny Ads is an indication of a converse view from media buyers, many of whom prefer 'programmatic guaranteed', or 'programmatic direct', deals.

Anna Stoyanova, Essence, head of programmatic EMEA, echoes this view. She told ExchangeWire: "eBay's 'programmatic-only week' focused on buying through auction. During the week we saw a massive increase in supply relevant to demand, but we haven't seen a devaluation of the inventory, which is really encouraging for publishers and brands.

"With eBay focussing solely on auctions, this led to the greatest possible pressure testing of a pure RTB environment. In the future, it would be good to test a more realistic scenario that includes preferred and guaranteed deals as well as open exchange and PMPs.

"At Essence, we launched our new operating model last quarter. During the eBay experiment, this way of working was generally successful in operating in a 100% programmatic world but it’s taught us we need to make some small tweaks to streamline further."

However, while Nguyen does appreciate the importance of the 'predictability' of programmatic guaranteed for media agencies (i.e. it means they are more assured over the cost of inventory, plus others issues, such as brand safety), his personal opinion is that trading media in such a fashion may inadvertently be "slowing down the progress towards the true democratisation of the price" of media that can be realised using RTB.

Although, despite personal differences over philosophies on trading models, it does appear that both opinions can coexist. Nguyen added: "Add to the full democratisation of RTB, with the still super-efficient, and highly reliable, 'programmatic guaranteed' models then it makes a sensible acquisition for Rubicon Project, they always innovate at a pace that makes me happy." 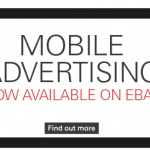 With the entire industry calling out for effective mobile advertising solutions, the ability to help advertisers execute cross-screen advertising campaigns is now not just an advantage over rivals in the advertising market, but indeed it is fast-becoming a necessity to remain relevant in the market.

This is much easier said than done, and many ExchangeWire readers will need no reminder over the limitations of using cookies to target and track audiences on mobile. A tacit admission of this difficulty came in 2012, when eBay itself halted offering ad placements via its mobile apps (despite a huge amount of its users accessing the platform), with Devin Wenig, eBay, president of global marketplaces, claiming the user experience for consumers was unsatisfactory, plus it delivered minimal revenue. In short: "It's just wasn't worth it", he told AllThingsD, at the time.

Fast-forward two years, and eBay has resurrected its strategy of selling mobile apps, this time using native ad formats (where advertisers and publishers essentially co-create an ad), a decision taken to "help brands curate the eBay shopping experience," according to Nguyen. Although, this is not something that is available via programmatic channels at present, as again advertisers and publishers still have to arch a consensus on how to do so.

"This is much better than having a standard banner slapped on white space, but for an advertiser to plug all their assets [such as advertising copy, etc] into a system, and then trust a publisher that's a whole new ecosystem, and way of working that has to be worked out."

Such matters have to be resolved, before native opportunities are made available via programmatic channels, but Nguyen explained it is fielding pitches from ad tech partners to do so in future.

"At present, we are only selling native placements direct, part of the reason for that is we haven't yet set up the placements to be traded at scale, but we are easing our way into it. We are learning as much as we can before we open up the floodgates," said Nguyen.

"If you're an advertiser, you need to be remarkably comfortable the publisher will do the right thing with your brand. Plus we [as an industry] need to work out things like what are the standards, etc? I envisage a future where we will be able to work out how to pull together the right assets to make sure we have the right [native] ad to serve to someone looking for a particular product."

With native ad formats (currently eBay Advertising's only mobile proposition) now the domain of premium brands with large scaled ad budgets, ExchangeWire asked Nguyen about its plans to make a similar offering to long-tail merchant traders on the platform?

He added: "I believe there will be different parts of the eBay proposition to different tiers of merchants –or different parts of the 'brand curve' – the purpose of which will be to engage the user depending on their mindset, but one thing that we have to remember is that programmatic native (or native at scale) is still in its infancy."