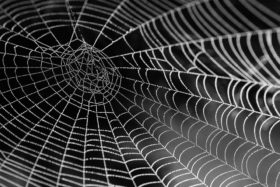 Publishers in Asia-Pacific still are putting multiple codes from different SSPs, which drags down page loads and worsens ad latency. They need to move away from this and start embracing header bidding, urges Rammohan Sundaram, C1X’s Asia-Pacific Middle East Africa managing director and senior vice president. He notes that awareness of header bidding in the region remains nascent, but will continue to grow as it becomes the standard platform to connect with SSPs.

In this Q&A with ExchangeWire, Sundaram also discusses what publishers here need to do to address advertisers’ key concerns around viewability, brand safety, and fraud.

Rammohan Sundaram: The region is a diverse market with each of the countries at different levels of maturity in the digital space.The most mature markets are skewed to a few territories when it comes to scale and those are China, including Hong Kong, Australia, and Japan. The emerging markets in the region like Indonesia, Malaysia, Vietnam, Thailand, the Philippines, and Singapore have very different challenges, compared to the rest of the dominant markets. This is largely due to the overall population and growth of mobile, especially in Indonesia. The value of the ad inventory lost on desktop is not making up for the gain on mobile as eCPMs are lower compared to mobile, and there is a lot of supply in emerging markets.

Hence, the biggest challenge for a publisher is to continuously look for better eCPMs and this has pushed ad tech companies to come up with different solutions to ensure the advertiser mix is robust and drive up the value for every impression. In this aspect, it is critical to have a few tools that are easy to use and deliver what an advertiser is looking for.

Where does header bidding play a role? And have Asia-Pacific publishers begun adopting it?

Some publishers, especially the most sought-after in the region, are still putting multiple codes from SSPs on their pages. This slows down the page and the waterfall approach does not give them the same results as header bidding. We are starting to see this practice changing as header bidding containers become the standard operating way of connecting with SSPs. This will further improve as publishers’ understanding increases and more ad dollars go towards online.

Header bidding optimises the number of tags on the page and reduces ad latency and loading times since everything now is part of the wrapper, compared to the waterfall model. This helps optimise the page weight and makes the consumer experience smoother. 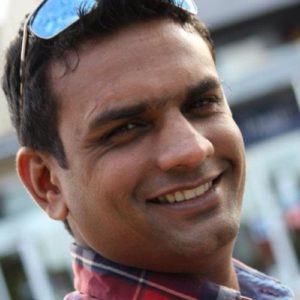 Since all the demand is on the same page and bidding simultaneously, the realisation of eCPMs for the publishers is much better. On average, there’s a 20% to 50% lift in yields for header bidding compared to waterfall.

The awareness of header bidding in the region is very nascent for now. It’s improving slowly and publishers are testing header bidding wrappers like Prebid.js in many markets. At C1X, we are educating publishers in the APAC market on the advantage of using header bidding so they can get better yields and have more sources of demand bidding on their inventory without latency. Smaller publishers in Asia-Pacific, though, face some challenges. For example, they don’t have tech teams’ expertise to test and implement header bidding tags on their pages.

International publishers operating in this region have full-fledged programmatic teams managing their inventory in the region and showing the way for other publishers to learn from.

In your interactions with Asia-Pacific publishers, what benefits, as well as concerns, has programmatic brought about?

Bigger publishers that have adapted header bidding are seeing some lift in revenue, but it’s not in the same tune as publishers in matured markets like US or UK where the number of demand players bidding for the inventory is substantially higher.

The perception of programmatic amongst many publishers here still is that it involves cheap inventory, since it’s remnant, and what they get as eCPMs is very low. This will change as more publishers adopt header bidding adapters and have inventory available on programmatic direct, enabling them to get higher monetisation for their programmatic inventory.

With Asia-Pacific comprising several mobile-first markets, how are publishers in the region tapping this consumer segment? And what are they doing in this space that still needs further innovation or improvement?

Publishers are upgrading websites to support adaptive screens and ads that are compatible for smaller screens. They are also launching apps to help boost their mobile presence. The usage of such apps depends on the type of genre the publishers covers. Sports, finance, and news seem to have higher adoption compared to others.

What are advertisers in this region most concerned about today and how can publishers play a part in helping to resolve these?

They are most concerned about viewability, brand safety, and fraud. More and more advertisers are defining a minimum threshold in terms of viewability for their campaigns, but publishers still are to adopt this as a standard in the market.

Publishers should be open to third-party verification for RTB campaigns that many DSPs support. They also should support their premium buys with viewability and brand safety measures as well as anti-fraud tools. Some premium publishers already have addressed the viewability issue by only counting viewable impressions; although, the industry still has a long way to go in adopting industry standards.

Mobile-first markets also face ad blocking, which is proving to be a big issue as users want to optimise their data usage, and this causes a big discrepancy between what’s served and what’s seen.

On the demand side, organisations such as MRUC (Media Research Users Council) and the IAB (Interactive Advertising Bureau) have played a big role in identifying the kinds of the metrics that should be for viewability. These apply not just for video but have been coming into play on banner ads. There also are various partnerships between agencies and ad-tech vendors, players like Moat and IAS (Integral Ad Science), that aim to address ad fraud. And publishers are actively being educated on the need to comply with these policies so that we have a brand-safe environment that will eventually increase eCPMs.

A common observation in this region is that most advertisers are focused primarily on low-cost impressions and click-based metrics. Do you agree with this assessment and, if so, which markets do you see this to be most prevalent?

Click-based metrics are prevalent to a large extent and this requires education for both advertisers and agencies. For maturing markets like India, Indonesia, and Vietnam, CTR seems to be a measure of success and clients are obsessed with it. However, as online users mature in a market, CTRs go down. So, today, Vietnam may have better CTR than Indonesia and India, it does not mean the campaign is more successful in that market compared to Singapore, which may have lower CTR for the same campaign.

Matured markets like Singapore and the UK typically have much lower CTRs. Marketers need to assess their share of voice (SOV) and brand recall that these campaigns generate and how these are impacting the business they are in. For instance, nobody measures television or print on such metrics. Marketers would look at the GRP (gross rating point), readership or viewership they reach, and how ads on these mediums are impacting their sales. As an advertiser, it’s more important to see what segments you want to reach and the share of voice in that segment to establish the impact of the campaign.

Regarding the low value of impressions, we are in this situation because advertisers (who have long been taken for a ride) now have the power with programmatic-driven advertising enabling complete transparency and eradicating any middlemen that would come between their ad dollar and the consumer.

So, when they realise they’re getting back just 60 cents on every dollar they spend, they will ask for the remaining 40%, and this automatically brings the price down. Over time, click bots and other fraud mechanisms have surfaced and made a killing. When these early short-term gainers came to the attention of advertisers and digital budgets grew, demand-side partners took cognisance to the issue at large and brought in various measures to secure their budgets. That is why, today, you have DSPs advocating transparency and large advertising holding companies investing heavily in technology to address the menace.

And, as I mentioned, programmatic advertising is eliminating the middleman or arbitrage players, thereby creating more value for publishers and advertisers in getting their desired supply at the right price. In the long run, every advertising and marketing platform will command the right price.

How has this impacted the way publishers manage their inventory? And what needs to be done to change this?

Many publishers in the region don’t have any first-party data and very few work with third-party players like Lotame or Bluekai. If more publishers support such model, then even premium buys can be targeted and campaigns will reach the right audience and they could get more eCPMS in the long run.